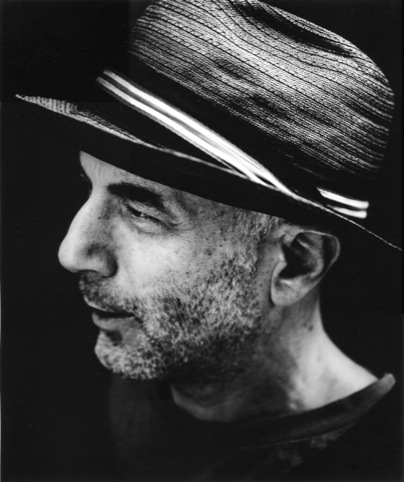 Industrial designer Arad was born in Tel Aviv and studied at the Bezalel Academy of Art and Design before working at the architectural Association until 1979.

He is probably best known for the Rover Chair, designed in 1981, which was hailed as a post-modernist triumph and melded an old car seat with a structural tubing frame.

Other works include tables that ‘climb walls’ and chandeliers for Swarovski composed of LEDs, which can display text messages – if you have the chandelier’s phone number.

An accomplished architect, he has designed the Tel Aviv Bauhaus Museum and Design Museum Holon, in Israel.

Oh and he was head of the products design department at Royal College of Art between 1997-2009.

It is an illustrious career, and he is noted equally for work in product design and architecture. Most of his work is underpinned by a fondness for masculine forms and materials, steel mostly. And hats, he wears a lot of hats.

In May, when Arad is due to speak, he will take to The House of St Barnabas’ chapel, one of the only parts of the building to stay open as the rest is turned into London’s first not for profit members’ club, due to open later in the autumn.

On the night Arad will be interviewed by founding member of The House of St Barnabas, Richard Strange who is hosting the A Mighty Big If series running as part of The Spring Culture season.

Tickets are available from www.wegottickets.com/thehouseofstbarnabas or you can head to HiBrow.tv, which is filming the event and will stream it shortly afterwards.

Richard Strange in conversation with Ron Arad takes place on 15 May at The House of St Barnabas, 1 Greek St, W1D.