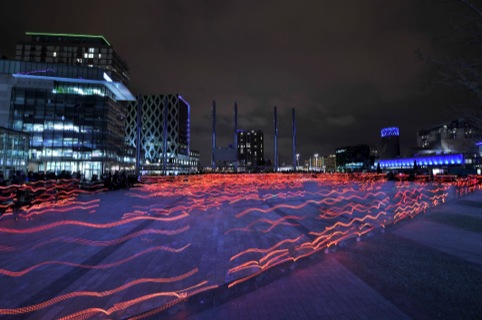 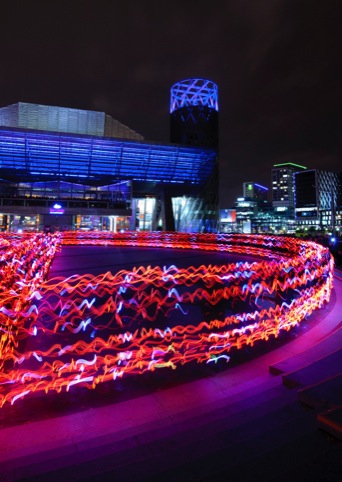 LEDs were attached the joints, limbs and heads of runners, who created patterns of light as they moved around the quays at dusk.

NVA could choreograph the light show by remotely controlling the lights in each individual suit. 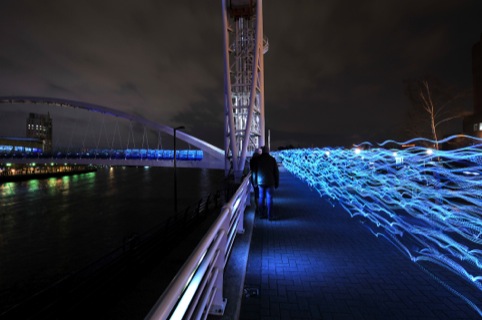 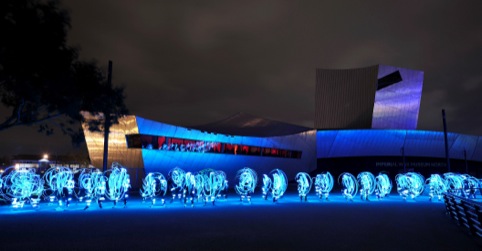 Speed of Light has previously been staged at the 2012 Edinburgh Festival and on the docklands of Yokohama in Japan, and was shown in Salford from 21-23 March.

What is cystic fibrosis? This new charity identity aims to show us