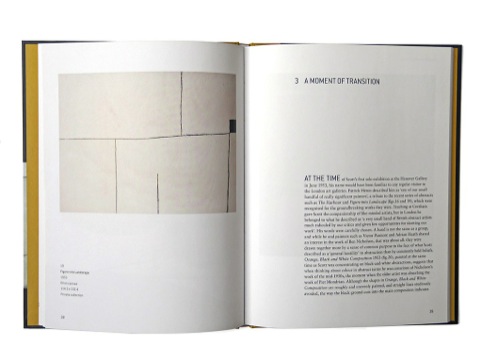 The books are intended as affordable and accessible introductions to some of the greatest figures in British art. They cover all media and styles, including, for example 20th-century sculptor Barbara Hepworth and Pre-Raphaelite painter Dante Gabriel Rossetti.

Webb & Webb co-founder James Webb says, ‘They’re not textbooks – they’re intended to be accessible and provide a well-rounded view of the artist.

‘With the redesign, Tate wanted us to make them more sexy, and for people to want to collect them. They’re designed to look stylish and like the sort of thing that wouldn’t be out of place in a photoshoot – the previous ones looked a bit like texbooks from the 1990s.’

For the cover designs, Webb & Webb has introduced a template that allows different types and sizes of images to be used. The colours used are based on the artist’s palette.

The Conduit typeface has been introduced, which Webb says ‘is slightly rounded and works well with the Tate logo’.

Webb says, ‘We were aiming for a look that would be classic but modern. We hope they will be prominently on display and form a recognisable series.’

Turning your business around in the face of recession