The consultancy was appointed last year to clarify the charity’s positioning, and says it discovered that supporters felt that general understanding and awareness of cystic fibrosis was low.

Johnson Banks creative director Michael Johnson says, ‘As the research stage progressed, we kept asking “but what is it, exactly?” and received a multitude of different responses.

‘Mid-way through the research stage we had a breakthrough when we noticed the “is” at the end of “fibrosis”. So we suggested the charity should activate the ‘is’ in their name with a series of statements, effectively forcing it to always explain what it is, does and why they are here.’ 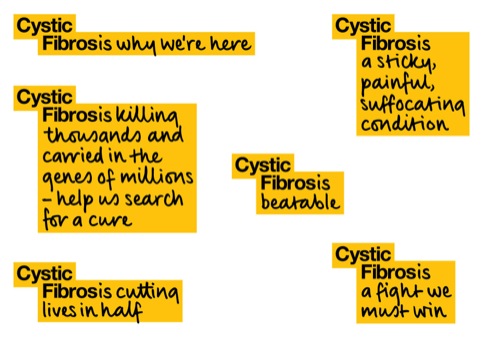 Johnson Banks says the charity now has around 40 sentences that they can use, and more are being added all the time. Some applications allow event posters and leaflets to be over-written by hand.

The consultancy worked with Nick Cooke to develop the ‘friendly and informal’ hand-writing typeface, which can be used through all the elements. The yellow colour is retained from the previous identity but made slightly ‘warmer’. 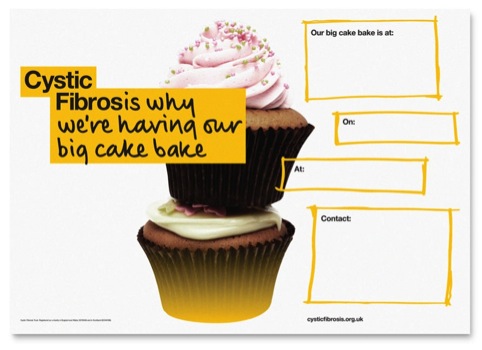 Johnson says the colour ‘gently graduates up from the base of some photos – hinting at the presence of cystic fibrosis without actually showing or saying it.’ 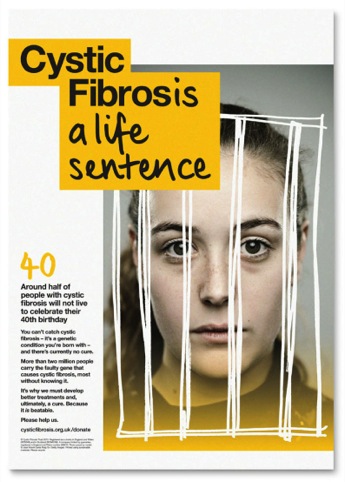 Photographs of people with cystic fibrosis were shot by Christopher Ball for use in campaigns. 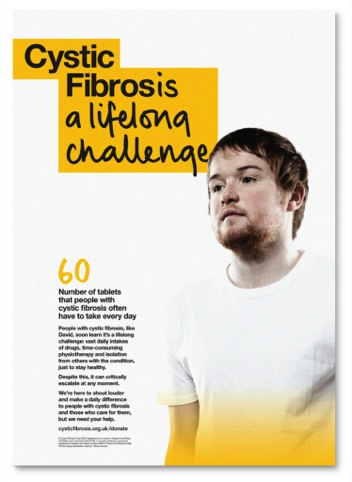 The new identity is rolling out this week on applications including a new website, developed by Reading Room, and a film, by Sebas and Clim.