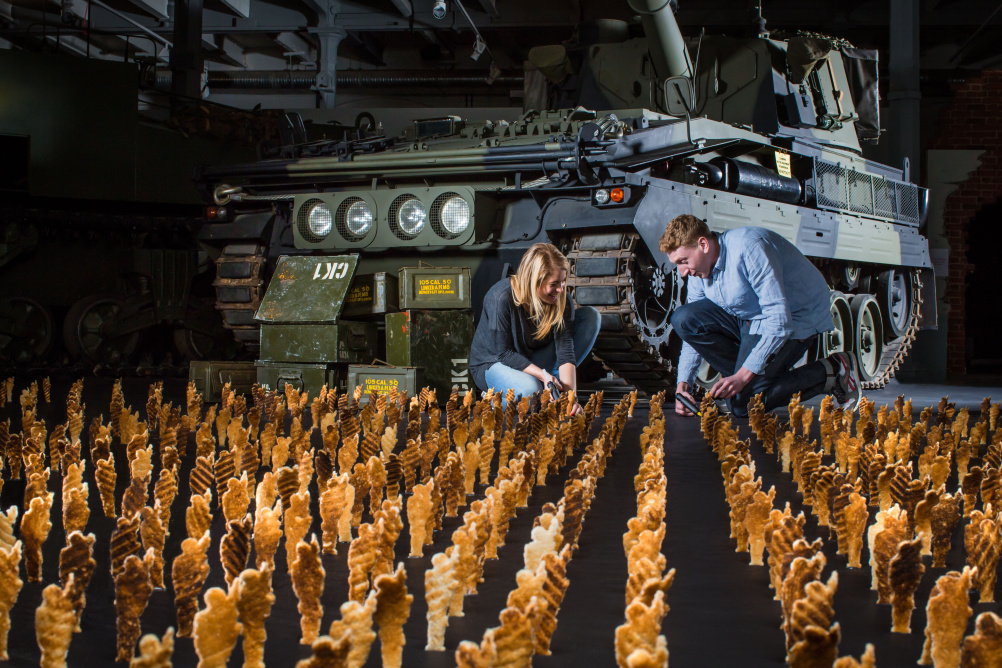 Eggs for Soldiers launched in 2011, with branding and packaging design by Springetts. The brand is a partnership between Noble Foods and Help for Heroes and aims to raise money for the charity – 15p for every box of six eggs sold. 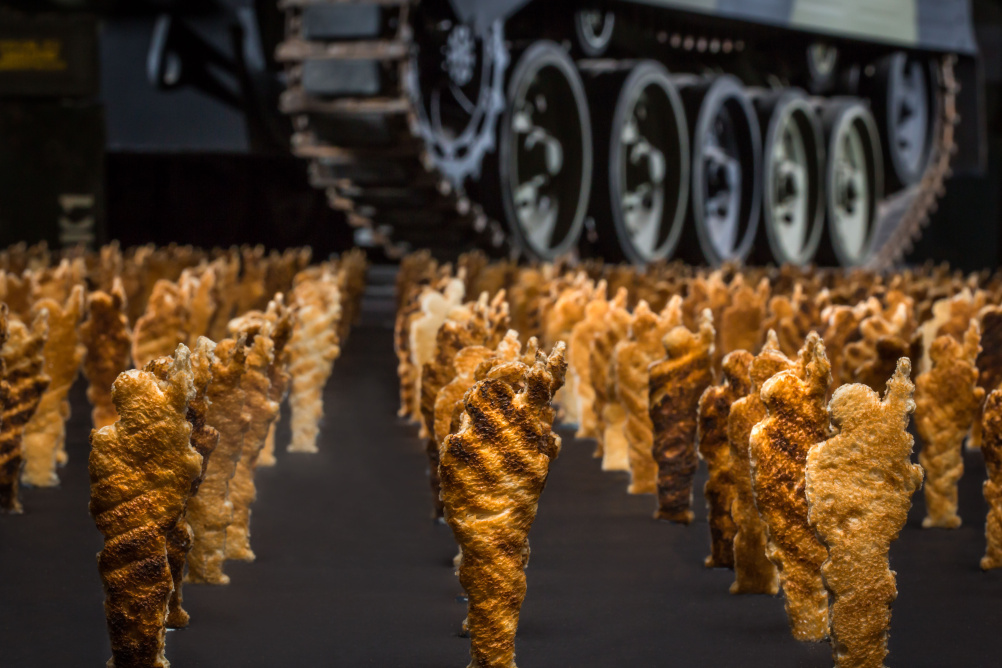 To raise awareness of its fundraising, Help for Heroes created a 1000-strong toast army, which is going on display in London’s Royal Artillery Museum. 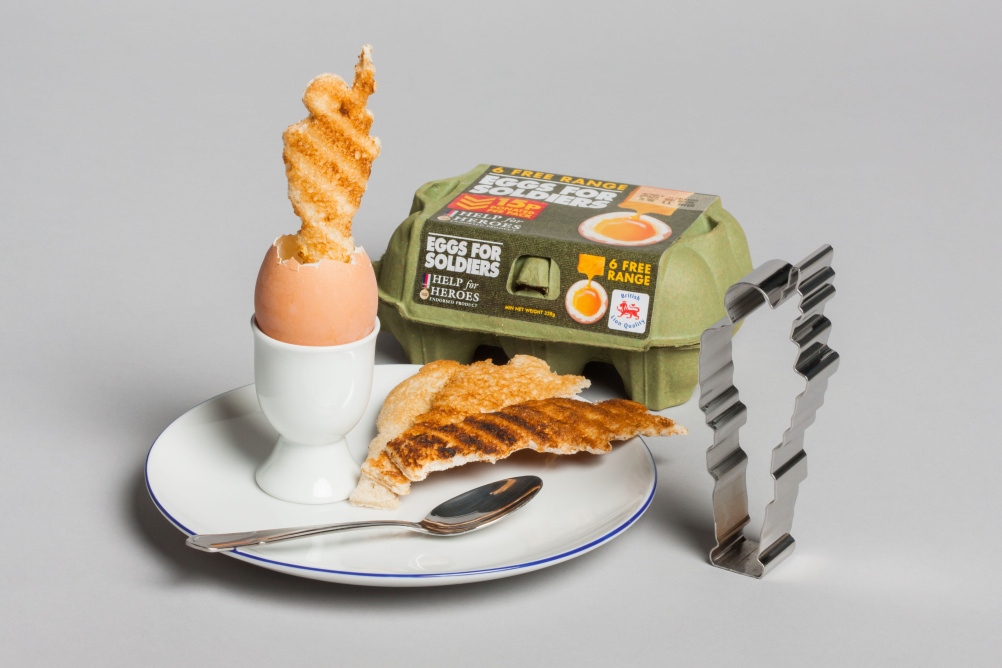 The ‘Toast-A-Cutter Army’ (inspired by China’s Terracotta Army) has been made using bespoke cutters and took a team of five more than 16 hours to create, from 80 loaves of stale bread.

A section of the army will be on display at the Royal Artillery Museum’s Firepower Gallery for the next six weeks.

Meh. And other Contemporary Cultural Observations.

A tape-based identity for Web of Things