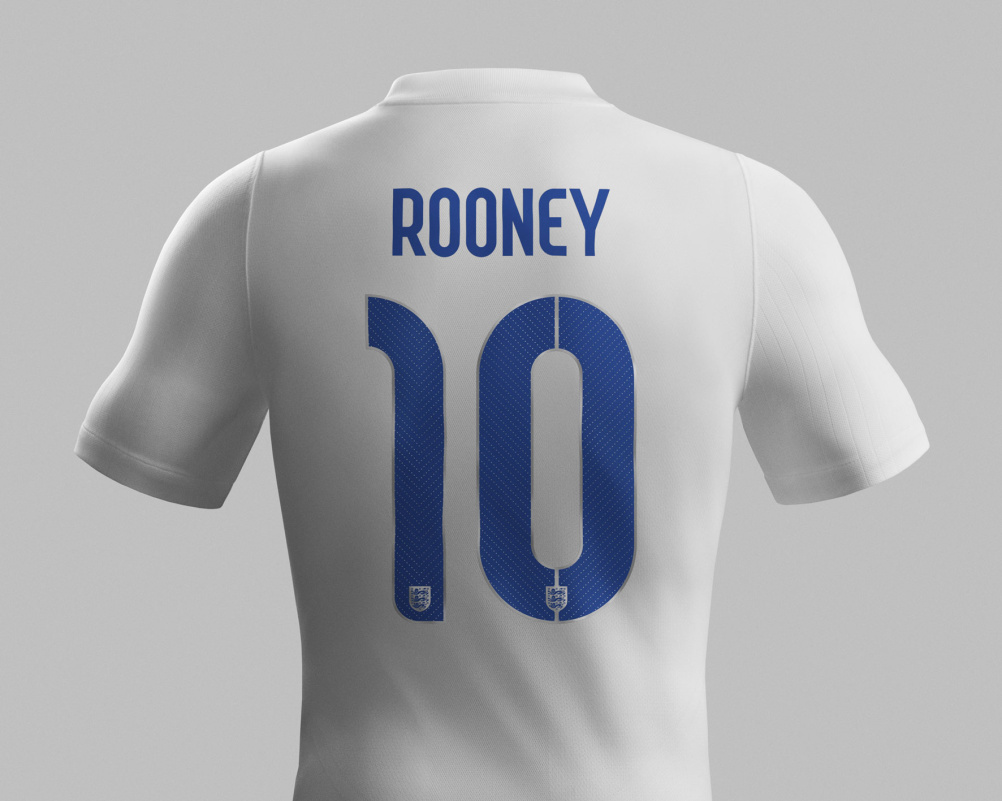 Brody says, ‘The core inspiration was to focus on the intersection between flair and workmanlike reliability.

‘Small touches emphasise the idea of innovation, invention and surprise, built around a more geometric structure.’ 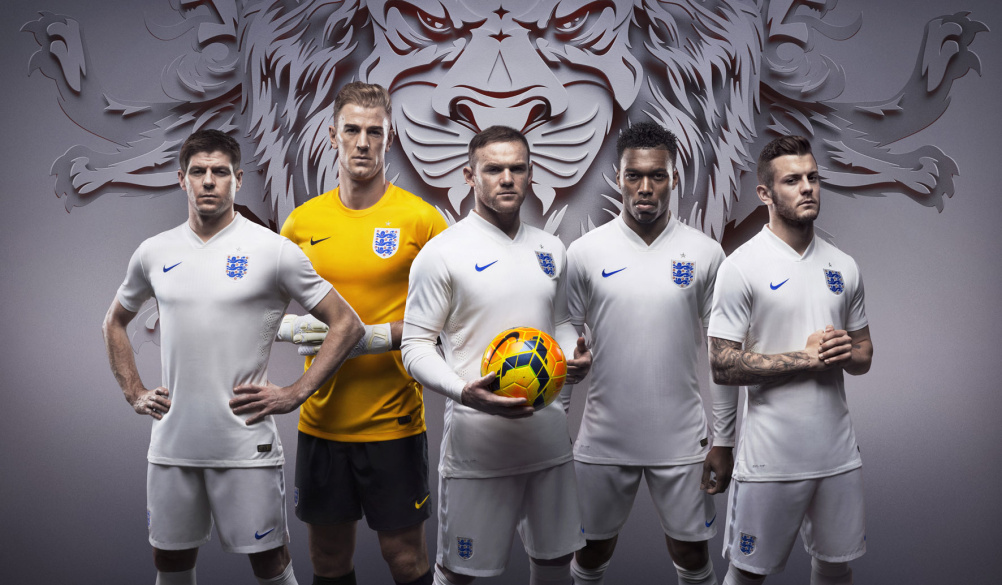 Nike has designed a home and away kit for the tournament, which it says balances ‘English football history and culture’ with ‘performance innovation’.

The fabric of the home shirt features satin tape on the shoulders to give a shine, and a pinstripe across the whole jersey.

This has been reflected in the rendering of the typography, which also features a pinstripe. 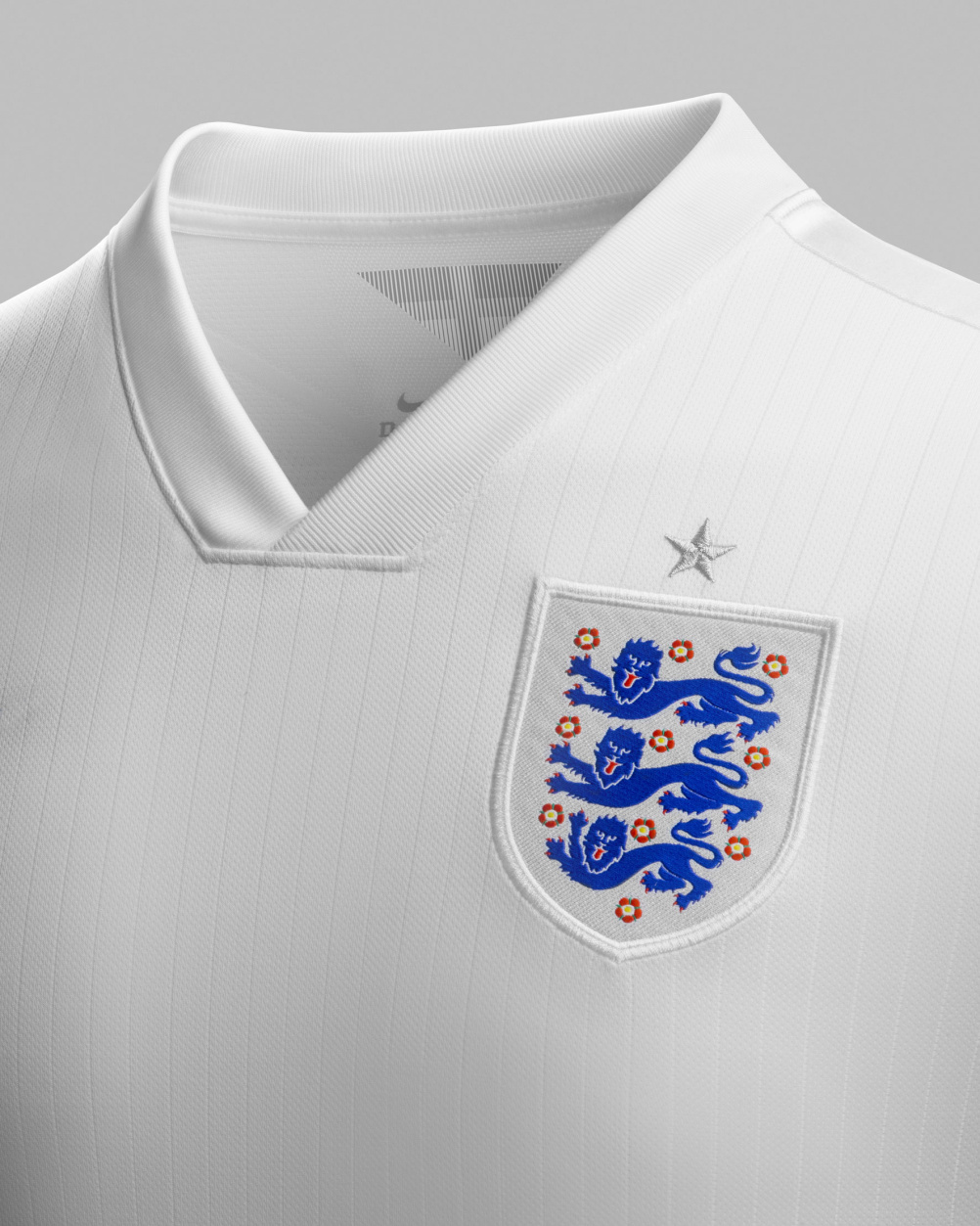 Brody says, ‘The industrialised suggestion of a stencil was simultaneously based on a pinstripe motif, combining style with no-frills efficiency.’

Inside the back of the neck is a pennant tab with a silver pinstripe graphic that forms a St George’s Cross.

The silver theme continues on the three lions crest, which has a metallic weave to create a shimmering effect when it catches the light.

Nike football global creative director Martin Lotti says the kit is based on the all-white strip England wore to the 1970 World Cup and has also been inspired by the armour of English knights.

Lotti says, ‘You can see subtle references to the armour in the pinstripe, which carries a hint of shine, and in the white satin tape on the shoulders.

‘We wanted to add some small detail that echoed the glow of the armour worn by St. George.’ 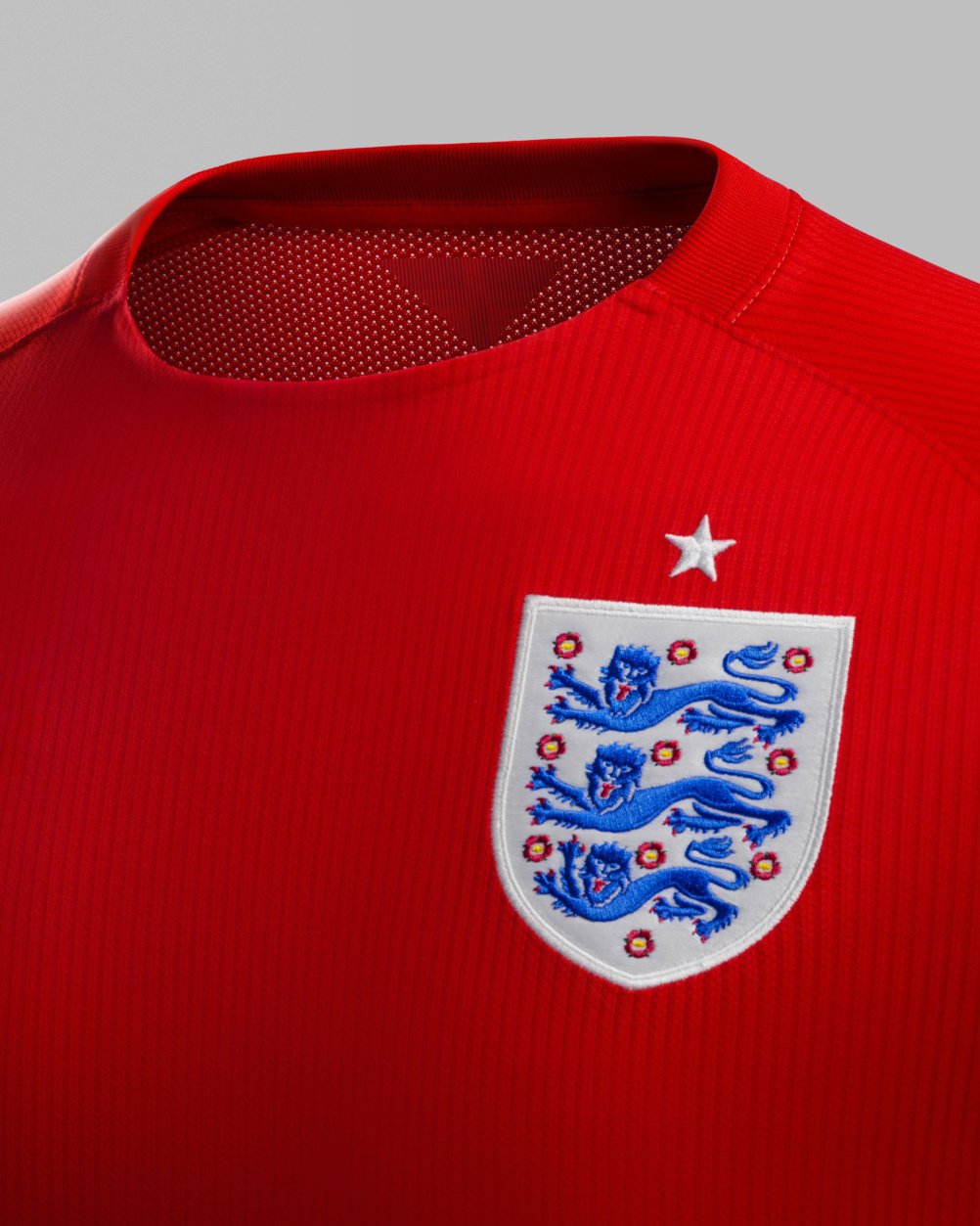 The red away shirt features a round neck rather than the V-neck of the home shirt and has an ‘optical illusion’ St George’s Cross, which Nike says cannot be viewed up close, and apparently only comes into focus from a distance. 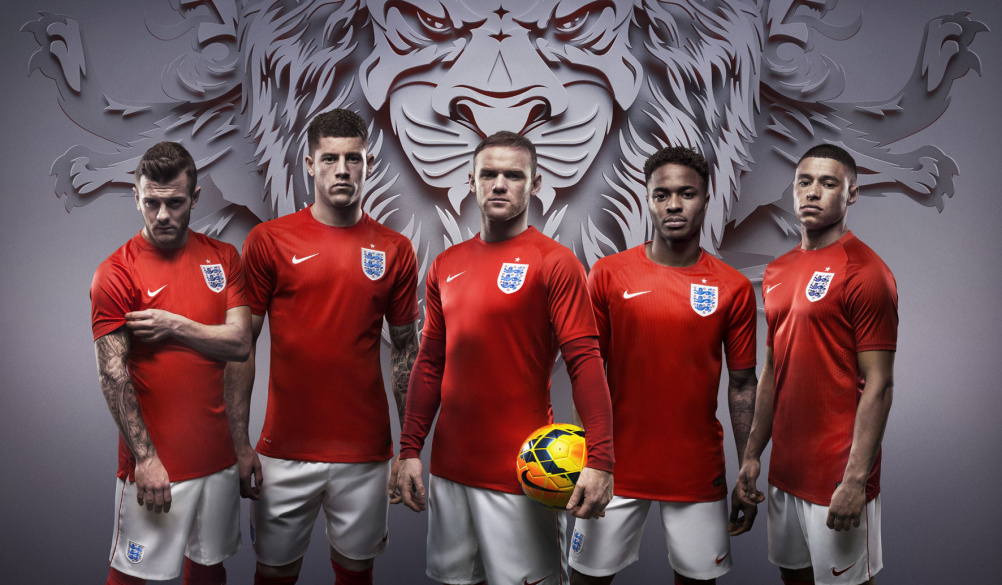 The new home kit will get its first outing at Wembley on 30 May when the national team takes on Peru in a friendly.