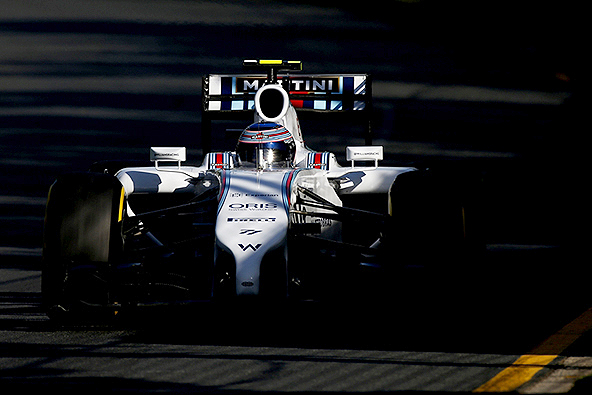 Williams has been involved in racing and Formula One for 36 years, but little is known about its technology and engineering business off the race track.

Gareth Howat says, ‘The challenge was to create an identity that reflected a high quality, dynamic, advanced engineering company with a contemporary and premium feel, without neglecting the racing heritage that they have.’ 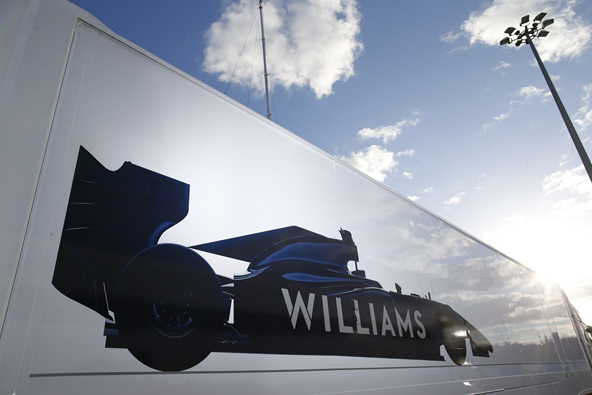 The corporate identity uses a typographic mark based on ‘simple geometric forms’, says Howat, and features a ’W’ which has been created using a beveled form ‘to be a simple but distinctive monogram.’

It uses a palette of Williams’ core colours blue and white,  and is contextualised with simplified brand architecture ‘relating everything to the core Williams name and rationalising the system of naming,’ says Howat. It is set within an outline of the current FW36 car. 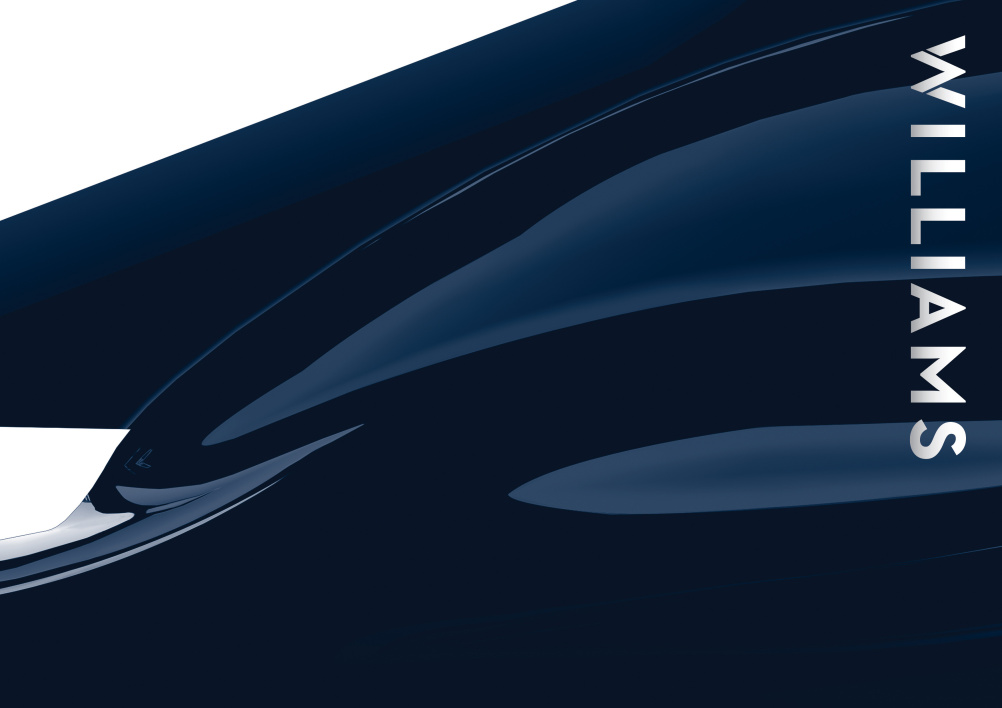 He adds, ‘We had a series of CGIs made of the current FW36 car which we used as basis for creating an image bank. We stripped it all back to the simple form of the car to show off the beauty of the engineering. 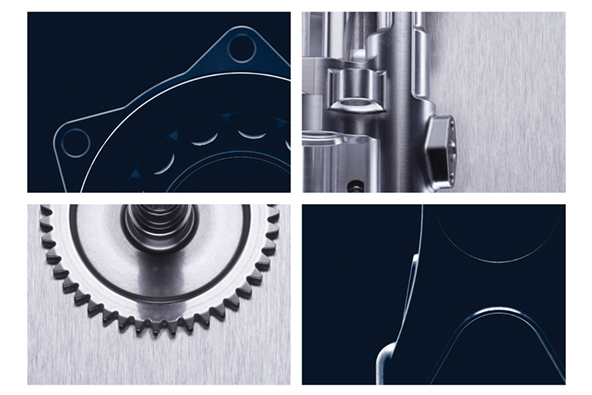 ‘Their team selected a few key engineering pieces that they have designed and we got the photographer John Ross to take still life shots of them to show off their incredible form and attention to detail.’

The Williams team also selected their top nine cars, which have been used on the backs of business cards. 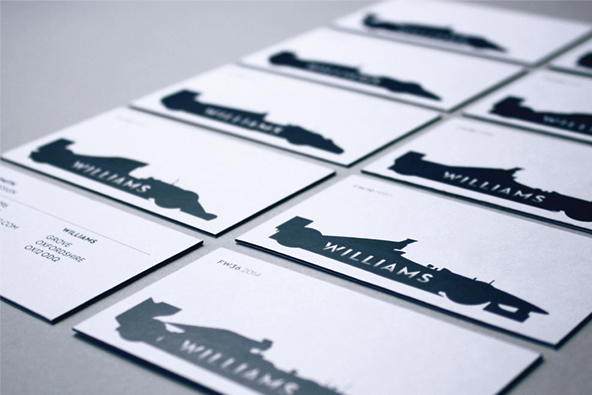 The W of the corporate identity can be isolated and has been applied to trackside touchpoints and on the livery of the car. 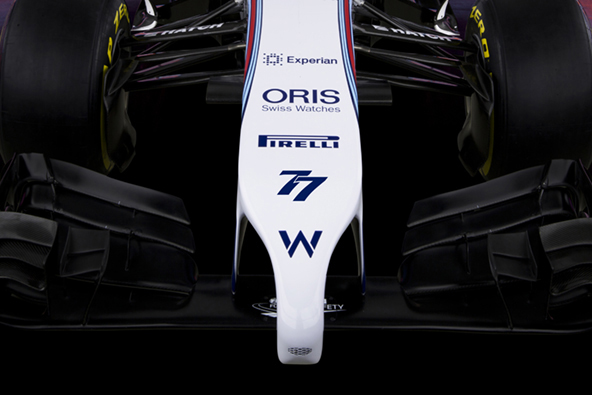 Hat-Trick worked alongside Williams’ in-house design team to develop the identity and apply it trackside to touchpoints including the car, uniforms, garage and team trucks. 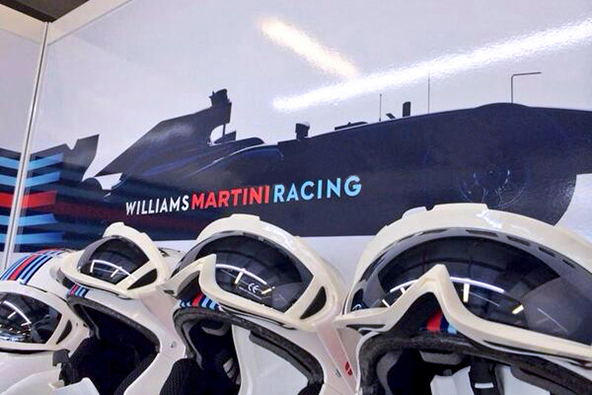 Howat says, ‘The addition of their new headline sponsor Martini gave us a great opportunity to incorporate their iconic racing stripes and colours into the team identity and present a fresh, dynamic look.’ 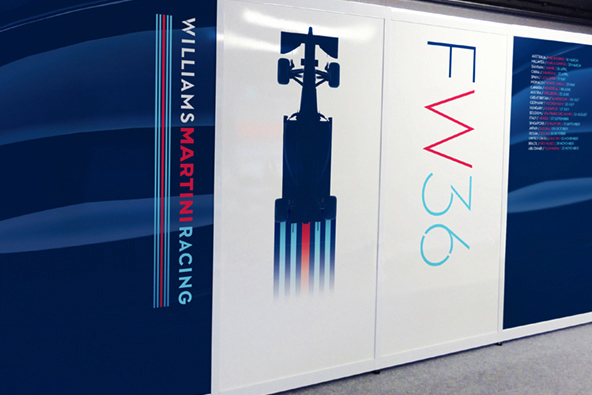 The stripe system has also been applied to the new silhouette shape of the identity, and to make ‘dynamic shapes’ following the form of all the F1 tracks.