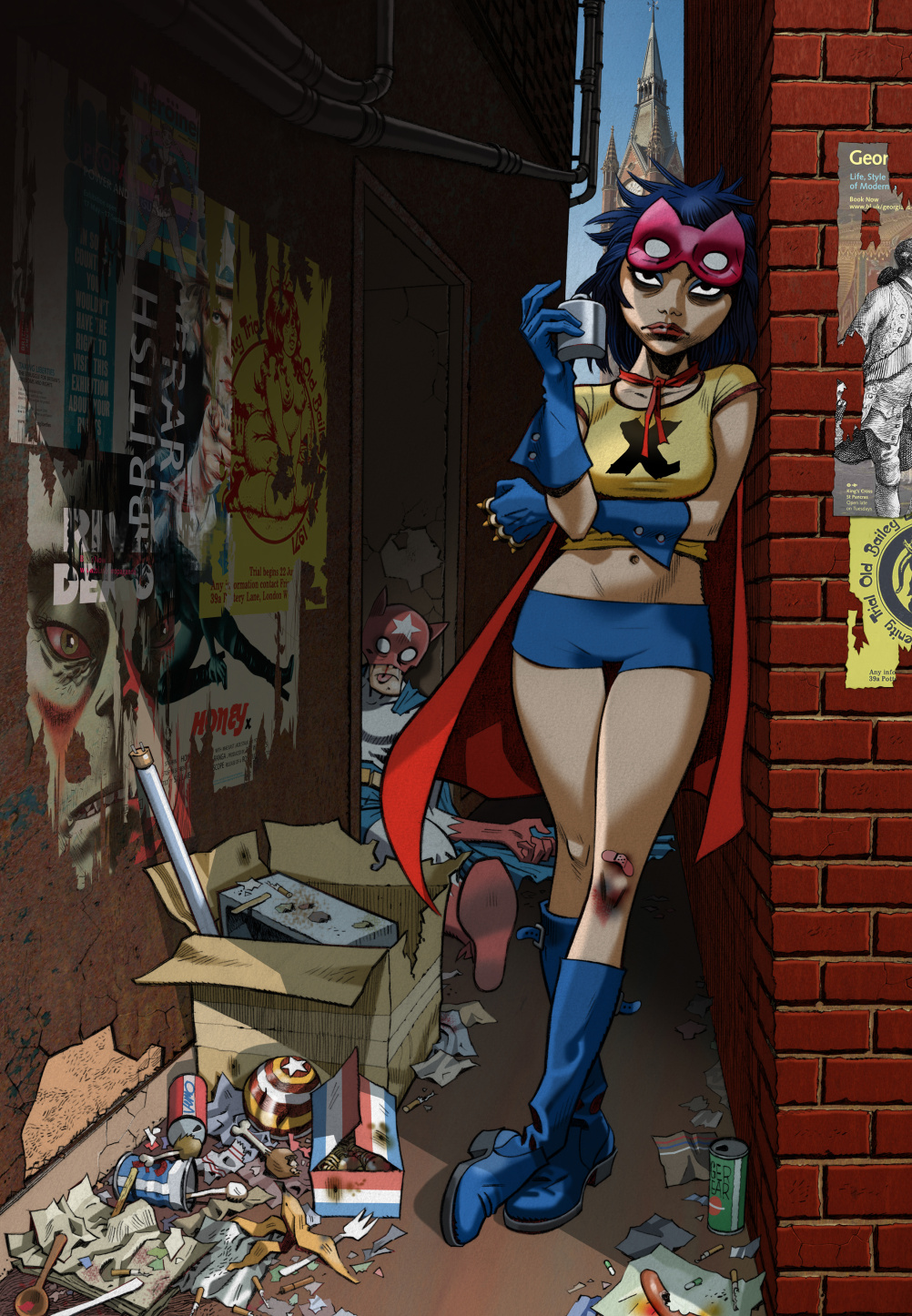 Hewlett is known for his co-creation of comic book Tank Girl and the characters from Gorillaz.

Sedition and rebellion are the main themes at Comics Unmasked and seem to have been picked up in the Hewlett commission, which features an aloof anti-heroine super hero clutching a hip flask and wearing a knuckle duster.

In the background you can make out a floored superhero of the more conventional kind and in the distance St Pancras is just visible.

It will appear as an exhibition poster and a six-meter high graphic installation in the library. 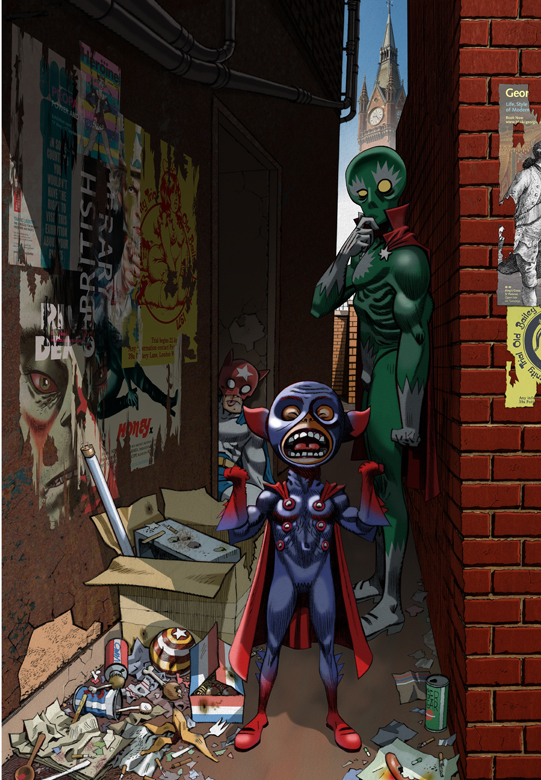 A second panel ‘Foiled again’ has been created by Hewlett and together they form a two panel comic celebrating the exhibition.

The exhibition itself covers comics in the context of violence, sexuality and drugs, and breaking social boundaries.

Comics Unmasked: Art and Anarchy in The UK runs from 2 May – 19 August at the British Library, 96 Euston Road, NW1 2 DB

Disobedient Objects at the V&A