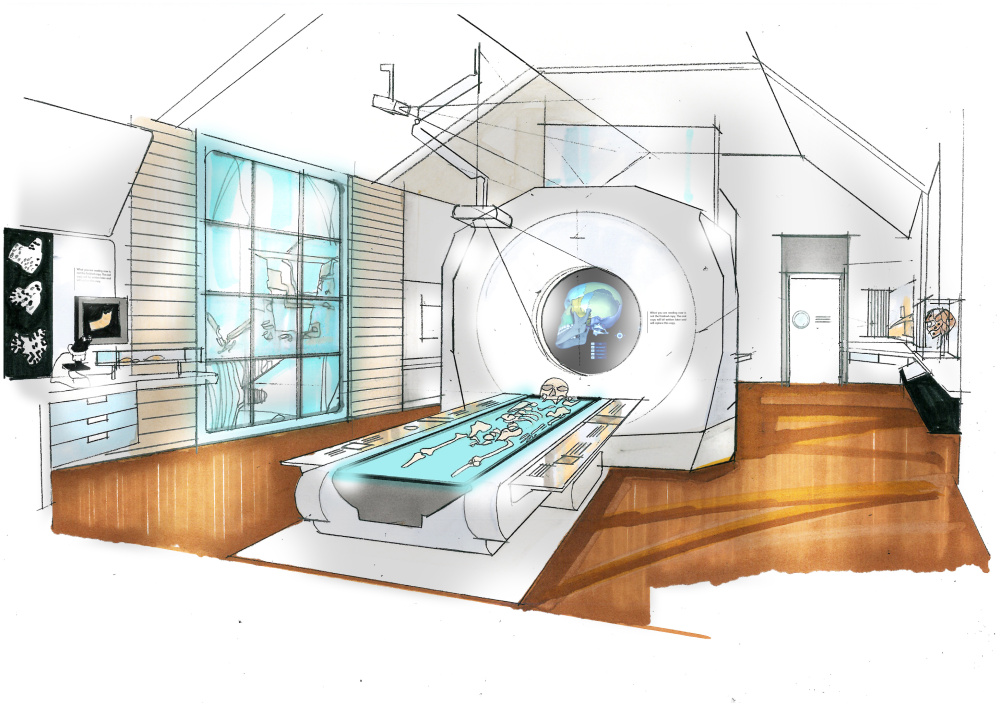 Richard III was killed in the Battle of Bosworth Field of 1485 and is the last King to have died in battle. It brought an end to the Wars of The Roses and the Plantagenet dynasty.

His naked body was carried to Leicester by supporters of Henry VII and buried, unceremoniously, in Greyfriar’s Church.

More than 500 years later in 2013 his remains were found in a council-owned car park, backing on to a grammar school in Leicester.

‘The space was even marked R as well,’ says Charlie Barr, director of Studio MB, who led the project.

Following a tender process, Studio MB was appointed by Leicester Council, which has worked in partnership with the University of Leicester to bring the exhibition to bear.

The consultancy was tasked with branding the Richard III Visitor Centre, creating an interpretive experience and exhibition design.

An RIII mark has ben created as a ‘shorthand’ according to Barr, who says it is memorable and international and ‘references our current monarch’s cypher EIIR’.

The crown has ben drawn from historical reference material including stained glass windows, statues and paintings.

An exhibition strap line has been devised to reflect its scope – Dynasty, Death and Discovery.

The grammar school has been relocated to make room for a two-floor exhibition and an extension is planned, which will cover the open burial site, ‘like a glass box,’ says Barr.

It is unclear at the moment whether the body will be reinterred in the adjacent Leicester Cathedral, or in York Minster, which is also making a claim for the remains.

Barr says the ground floor of the exhibition, ‘explores Richard’s life from a boy born into a family power struggle fighting for the throne of England and a country at war with itself. This upbringing, with death and violence all around, greatly influenced the man he was about to become.’

AV and interactive experiences tell this story and will include a recreation of the Battle of Bosworth Field.

This image shows how visitors can peer through arches to ‘look into the past’ where they will find representations of Richard’s wife and brother and other characters which are ‘brought to life,’ says Barr. 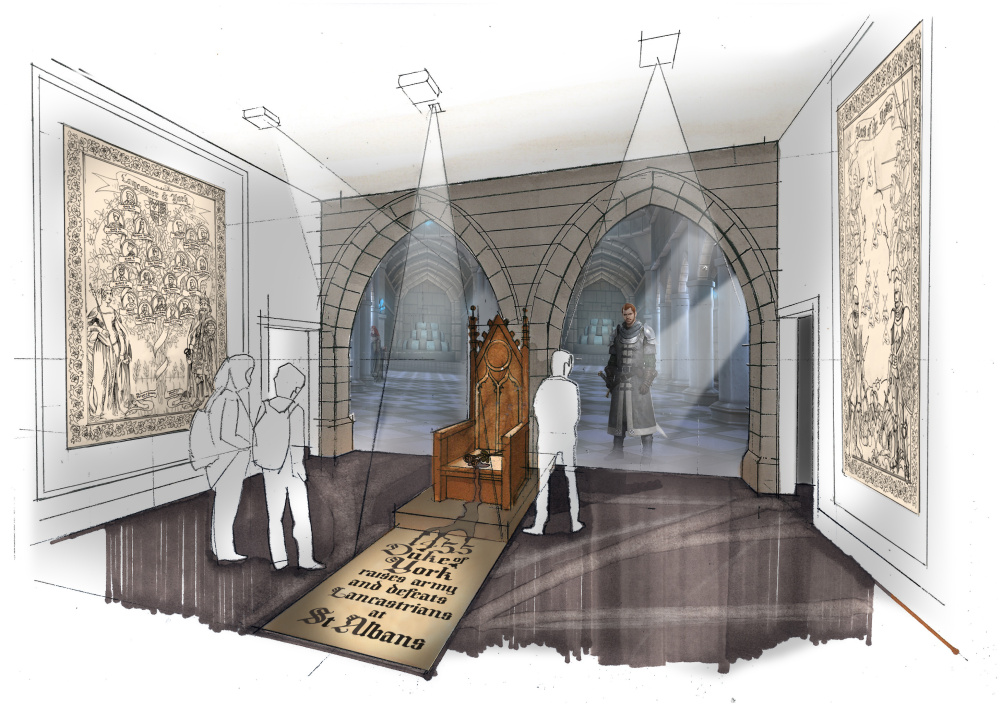 Elsewhere interactive games will allow visitors to play juror as to who was responsible for the disappearance of the Princes in the Tower – Edward V of England, and Richard Shrewsbury, Duke of York. Richard was the Uncle and protector of Edward V, natural heir to the throne.

On the first floor, the story is picked up 528 years later. Richard’s body was discovered from an archeological dig instructed by the Richard III Society, which set in motion a series of verification processes including radiocarbon dating, discovering that his hunched posture was caused by the condition scoliosis, and matching DNA taken from the body with that of known relatives.

Barr says, ‘On the first floor we explore Richard’s portrayal and betrayal, examining how his image has been manipulated, before telling the story of the discovery through the research and search, the archaeological dig and the science of proving the found remains were that of the lost King.’

This will involve an interactive table, made up like a CT scanning machine.

Barr says, ‘3D printing of Richard’s skeletal remains lay on an illuminated plinth where the visitor can explore for themselves through Pepper’s Ghost hologram display, the clues the archaeologist discovered.’

Visitors can isolate details such as a puncture wound in Richard’s head where he was killed, and another made by an archeologist’s spade on discovery.

The attraction is expected to open late summer 2014.