There’s a real mix of fine art, illustration and graphics including this Peter Blake composition called 50, taken from his 3D Wooden Puzzle Series.

It’s a silkscreen collage mounted on wooden panels with 3D printed elements, and is replete with ‘diamond dust’, glitter and embossing,  finished in pearl glaze and metallic inks.

Harland Miller’s Overcoming Optimism is to be released as a screenprint edition of 50.

This bright Gillian Ayres piece, titled Tivoli is an edition of 30, woodcut on Unryu-shi Japanese paper. 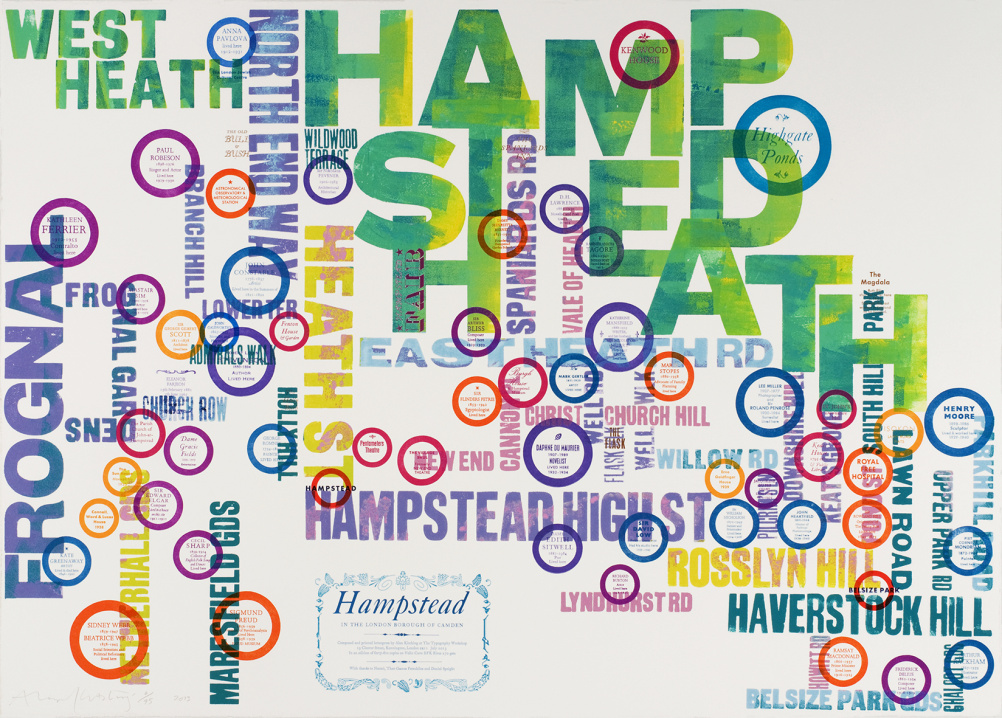 Justine Smith’s Money Map of the world can be read as a homage to the graphic design of money itself before you look for any political overtones. It’s an edition of 90 and has been screen prined on 330 gsm Somerset enhanced paper.

The four-day buyer’s fair also runs a concurrent programme of talks and events by artists, printmakers and collectors.

Talks are due to be held by printmakers such as Harland Miller, Albert Irvin, Anita Klein and Royal Academicians Norman Chris Orr, and Anne Desmet, while John Mackechnie and Marcus Rees Roberts will give insights into the print process.

The London Original Print Fair 2014 will be held at the Royal Academy of Arts, Burlington House, W1J OBD