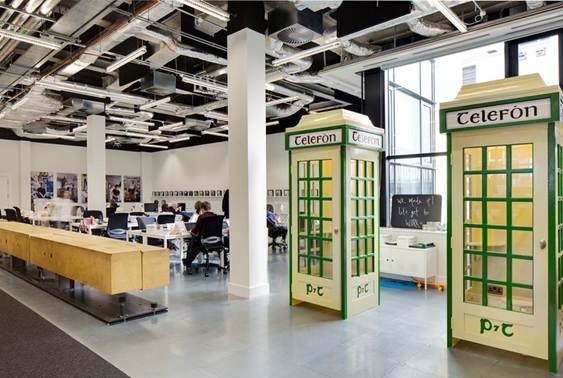 Airbnb offers rental accommodation in private lodgings globally with an emphasis on what it calls ‘unique accommodation’.

The new office space is located in the Watermarque Building and sees the company relocate from Ballsbridge, also in Dublin. 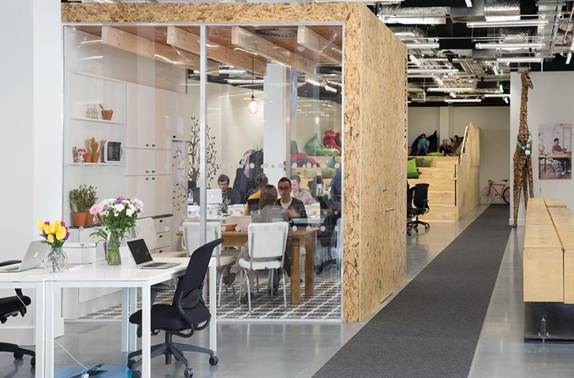 Airbnb says it briefed Heneghan Peng to create a series of open, creative and collaborative spaces, which reflect the offer of the company. 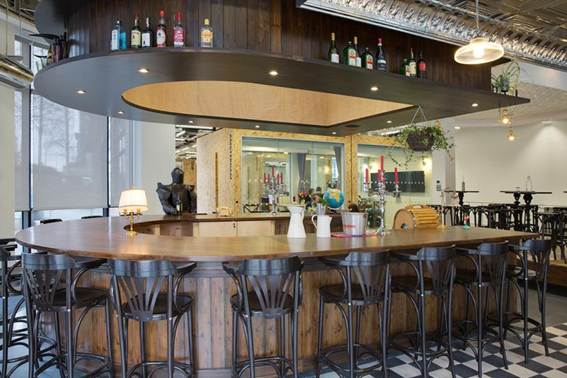 The Dublin theme is picked up in the reception area, which is modeled on an Irish pub and has a horseshoe shaped bar.

It has a floor made up of three different styles of tile, which are known to be found in different areas of Dublin, while elsewhere traditional Irish telephone boxes can be found. 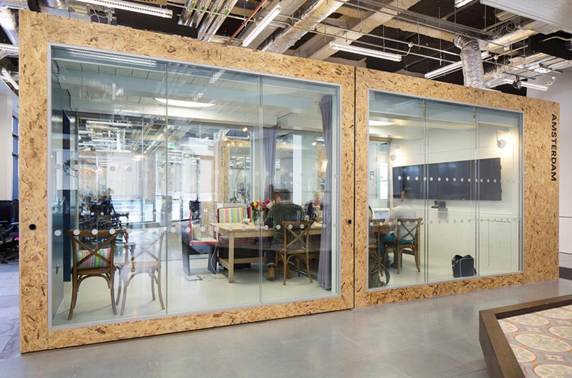 Meeting rooms have been inspired by Airbnb properties around the world, taking the form of ‘pods’ dotted around an otherwise open planned office. 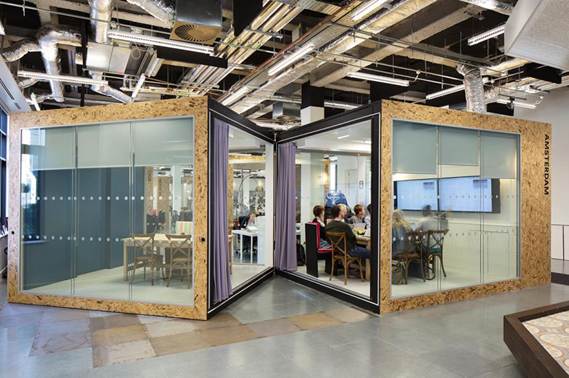 The office has been created with flexibility in mind, an idea typified in the design of one meeting room – based on the look of an Amsterdam apartment – which can be split into two spaces. 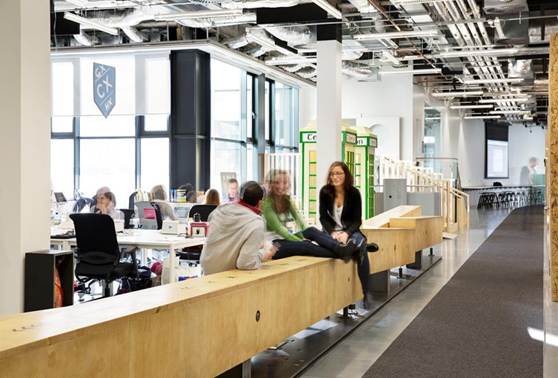 A bench designed by Heneghan Peng as part of the Pavilion of Ireland’s 2012 contribution to the Venice Biennale has been given a new home in the workspace.

The bench stands at 12m long and is made up of six interlinked sections with rotating and pivoting joints meaning that when anyone sits on it the height of each section is altered, crating dips and peaks for user interaction. 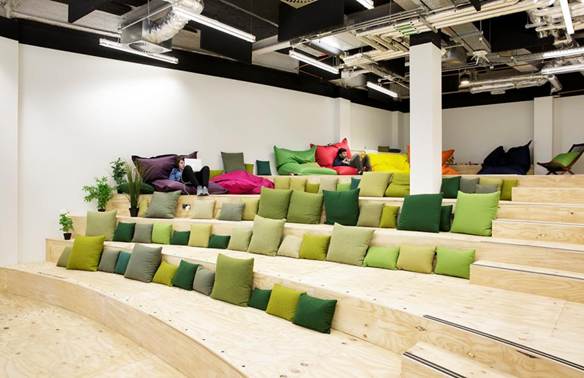 Elsewhere a meeting space that doubles as an informal working area gives staff a vantage point to look out over the office from.

The office is in its completeion stage and is due to open fully on 4 April.