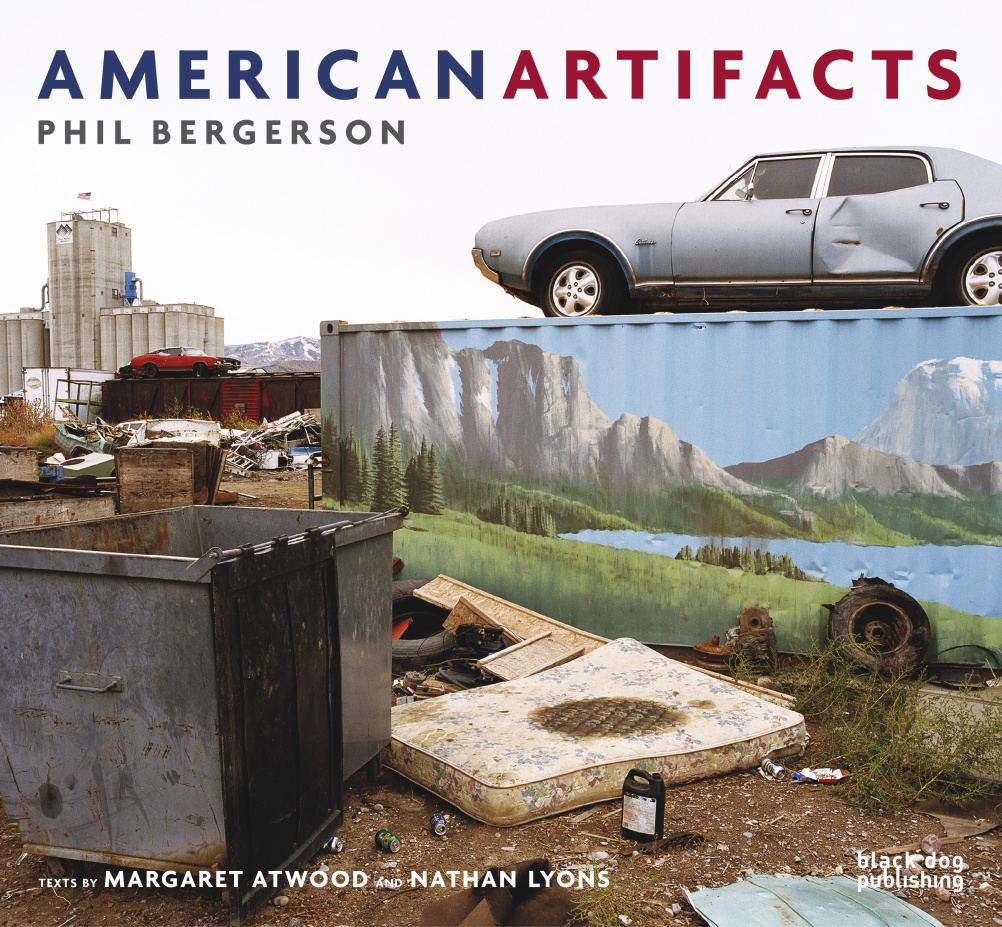 He’s been traversing America to make a topographical survey and the most poignant parts have been distilled for an exhibition and accompanying book named American Artifacts.

The 32 colour photographs give a sense of Bergerson’s encounters with liminal ‘non-places’ where ‘detritus, disappointments and desires’ collide, often in shop window displays, on hand-painted murals, and on crudely made signs.

His vehicle for the narrative is the road trip, an appropriate medium perhaps, for all its American connotations.

Rather bleakly Bergerson unearths what the book’s publisher Black Dog Publishing calls ‘the aftermath of culture: the markings and artifacts left behind.’

Delivered either as a shot of stark realism, or with irony, and at times pathos, America’s struggle with its best laid plans are laid bare by Bergerson.

His work picks up the baton from other American social landscape photographers such as Walker Evans, Robert Frank, Nathan Lyons and Lee Friedlander.

The accompanying book curates the images in sequences of seven, punctuated with writings by Lyons and Margaret Atwood.

American Artifacts will run from 21 March – 10 May at Work Gallery, 10A Acton Street, London  WC1X 9NG. There will be a book launch and signing with Bergerson on 15 April.