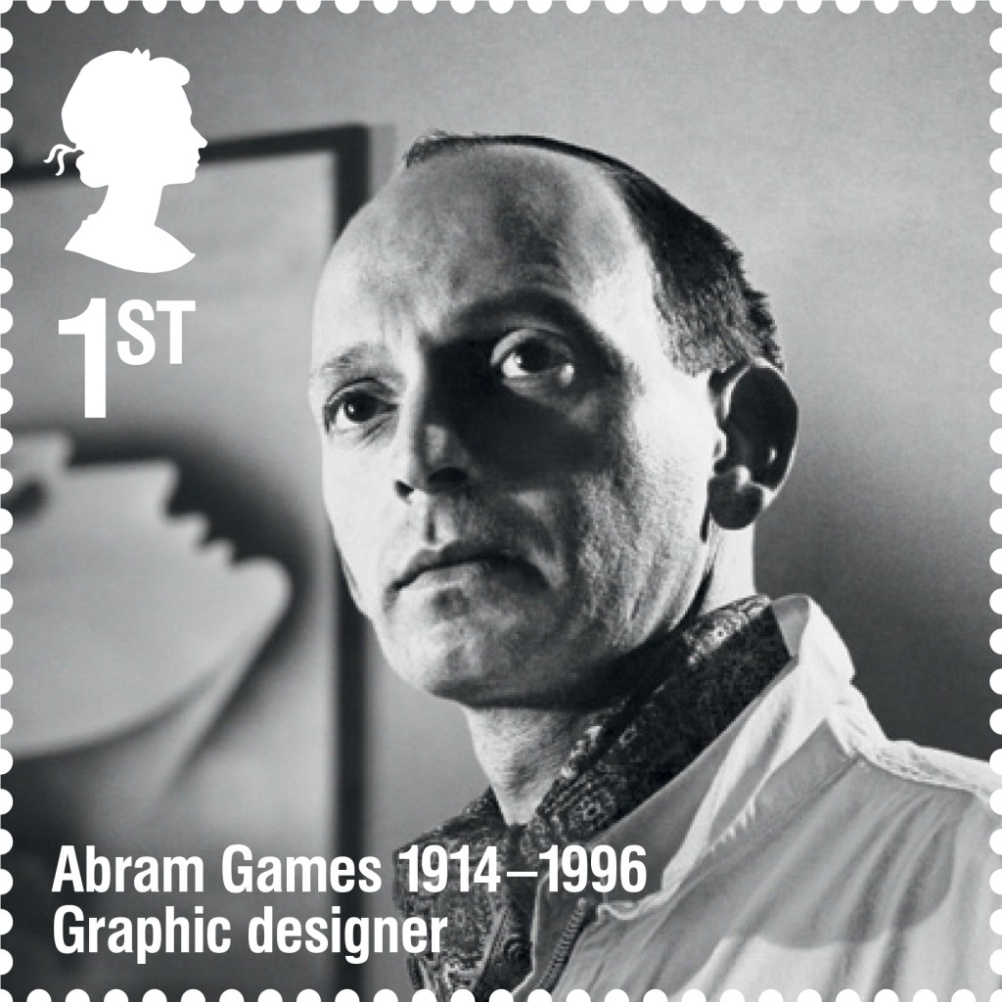 The set of ten stamps, released tomorrow, celebrates would-be centurions who were born in 1914 and are deemed to have made ‘a major contribution’ to British society. 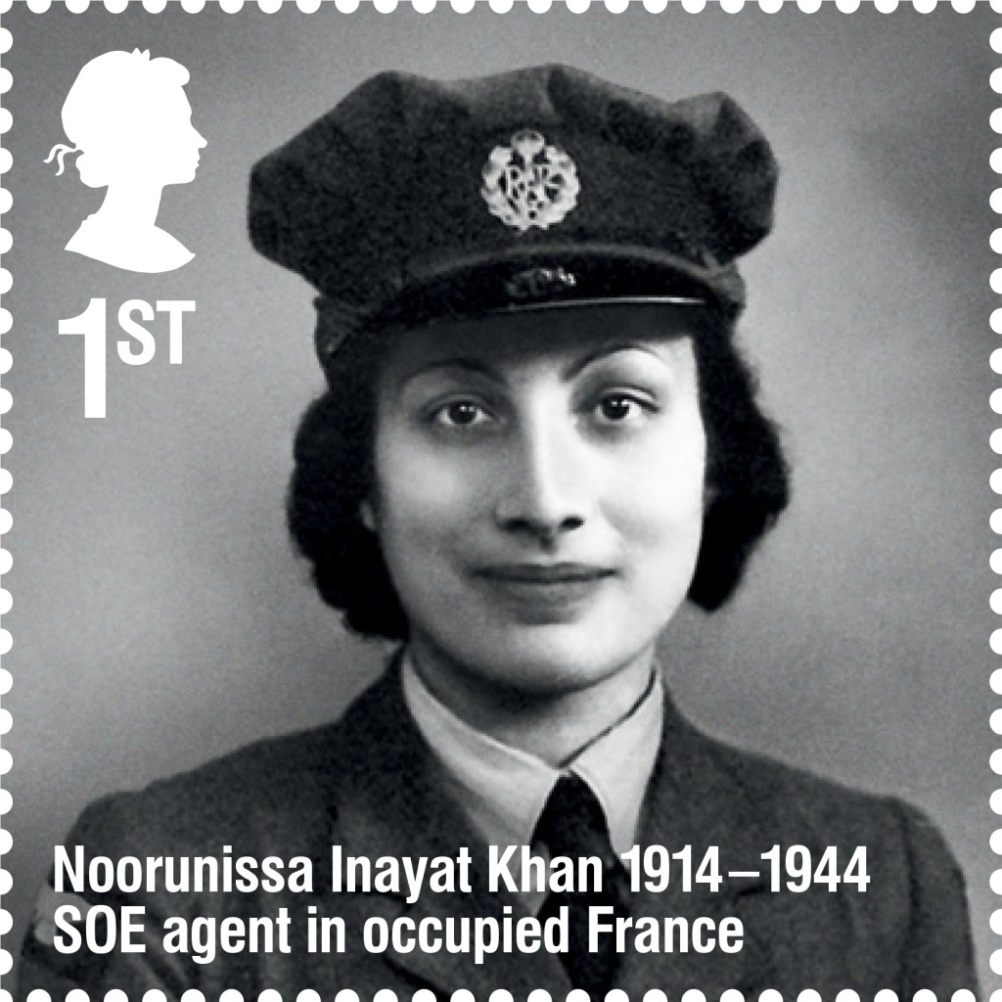 Other Britons include Noorunissa Inayat Khan, a Special Operations Executive (SOE) agent in occupied France, the poet and writer Dylan Thomas, and the stage and screen actor Sir Alec Guinness. 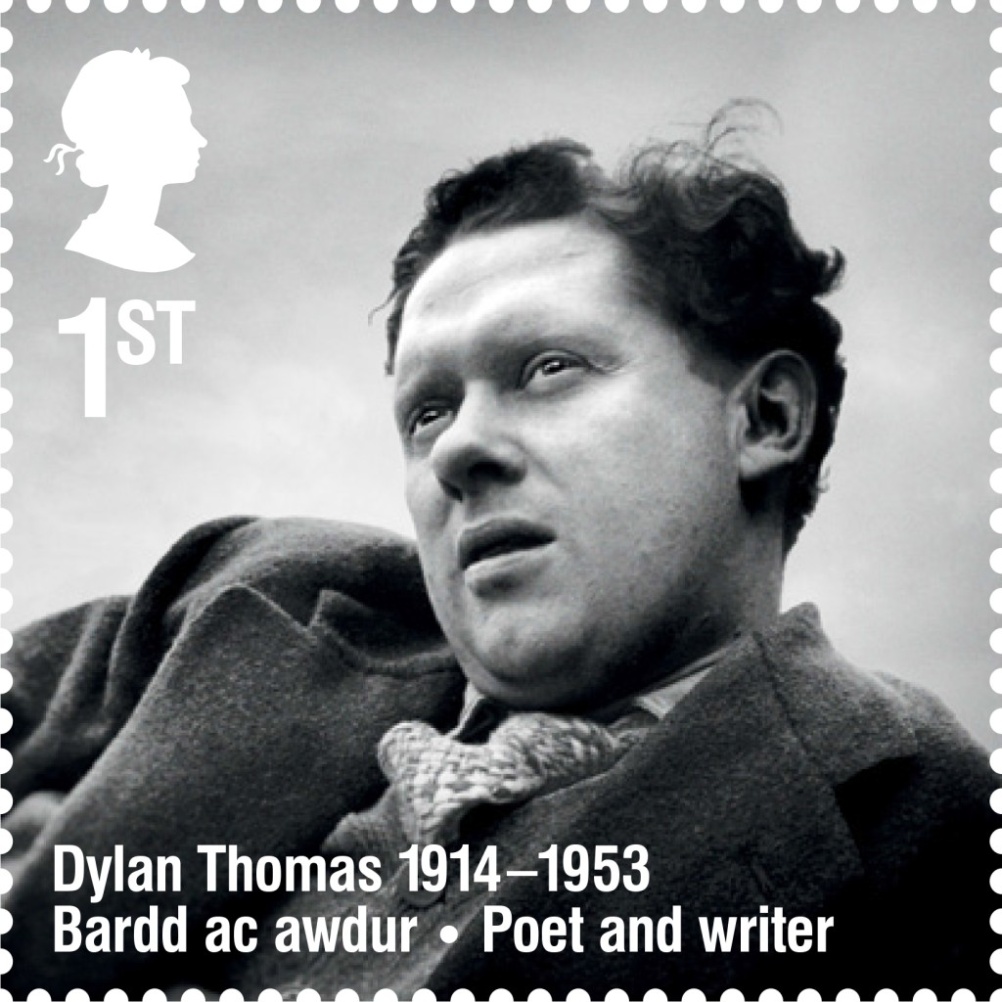 The design solution was to source original portrait photographs that would tell a narrative about the subject through the backdrop, their pose or clothing.

Each image has been retouched so that as a set they all take on the aesthetic of silver bromide photography. 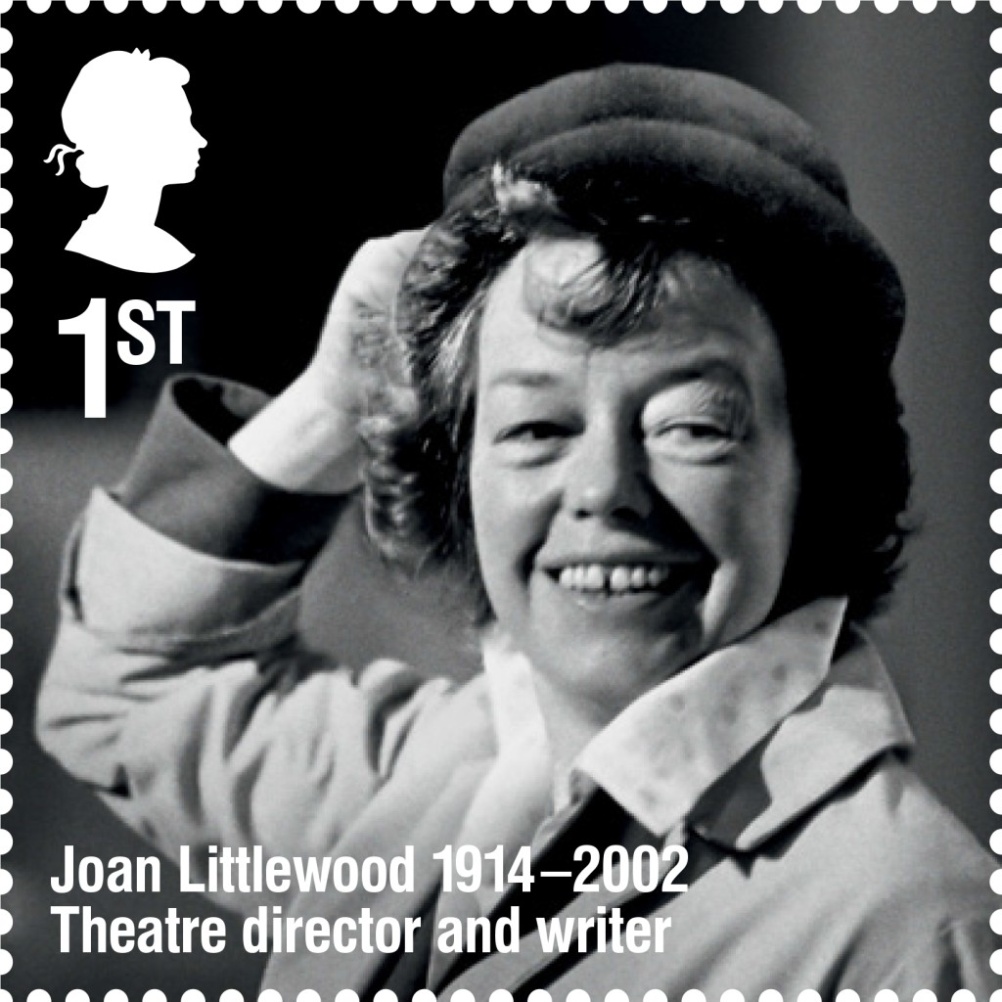 The pack and first day cover insert are designed to resemble an Edwardian display cabinet and showcase a collection of objects that relate to the subjects of the stamp. 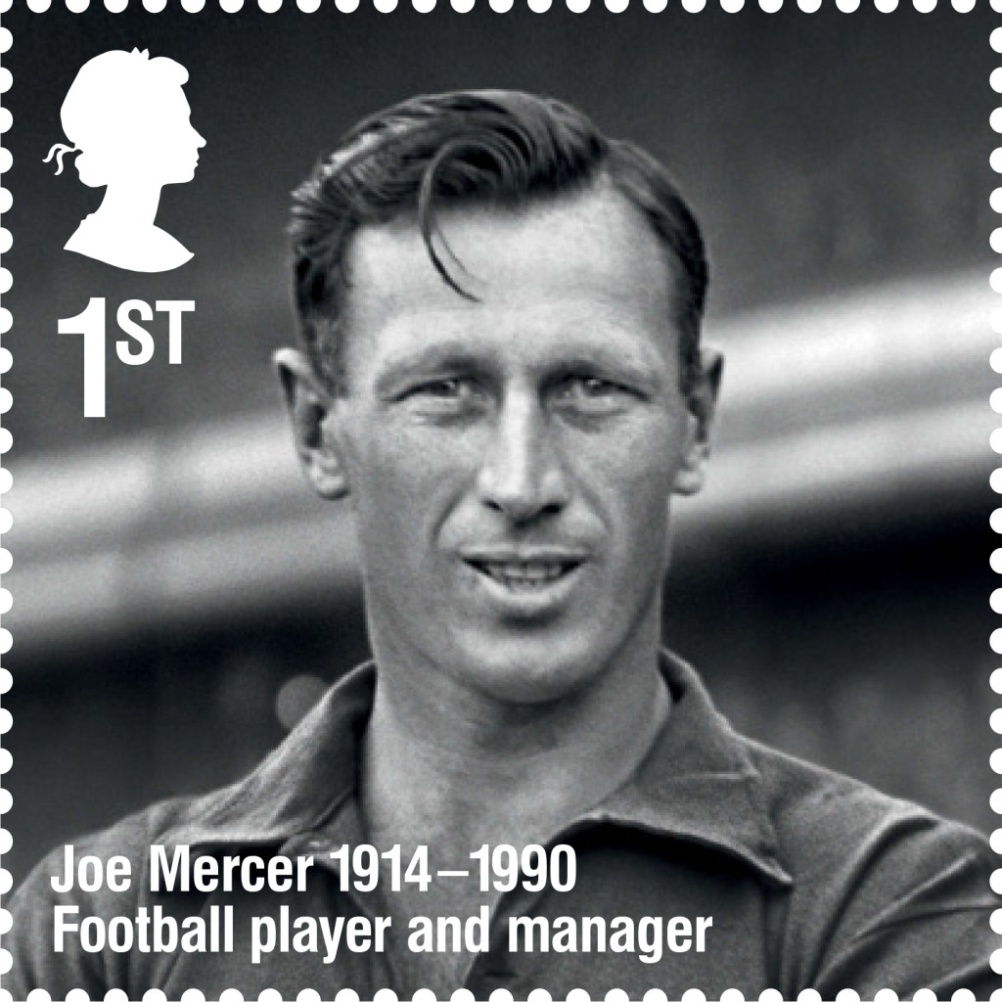 Books, posters, awards and other memorabilia have been referenced in the design, which features a green felt background, archive pins for numbering and navigating the objects. 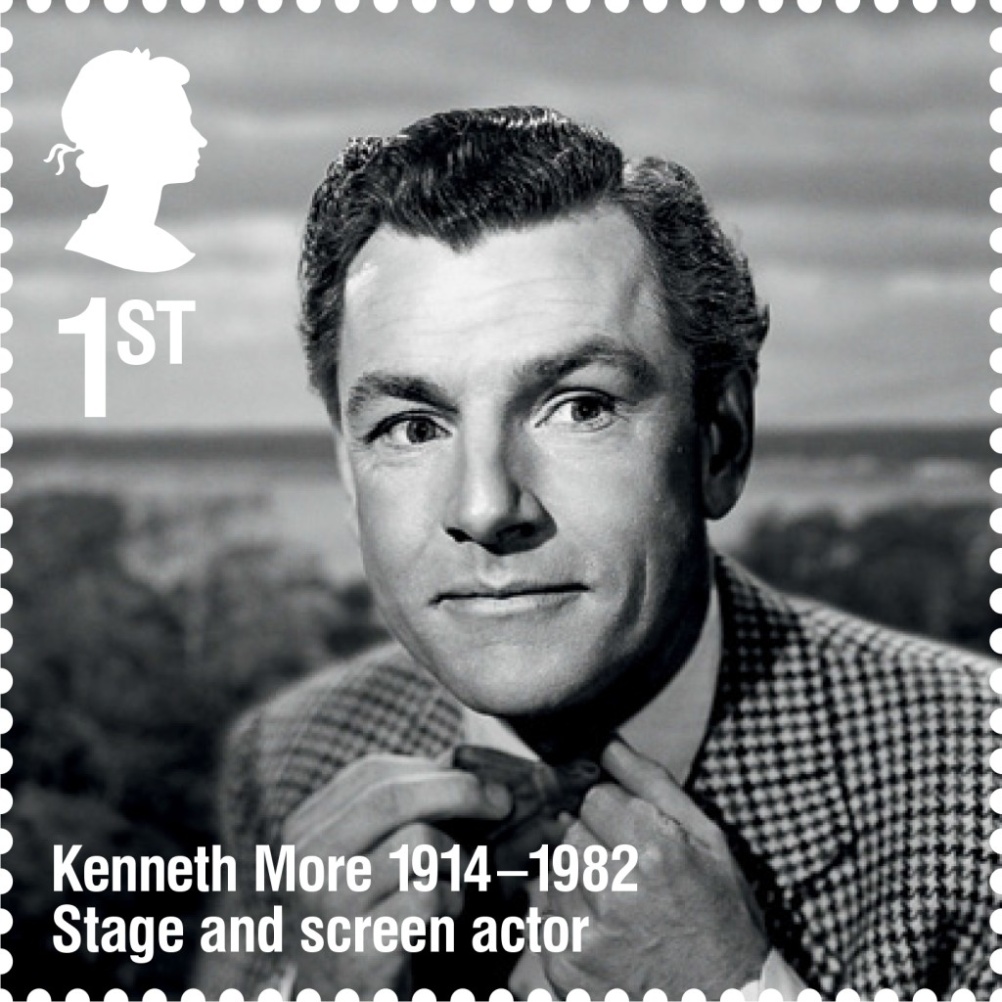 One ‘cancellation stamp’ features the quote ‘Liberté’, thought to be the last word of the British spy Noorunissa Inayat Khan, who operated in France during WWII. She was captured and tortured by the Gestapo and eventually shot by firing squad, still refusing to betray her comrades. 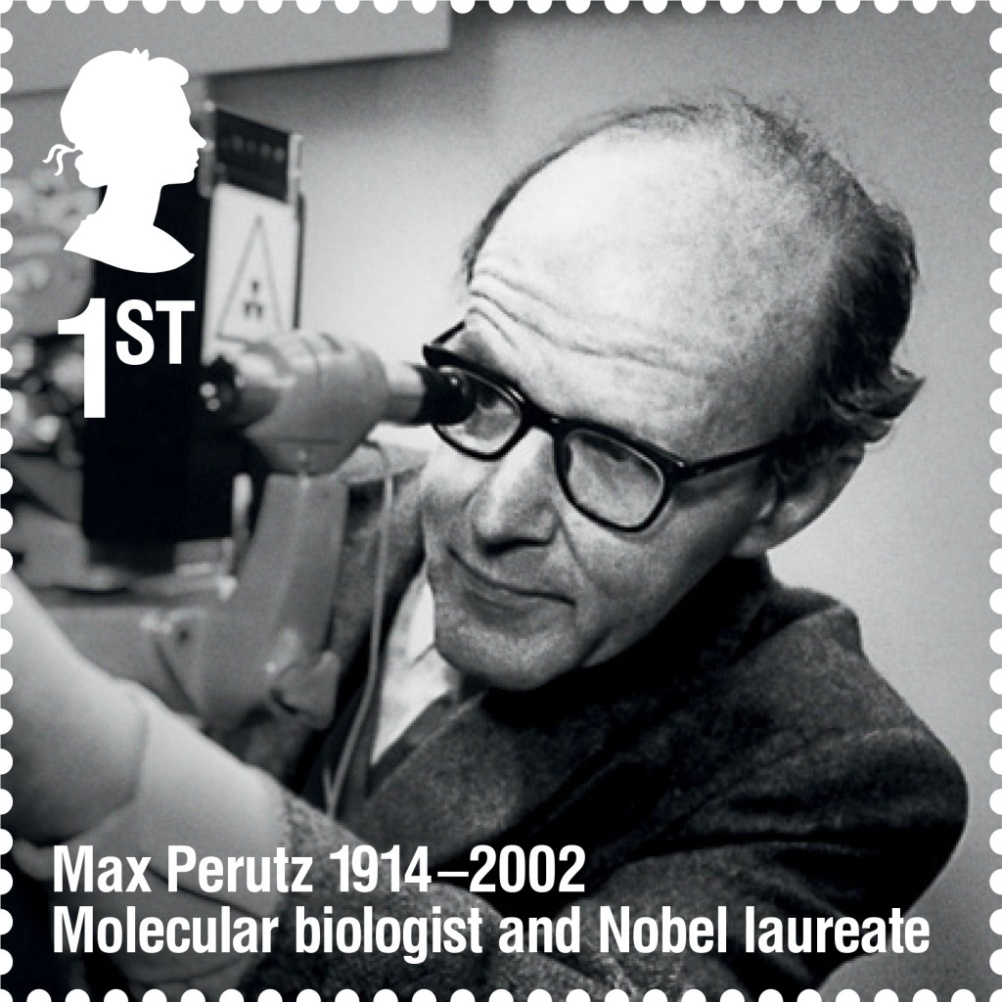 The second stamp quotes, ‘Do not go gentle into that good night’, from a poem of the same name by Dylan Thomas that urges us to make every moment count. 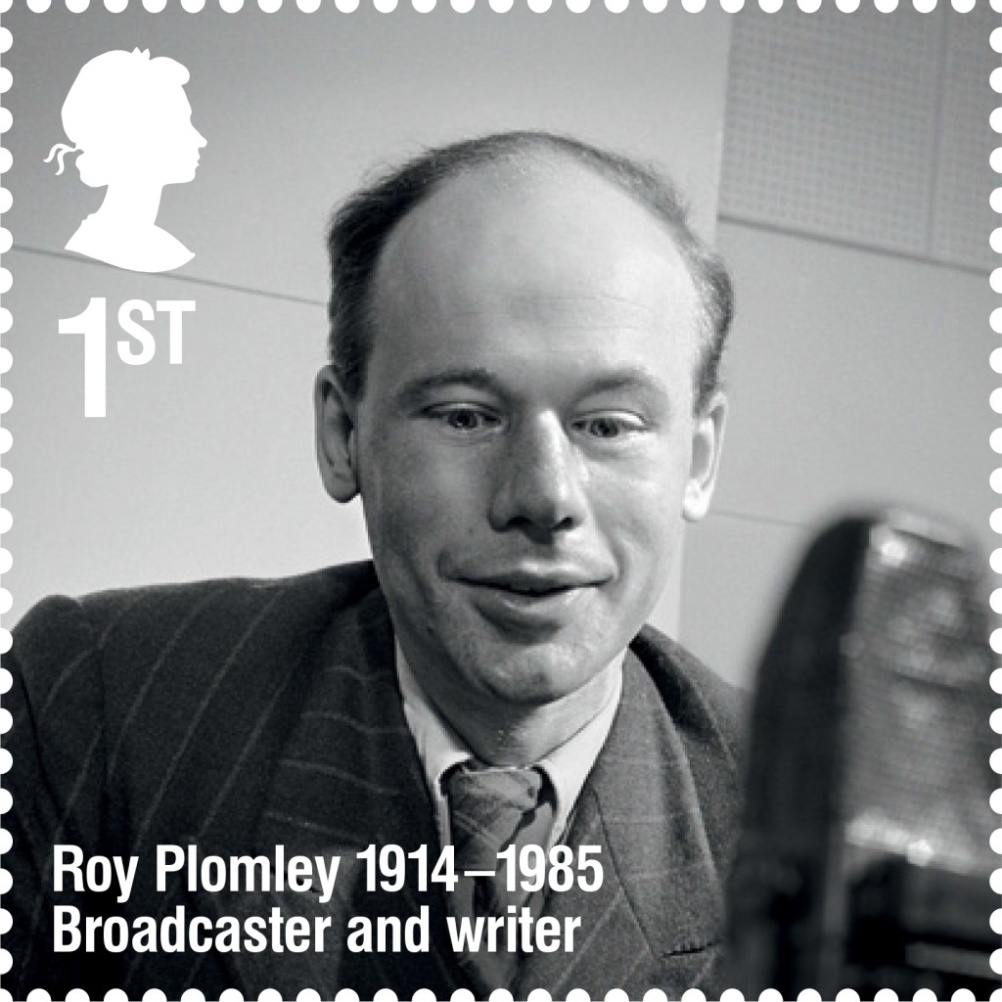 Last year Together Design worked on a similar set which celebrated Great Britons. 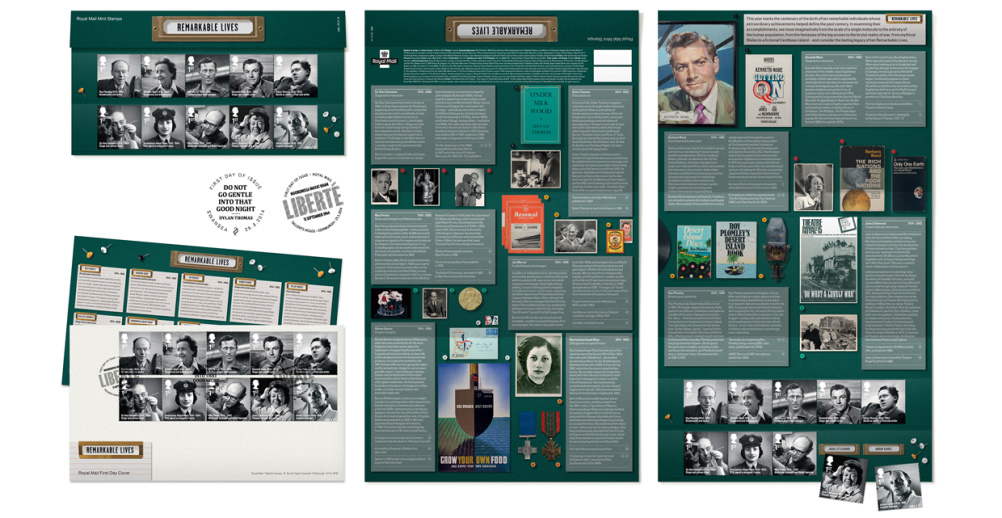 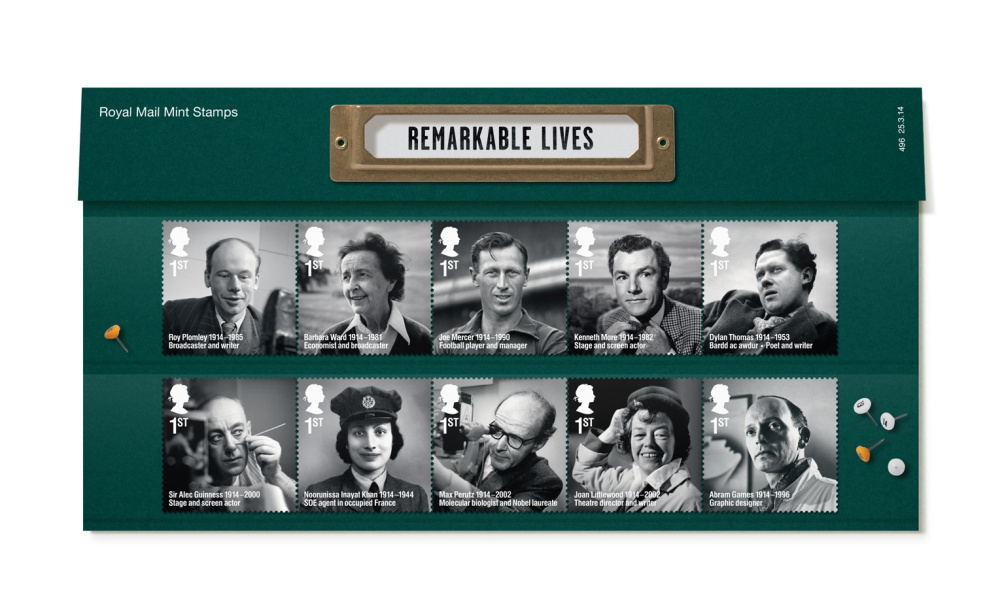 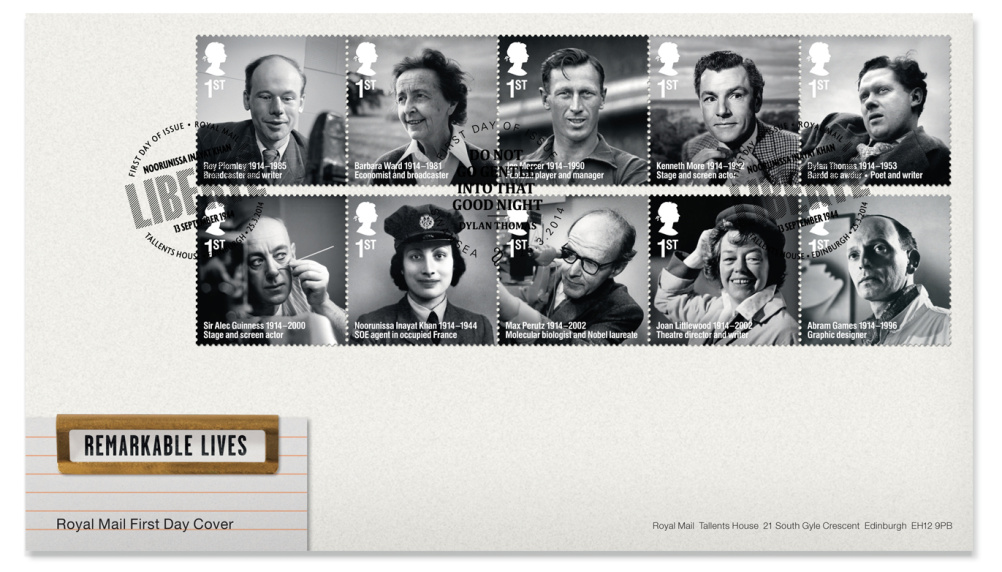