The designers worked with the RCA’s Letterpress and Lithography technician Ian Gabb to produce six different typefaces, with each one representing a different faculty.

Alongside Gabb, the team of designers restored and redrew missing or damaged characters so that the words ‘Show RCA-2014’ could be completed in each font. 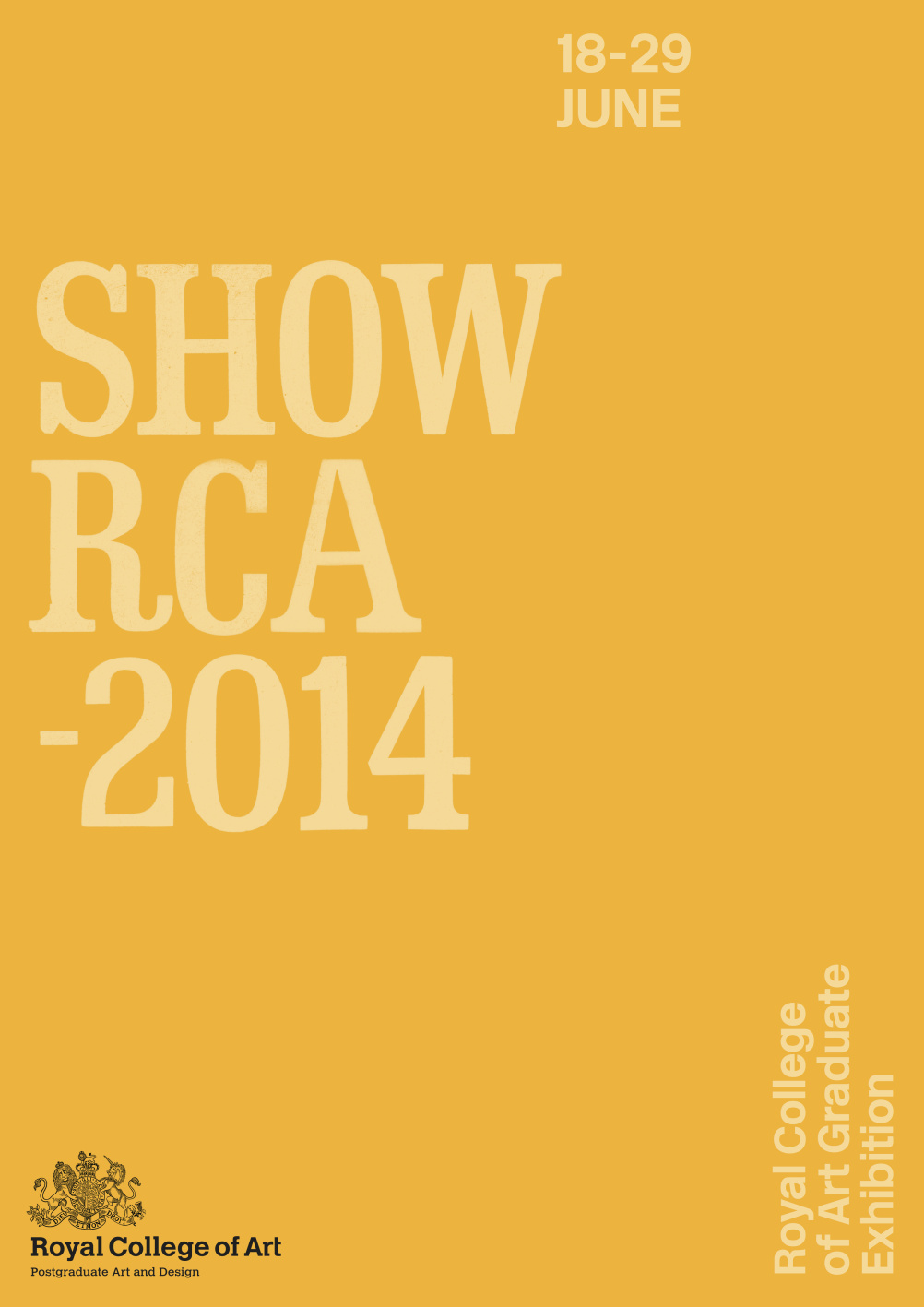 The RCA says the identity system ‘captures the tactility and non-uniformity of the analogue printing process.’

Garbin and Llewellyn said, ‘Our aim was to create something simple, bold and vibrant, but subtly constructed around an in-depth system inspired by the dynamic relationship between the students, the College and its history.

‘The technical challenge was designing visual elements based in analogue processes, which we could keep consistent and appropriate across a variety of media without losing the quality of the physical originals.’

Each of the font themes established for the six faculties will be expanded and continued in further applpications in the run-up to the shows.