The shape of the future British Government may still not be decided, but it’s the circle that’s been chosen by designer Mike Roberts to show London’s political leanings.

Roberts has created a graphic map of the London boroughs, which is colour-coded to show how each constituency voted in last week’s election. The 33 boroughs lie geographically on the circular grid and appear to make up a Labour and Liberal Democrat doughnut with a Conservative filling and icing.

Compared to the holographic and interactive mayhem employed by most of the television channels on election night and after, there’s something pleasingly zen about this simple graphic. 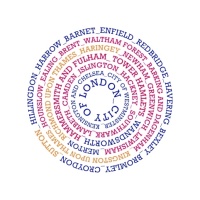