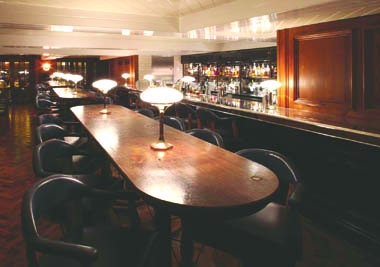 The consultancy designed the Seven Dials branch in London’s Covent Garden (pictured), which opened in October 2010, and was appointed for the Guildhall project without a pitch as a continuation of its work with the chain.

The project involves all aspects of the design including signage, project management and restaurant fit-out.

Mike Sinclair, Macaulay Sinclair co-founder, says of the Guildhall branch, ‘It will be 75 per cent similar to Seven Dials, but the general ethos is the same – a British steak restaurant with a cocktail bar and prohibition drink list.’

He adds, ‘It goes back to an underground, speakeasy feel – the restaurant has a turn-of-the-century feel to it.’

The interiors will use materials including teak parquet flooring, reclaimed copper light doors and wall panelling, salvaged fixtures and fittings and brass and cast iron metalwork, in response to a brief to create a restaurant that ‘looked like it had been there 100 years’.

The restaurant will open in October 2011, and Macaulay Sinclair will work on one Hawksmoor branch a year for the next four-to-five years.