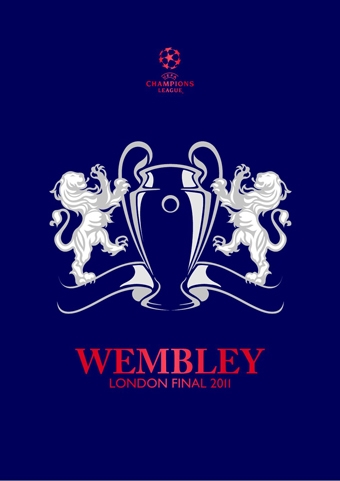 The consultancy has also designed the Uefa Champions League Final identity (pictured) ahead of the game, which takes place at London’s Wembley Stadium on 28 May.

The new Champions League brand will launch ahead of next year’s competition, which kicks off in August 2011.

Radiant, which has won pitches to design the identity for competition finals in Istanbul, Paris, Athens and Rome over the past five years, has lost out on the design of next year’s final identity. An unknown group has already been appointed.

Radiant designer Matt Malkin says the consultancy has looked to promote ‘both the final itself and London as the host city’ to address the Wembley brief.

‘Referencing the heraldic lions found on statues, ironwork and patterns across the city, we’ve created a powerful and distinctive crest for the 2011 final,’ he adds.

The identity will appear in broadcast title sequences and on banners, flags and signage as well as promotional materials, web banners, tickets and matchballs used for the game.