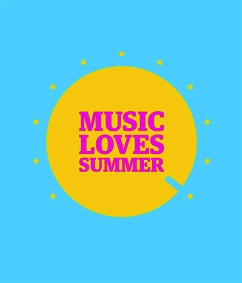 Weiden & Kennedy, which is The Guardian’s preferred advertising group, created the campaign with the proposition that ‘Doing anything with music in the summer improves the experience – Music Loves Summer,’ says consultancy creative director Ben Terrett.

A series of graphics, designed by Joyce, will be rolled out in print and online over the summer, on guides and supplements, and to mark the paper’s involvement in festivals.

‘The common element will be a circle’ says Terrett, who says Joyce has designed an orange circle with a black triangle in the corner to represent the Pyramid Stage at Glastonbury. This will appear later in the season.

There will be up to eight different executions of the campaign graphics – with the first, released today, depicting a sun which doubles as a dial ‘turned up to eleven’.