Those backing #includedesign (including Design Week) are calling on the Government not to omit design and design-related subjects from the new English Baccalaureate curriculum.

The organisers of #includedesign sent an open letter to Education Secretary Michael Gove, and also supported a petition calling for an independent enquiry on design in ebacc. The Government’s consultation of ebacc has now closed, but #includedesign’s work is continuing.

Education was also the buzz-word at D&AD, which is currently attempting to reconfigure itself under new president Neville Brody.

D&AD is set to bring in a new D&AD Foundation next year, which could see the organisation provide practical support for creative students facing rising costs by, for example, sourcing cash to directly pay for their education fees or bursaries.

Ultimately the aim is for D&AD’s membership and awards scheme to fund the Foundation, and support the designers of tomorrow.

Brody told Design Week, ‘Industry owes education so much – without it it couldn’t be there… We’re kind of leveraging off an industry that’s been capitalising on nationalised education for so long, and it actually needs to just step in a help support it at the moment.’

There were also significant shifts over at the Design Council, which appointed John Mathers as its new chief executive, replacing the outgoing David Kester.

The Design Council has changed dramatically over the past couple of years, both physically (leaving its well-loved Bow Street home for swanky new quarters in Islington’s Angel Building) and structurally, coming to terms with its new status as an independent charity, with a reduced Government cash grant.

The Design Council has certainly been active towards the end of 2012, with activities including lobbying the Heseltine Review of economic growth, and co-launching a Behavioural Design Lab with Warwick Business School.

Elsewhere, Government’s engagement with design was something of a mixed picture.

Central Government set a £285m budget for marketing spend in the next year, through its new hub structure and the Government Procurement Service, which replaces the Central Office of Information.

Although an increase on the annual spend in the COI’s final year, this is significantly down on the £532m spend through the COI in 2009/10 under the previous Labour Government and comes amid a continued Cabinet Office freeze on non-essential marketing spend.

Government also came under continued attack for the inefficiencies of its procurement system, with the Design Council’s John Mathers describing it as ‘One of the most unwieldy procurement systems I’ve encountered in my entire life’, while Ian Allison of Bell, a consultancy with a long heritage of public sector work, described Government procurement as ‘ultimately anti-competitive, myopic, inefficient and at times unethical’.

In the plus column Government began to roll out new, unified branding across its departments, and under the leadership of head of design Ben Terrett, the Government Digital Services launched gov.uk as a single public-facing domain for central Government, replacing hundreds of pages across departmental websites, in what must be one of the most important UK design projects of the past year. 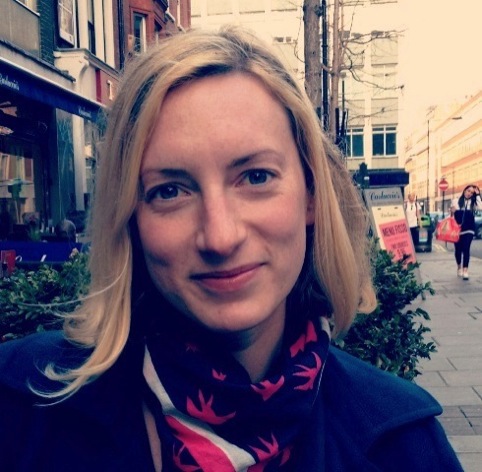 ‘This year has been a contradictory one for design in policy. In some areas we have seen remarkable progression: the government has employed exemplary design principles in revolutionising its web presence, held “how to do design thinking” seminars for top civil servants, and is about to pass a law increasing IP protection for iconic industrial designs. However this mature understanding of design is not in evidence everywhere: Lord Heseltine’s holistic review of how to improve UK plc’s competitiveness made no mention of the design industries, and we are still expecting the Department for Education to drop the axe on creative subjects. But, silver linings: in the case of education, the impending crisis has at least created an unusual degree of cohesion and rallying in the sector itself.’

2012 Review – the year in interactive design