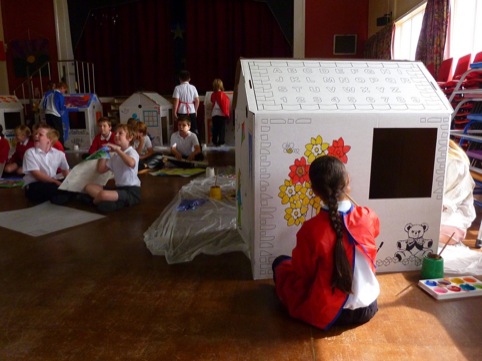 Education Secretary Michael Gove says the Government will ‘maintain a requirement’ for primary schools to teach art and design and design and technology at key stages one and two, alongside other core subjects.

However, he says study of these subjects will be shorter ‘to allow for the maximum level of innovation in the development of content in these areas.’

Gove says he will make an announcement on the secondary school national curriculum ‘in due course’.

The Design and Technology Association, which has been campaigning to keep D&T on the National Curriculum, says it is ‘delighted’ at the news.

In a statement it says, ‘We look forward to working in collaboration with the Department for Education and stakeholders in the community to develop and support the new National Curriculum in primary schools.’

As part of a campaign to keep D&T on the curriculum, a group of leading designers and education experts last year wrote to Gove to appeal for the subject to remain compulsory.

The new National Curriculum requirement for primary schools will come into effect in September 2014.

A new identity for Saab