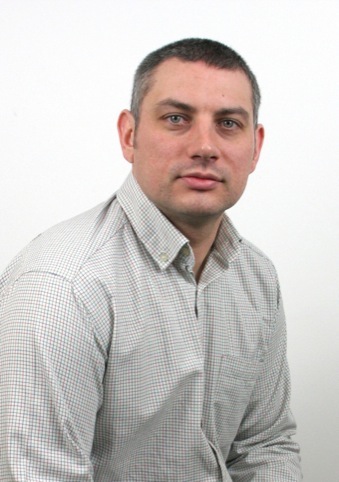 Soon after I graduated, I bumped in to a friend from school; he had a design degree, and boasted about his high salary working as a web designer. As I was then in a stop-gap job, my friend’s rather fanciful salary sounded fairly appetising to me. I set about learning all that I could about the web and trying to understand what I needed to gain this lucrative employment.

I soon found the Nielsen Norman Group’s Usability Week conference and attended their two day Human Computer Interaction Course taught by Bruce ‘Tog’ Tognazzini, founder of Apple’s Human Interface Group. In the first hour of the course it became apparent the subject matter was very similar to my product design degree. Raymond Loewy was championed, Lots of concepts translated easily and the use of metaphors, affordance and the process was identical. There was talk of Fitts’ Law, learnability of systems and sensible defaults, stuff which I use everyday. Those two days served to validate my skills, and gave me confidence where I had previously felt unqualified.

So here I am ten years later working as a user experience Designer in an industry that is still incredibly young and has a constant need to define (and often redefine) itself in a self-reassuring fashion. This need for reassurance sometimes results in blaming the educational institutions that are producing the next generation of designers. The theme being that they are letting the industry down by producing graduates with inadequate skills.

I’m not so sure that it’s the problem of educational establishments. If the industry continually redefines itself, how can these institutions, which can be slow to react, because they were formed in a different era, possibly keep up? Yes, the web moves at a fast pace. But design and its principles don’t really change that much. I think it’s these principles which design education should focus on, and graduates should sell to potential employers.

Learning graphics applications as part of course doesn’t really do people any good, especially when those applications are likely to swiftly become out-dated. It only serves to fuel the argument that design education is not providing the right training. Yes, you need tools to help you realise your designs and learn your craft, But a pencil is as good a start as any.

Some of the most valuable lessons I learned at university were around the ability to collaborate, critique and detach myself from my ideas. To step away from the problem, communicate with people taking them on the journey I’ve been on telling them why my decisions are right, and how they evolved. This is a vital skill for any UX designer. It’s these skills which I value highly, and use on a daily bases. Nowadays referred to as design thinking.

The biggest challenges facing design education is not the challenge of keeping up. It’s the ability to remain focused on teaching design. Not equipping graduates with skills that will become irrelevant and out-dated in the immediate years after they graduate.

Now that the web has moved on it’s important that young designers focus on design. Designing for the web, whatever your job title ends up being, is challenging and worthwhile. The job holds some of the most interesting design problems of the coming years. We can design products or services and react to how people use them.  To solve these problems we will need designers who are skilled in the craft of design research, communication, leadership and education. We need people who can influence business at the highest levels.

Gavin Wye is a user experience designer at TH_NK London.