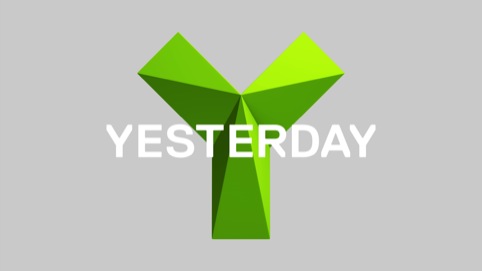 Yesterday was previously called UKTV History and was rebranded by Red Bee Media in 2009, as part of the consultancy’s work on the UKTV channels.

The channel is now launching a new identity and idents developed by Dixon Baxi, which previously rebranded UKTV channel Watch.

The Yesterday rebrand brief, which was set by the channel’s marketing manager Emily Latham, called for a ‘vivid, populist and fresh identity that would bring Yesterday’s content to life and help to change viewers’ perceptions of the channel.’

The branding is based around a ‘Y’ icon, and new idents using the identity will launch when the channel goes live on 24 July.

Simon Michaelides, UKTV marketing director, says, ‘The iconic and contemporary new identity that Dixon Baxi has created for us, married with the influx of dynamic new content, will help us not only drive our consumer profile but also build on the momentum of Yesterday’s strongest year to date.’