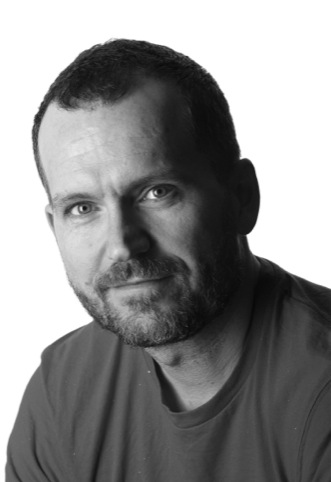 Not only that, but in this instance the chef doesn’t know how to cook, the restaurant has recently sacked most of its staff who did, and so the chef has to ask the frog how to turn the oven on.

In the past two months, Bell has been offered a number of ‘opportunities to tender’ from Government – if doing a week’s free work for an anonymous client and then casting it into the void, priced at cost, can be described as an opportunity. I will not name the guilty – yet; but here are a few choice examples.

The Department who have asked us to create two fully-formed strategies, with creative – for e-DM and social media respectively, and told us we will be competing against ten (yes TEN agencies). The cherry on this particular cake is that they’re open about the fact that they’ll be using the lowest bidder. The euphemism-du-jour is ‘most economically advantageous’ – which at least has the advantage that it doesn’t send me into blind, unreasoning, 24-hour, non-specific rage like the words ‘low-cost/no-cost solution’ used to.

Aside from the fact that there aren’t ten different kinds of integrated agency – and that they won’t get a spectrum of ten wildly differing quotes, or ten wildly differing approaches – it’s simply unethical to ask for so much free work – especially in these economic circumstances. The Government procurers’ rote justification that they’re ‘protecting the public purse’ is both weak economic thinking, and unbearably myopic. But I digress.

There’s the ‘arms-length’ Government body for whom we recently prepared a detailed outline for a bespoke software solution, who insisted on a very strict and tight deadline, and have since not only failed to stick to their own procurement timetable, but can’t even be arsed to email us and let us know why (let alone, talk to us).

There’s the Department who asked for (you guessed it) a fully-formed strategic approach, and then thanked us and informed us they would be doing the work in-house. I kid you not.

I could go on. There have been (rare) pockets of excellence in Government procurement, but often such people are regarded by the establishment as dangerous mavericks – rather than as people who actually get things done, and have the expertise to be trusted in their decision-making.

There seem to be three problems at the heart of this issue: most Government procurers don’t know how to use a roster correctly, they are confused about the true meaning of ‘value for money’, and all too often they simply don’t have expertise in the services they are procuring (witness the recent tender asking applicants not to use ‘industry jargon’. Huh?).

And then there’s a fourth horseman: relationships. Most Government procurement practice is based on the premise that consultancies are determined to rip their clients off. We are subjected to eye-watering levels of scrutiny that the Departments themselves wouldn’t stand up to. OK, fair enough when applying for a roster – but with every job? Really? Think this through guys – if we rip you off, will you work with us again? Is it in our long-term interests to give you an ineffective, over-priced solution? We’re taxpayers too, you know.

Current Government procurement practices are ultimately anti-competitive, myopic, inefficient and at times unethical (perhaps unwittingly, given the dearth of specific expertise). I wonder how much the public purse would save by employing experts?

At the very least – stop boiling the frog and start building relationships. Call us; we won’t charge you.

The joy of making