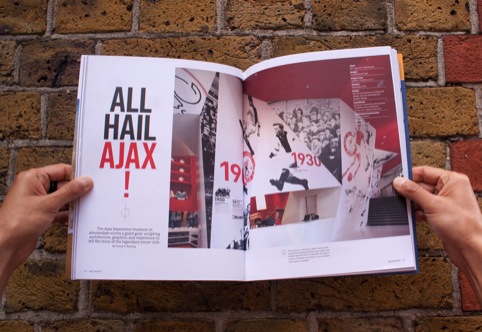 Alex Wood, partner of Holmes Wood, sits on the board of the organisation  and raised the idea of a redesign.

Holmes Wood creative director Lucy Holmes says, ‘After almost a decade in publication, the magazine badly needed a new design in sync with the sophisticated content that SEGD members have come to expect from it.’ 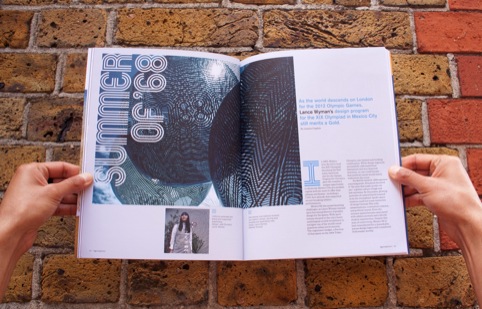 The name eg is a reference to both environmental graphics but also a ‘graphically compelling contemporized version of the Latin e.g’ according to the consultancy.

A bracket shaped crop on the cover contains the name and typefaces have been cat in varying weights so that the masthead changes with each issue.

The magazine has been made smaller and is now printed on an uncoated paper stock.

A grid for the magazine’s layout has been loosely devised around the Pentagram-designed SEGD identity which features four vertical bars. ‘The grid provides a flexible framework for creating varied layouts and emphasising dramatic photography of environmental graphic design projects,’ according to Holmes Wood.