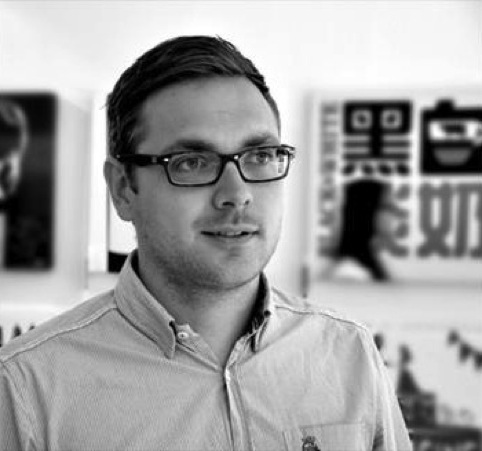 I think that ideas come from making unexpected connections between things. A great way to start a brief is to bombard yourself with imagery at random without thinking too hard. If you’re in the right frame of mind you find that most of the images that you look at provide you with a new idea or at least a different angle on the brief.

That’s why I find Instagram very inspirational. Of course, it helps that most of the people that I follow are designers. They instinctively look for strange coincidences, making unusual connections between things.

Take for instance, this picture of the road outside the Design Bridge studio.

I have crossed this part of the road hundreds of times and missed the fact that the hole in the Tarmac reveals a British Isles-shaped section of cobbles. It goes to show that if your mind is open to making strange connections you can find them everywhere.

Other examples that I have included here are my colleagues’ pictures – a half-eaten bagel that forms a ‘C’, and a man taking a jacuzzi in a cup of tea. Gems like this are automatically stored in the back of your mind. Who knows when a typographic brief for a bakery will come in, or when we will need a way to communicate the relaxing properties of a cup of tea?

Last Halloween I noticed that a lot of pictures were springing up of pumpkin carvings. Everybody carved their pumpkin differently and seemed to have a lot of affection for their creations. All we needed was a brief to come in for a Halloween-inspired pack…

Thanks Tate and Lyle.