The charity, which is the biggest of its kind globally, says it has been prompted to rebrand by its desire to increase scientific research through fundraising growth.

Despite a forecast of the increase in diagnosis of cancers, the charity found that people were unaware of the prevalence of the disease. 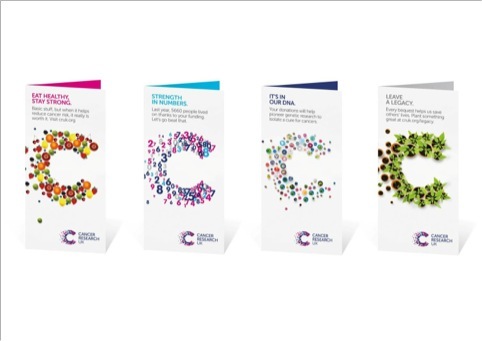 Furthermore, an audit of the brand showed that people were unclear about the role of the charity, and a large proportion of cancer sufferers revealed they don’t experience the charity in their treatment. 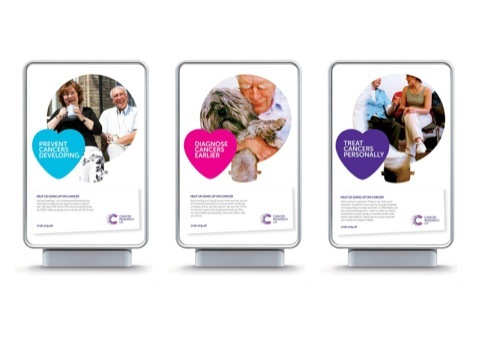 The previous identity – which was created by Enterprise IG in 2002 – was shown to have practical problems; particularly that its directional arrow was viewed as wayfinding at events, and that the identity’s ‘bulkiness’ meant that it appeared in small text, when used by other parties alongside affiliate brands.

The new identity has been placed in what Cancer Research calls ‘A braver, bolder and more confident’ context, which can be seen applied in the brand’s new tone of voice, on campaigns.

It’s ‘C’ marque, which is made up of dots, can be built up slowly when animated, and the dots can be swapped for other icons to demonstrate different messaging.

Cancer Research hopes that the new brand will come across as ‘warmer, transparent and appreciative’.

A charity spokeswoman says that in time there may be scope for commissioning digital, mobile and app based applications of the brand.