We take a look at the cover designs for the six shortlisted novels, and also get the opinion of editiorial design expert Teresa Monachino, who picks out her favourite design of the six. 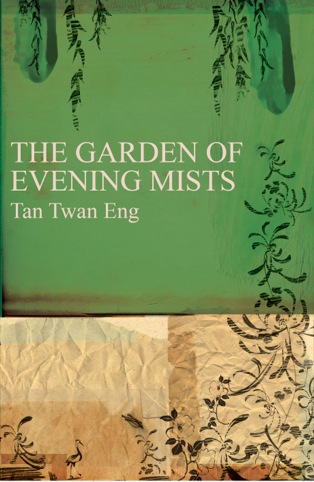 Set in Malaysia’s Cameron Highlands in the years following the Second World War, The Garden of Evening Mists is based around the relationship between Chinese-Malaysian Yun Ling and Japanese gardener Nakamura Aritoma. The book touches on gardening, tea ceremonies, Zen philosophy and horimono – a Japanese technique of full-body tattooing.

Teresa Monachino says: ‘The illustration isn’t really adding anything other than decoration, while it’s pleasant enough I feel it’s a missed opportunity.’

Swimming Home, by Deborah Levy
Published by And Other Stories/Faber & Faber
Cover design by Joseph Harries 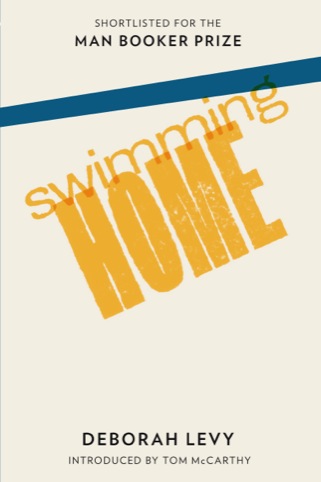 Set in a summer villa in the French Riviera, occupied by holidaying couples, and taking place over a single week, Swimming Home explores the devastating effect depression can have on apparently stable, well-turned out people. The cover shown is the original edition, published by And Other Stories, while the current Faber & Faber cover, designed by Dan Mogford, can be seen here.

Teresa Monachino says: ‘This design execution is very much my style, graphic and direct but for me the idea is unresolved, the blue line/water is good but the placement of the text I think could have been cleverer. Good shelf stand-out due to its simplicity.’

Bring Up the Bodies, by Hilary Mantel
Published by Fourth Estate
Cover design by Julian Humphries, with illustration by Andy Bridge 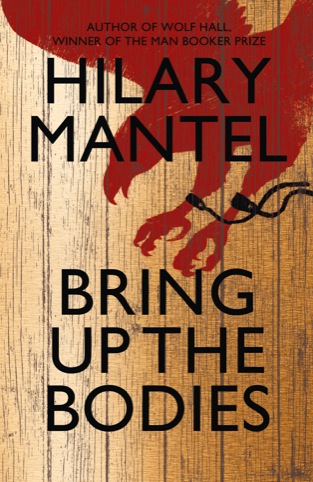 Bring Up the Bodies is the sequel to Mantel’s Booker Prize-winning Wolf Hall. Set in 1536, it concerns Thomas Cromwell, chief minister to Henry VIII, and his struggles to keep the king on the throne while dealing with the failure of Henry’s wife, Anne Boleyn, to bear an heir.

Teresa Monachino says: ‘A compelling title that’s allowed the space it needs to project the impact of its words, supported with an equally striking image, unmistakably Mantel, it looks, feels and smells like what it is.’

The Lighthouse, by Alison Moore
Published by Salt,
Cover design by John Oakey 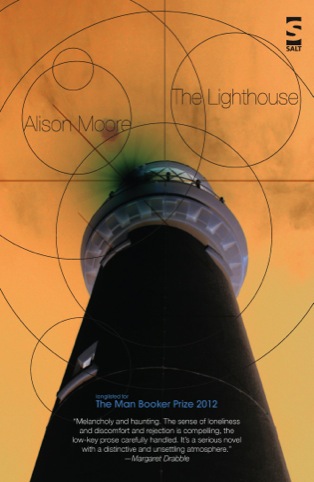 The debut novel from Alison Moore, The Lighthouse is based around lonely, diffident industrial chemist Futh, who takes a walking tour of the Rhineland after separating from his wife. While walking, he contemplates his unhappy childhood, with the novel’s title coming from a lighthouse-shaped perfume bottle, given to Futh by his mother, which he treasures as a talisman.

Teresa Monachino says: ‘When a book carries an image that repeats the title the designer has to add an extra layer of richness to one of them. Here the title is paired back and the bold image sets the mood and succeeds in drawing the viewer in.’

Umbrella, by Will Self
Published by Bloomsbury
Cover design by Greg Heinimann 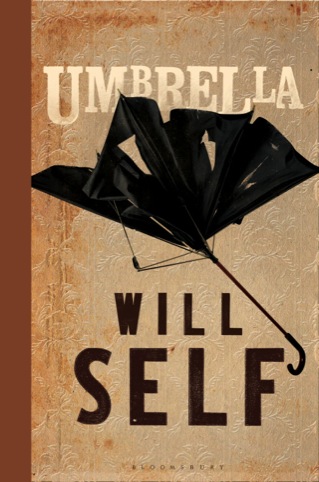 Set across an entire century, Umbrella follows the story of Audrey Death, a 1920s feminist who falls victim to sleeping sickness and spends half a century in a catatonic state, before being reawaken by radical psychiatrist Zack Busner. Self sets out to understand the nature of the modern world by harking back to the industrial madness of the First World War.

Teresa Monachino says: ‘Another book that carries an image that repeats the title, but here we get much more, the umbrella is jagged and abstract and far from protecting, this is going to be an uneasy read. This is my favourite design of the six.’ 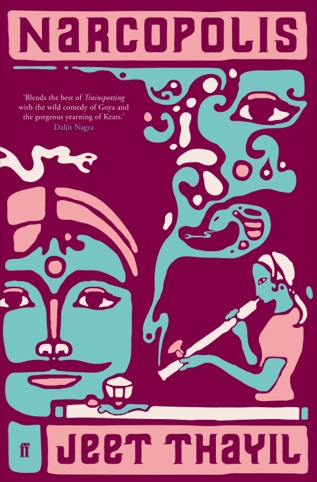 Starting in a Mumbai opium den in 1970s Mumbai, Narcopolis tells the story of India’s changes over forty years – with a parallel plot outlining the usurping of opium with heroin addiction.

Teresa Monachino says: ‘Here the title is abstract so the visual has to be explicit, India/drugs, it’s striking and evocative and jumps out from the shelf.’