However, like the much-maligned branding, only the test of time can reveal the adaptability and fluidity of the mascots, which can be customised for different situations.

Grant Hunter, regional creative director for Asia at Iris Worldwide, says, ‘The main brief from Locog was “how do you inspire young people to get involved in sport”. We felt we had to do something for the digital age to connect with kids. The customisation is something we hadn’t heard of being done before – it’s always been an animal relating to the country.

‘[It reflects] the diversity of the UK and of London’s skyline, where you’ve got Temple next to the Gherkin.’ 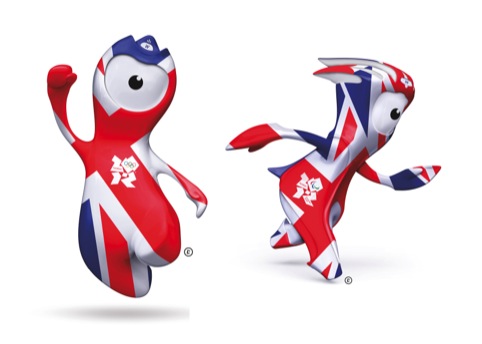 However, while Mark at Creative Review concluded that the mascots ‘have just the right balance of digital zeitgeist and cheeky playfulness about them’, comments on his article were less kind. ‘Just awful. They have about as much charm as Peter Mandelson’; ‘pretty disappointing & kinda creepy’; ‘A whole lot of nothing’ and, rather creatively, ‘Jedward for the digital age’ were among the more disparaging comments.

According to Iris, the mascots’ yellow head lights are inspired by London black cabs; Wenlock’s bangles use the Olympic rings colours and Mandeville wears a timing device to track his ‘personal best’.  Their single eye is a camera, which will ‘capture the people they meet, the places they go and the sports they try on their journey to 2012’.

In a piece for Computer Arts, tellingly entitled Why I Hate Wenlock and Mandeville, Pentagram partner Angus Hyland branded them ‘thoroughly dehumanised’, deciding they ‘reek of committee decisions and that terrible need for political correctness that seems to destroy all trace of charm or idiosyncrasy.’ 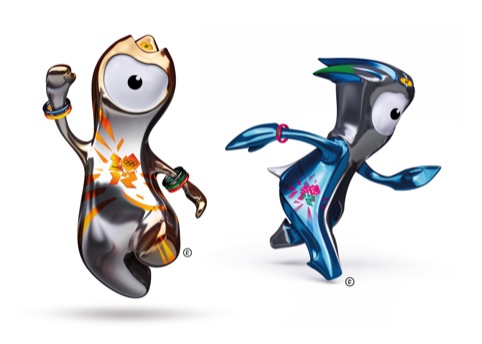 Hunter denies that the mascots were overtly informed by ‘political correctness’ or stringent guidelines. ‘The hardest thing was choosing a name that wasn’t already trademarked’, he says. ‘The rest is refinement to make sure the two characters are unique in their own right. The designs are very true to what we first came up with.

‘It’s possible through animation to give them human qualities. We looked at how to engage with kids and get them excited – the negative stuff has been from older people, and it’s been quite cool as the kids are who we created it for.’

The characters arrive with their own comprehensive fictional backstory, written by children’s author Michael Morpurgo. The narrative, brought to life in an animated film (see part one below),describes how two drops fell from the molten steel used to create the last girder for the Olympic stadium at a steelworks in Bolton, which then formed Wenlock and Mandeville.

Their names are derived from Much Wenlock in Shropshire, where the Wenlock Olympian Society held its first Olympian Games in 1850; and Stoke Mandeville Hospital in Aylesbury, Buckinghamshire, which organised the competition for injured soldiers in 1948 that inspired the Paralympics.

But are these stories reaching the children they’re aimed at? We spoke to eight-year old Lewis McEneany, a primary-school pupil and Olympics fan who lives in Guernsey.

‘My teacher has told us the story behind them and that their names are from where the Olympics originated’, says McEneany. ‘My teacher said that their eyes are like London taxi headlights and the three prongs on their heads represent the medals that you get at the Olympics.’ 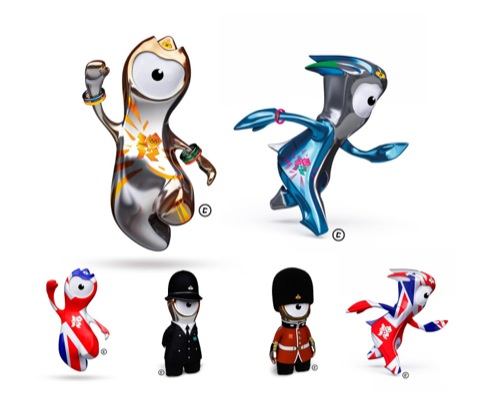 As well as the animated films, the mascots have a huge online presence, with a website that allows children to design their own mascots, themed school learning materials, a one-off strip in the Beano comic and now a series of sculptures around London. According to Iris, more than 100 000 designs have been submitted through the site.

Andy Thomas, science coordinator at Queensbridge Primary School in Olympic Borough Hackney, teaches six and seven year olds. He says that the characters have largely gone down well with this age group. ‘They’re very aware of them’, he says. ‘There’s been a lot of Olympic-linked education resources and of course they’re all associated with the mascots, things like science and PE resources, especially on the web.’

So it is the cute Morpurgo backstory that captures kids’ imaginations? Apparently not. ‘The kids I teach don’t know the story – and I think that goes for everyone up to Year Six’, says Thomas. ‘I just think they think they’re quite fun characters. I think the lower the age group the more popular they are – Year Six are a bit more cynical about cartoon characters in general.’

He adds, ‘I think they have a lot of similarities to other stuff kids are into. It’s that highly processed, shiny, colourful look. They look like something you might get on a lot of the iPhone apps they play on their parents’ phones. It’s got an Angry Birds feel to it with the big, bold colours.’

McEneany seems to agree. ‘I think they are very nice’, he says. ‘[They’re] cute but they look kinda like aliens’.