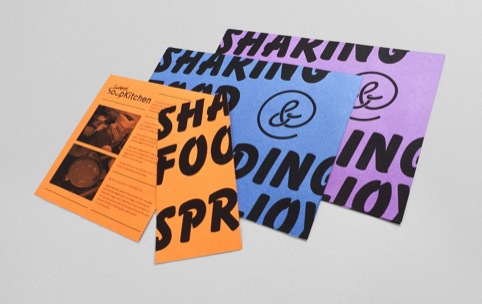 The consultancy took on the project pro bono as Mercy director Joe Bramhall is a volunteer with the charity, and wanted to help it raise its profile.

Mercy says, ‘The Southport Soup Kitchen supports not only the homeless, but increasingly individuals and families who have been hit by high unemployment and a reduction in social support.’

The wordmark identity features a ‘U’ shaped like a soup-bowl, while the brand uses several headline typefaces, together.

Mercy designer Matt Saint says, ‘We wanted to create something friendly and easygoing that would provoke an emotional response.’

As well as developing the identity and print collateral, Mercy has also created a Southport Soup Kitchen website that allows visitors to make a donation.