At around 8pm on 27 July, a nation put aside its cynicism, its worries about transport, infrastructure and the economy and joined Boyle in a celebration of British humour, eccentricity and originality.

The ceremony was littered with memorable moments – the giant NHS sign, Tim Berners-Lee’s ‘This is for Everyone’ tweet, the Queen jumping from a helicopter, but the highlight was undoubtedly Thomas Heatherwick’s show-stopping Olympic cauldron.

The cauldron’s design was one of the most closely-guarded secrets of the Games, and the kinetic sculpture, made from 204 copper petals – each representing a competing nation – was more than worth the wait.

Central Government had a fairly complicated relationship with the design industry in 2012.

On the one hand there are significant fears of its attitude towards design education, procurement and other key issues. But on the other, it showed remarkable foresight and grasp of good design practice in the launch of Gov.uk – a single public-facing domain that replaces hundreds of departmental pages and websites.

The initiative has been led by Government Digital Service head of design Ben Terrett, who had to tackle the frankly mind-boggling task of bringing all the Government’s services under one domain.

Terrett says an added challenge came from users probably only visiting a Government site once or twice a year, so they would have no time to familiarise themselves with the navigation.

Using the maxim ‘simpler, clearer, faster’ as a basis, the GDS team has brought a series of services, from renewing driving licences to filling out tax forms to applying for UK citizenship, together under one roof. In doing so it has delivered what is probably the UK’s most important design project of 2012. 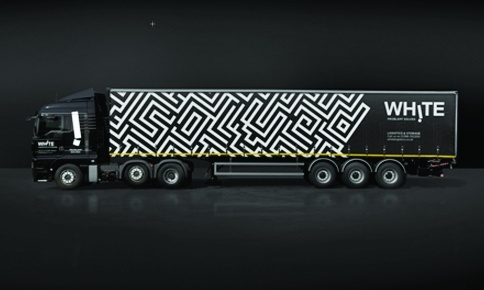 Apologies on two counts for this entry, firstly as it’s rather self-regarding and secondly because it’s for a project which was carried out in 2011.

These caveats aside, The Allotment’s rebrand of White Logistics and Storage is, to my mind, a brilliant design story.

It demonstrates design’s ability to create organisational change. Brought in through the Design Council’s Designing Demand project, The Allotment carried out a rebrand that has led, apparently, to £500 000-worth of new business in six months.

Crucially though, The Allotment’s work is beautiful, sophisticated, humorous and brilliantly-executed, and these are the qualities that led the judges to award the Best of Show Award at this year’s Design Week Awards.

2012 was a bumper year for anniversaries.

The centrepiece, of course, was the Queen’s Diamond Jubilee in June, an event that gave packaging designers licence to go wild with the punnery.

But her Majesty wasn’t the only institution celebrating a significant anniversary. The Royal College of Art celebrated its 175th year by inaugurating the new Dyson Building in Battersea, and introducing new branding, designed by the all-star team of Neville Brody, Margaret Calvert and Henrik Kubel of A2-Type.

D&AD, meanwhile, marked its 50th anniversary with a bumper awards ceremony in September, honouring the top D&AD award winners of all time (Apple, David Hillman and Derek Birdsall among those making an appearance).

New D&AD president Neville Brody has ambitious plans to refocus the organisation, through new initiative such as the D&AD Foundation, which could reshape D&AD for the next 50 years.

Right at the beginning of the year the Design Museum unveiled plans for its new home at the Commonwealth Institute in west London’s Holland Park.

The Grade II*-listed 1962 building, which has lain dormant since 2002, is being converted into a new headquarters for the Design Museum by architect John Pawson.

The £80m project will develop the five-floor, 10 000m2 space into galleries, temporary exhibition spaces, a café, a bookshop and a design store.

And the new designs will make full use of the building’s sweeping hyperbolic parabaloid roof – a feature that Pawson says he is lucky to have inherited.

When it moves to its new home in 2014, not only will the Design Museum have more space to show its collection, and closer links with nearby institutions such as the Victoria & Albert Museum, it will have a new home which will be a fitting representation of the power of good design.

• Design Week will be back on 2 January 2013. We’d like to wish all our readers a very Merry Christmas and a Happy New Year.