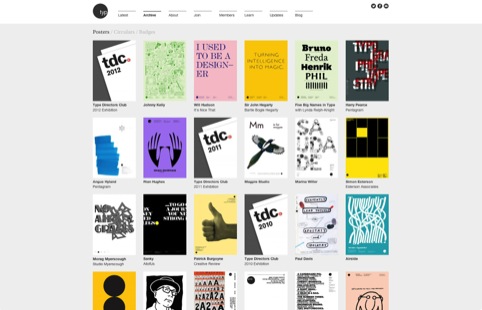 The website (which can be seen here) contains information on The Typographic Circle’s past and future talks as well as its entire archive, including posters, circulars and badges given out at previous events.

Jon Rowlandson, designer at NB, says, ‘They had an existing website but it had been designed a few years ago and was quite tired and outdated.’

NB co-founder Alan Dye recently took over as chairman of The Typographic Circle. ‘It’s his first year as chairman so we felt like it was a new start and wanted to give the website a bit of a refresh,’ says Rowlandson.

As the site is specifically designed for people interested in typography, Rowlandson says ‘the pressure was on to do something that was visually appealing as well as fully functioning.’ 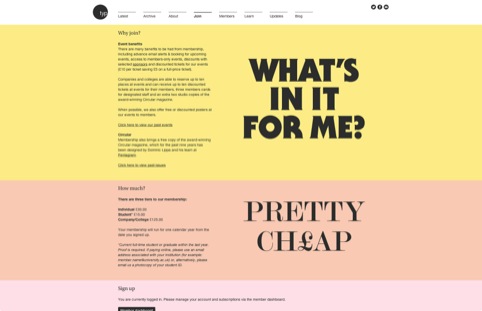 Although designing a site for something as visual as typography was challenging, Rowlandson  says more choice made it easier to be creative. ‘Good typography online used to be something that was difficult to achieve because you were fairly limited with about ten system fonts. Nowadays, we have a lot more scope and freedom to pick and choose nicer typefaces and be more selective.’

An important feature of the website is its ‘Learn’ section. Rowlandson says, ‘When we were being briefed, there was always the will to do something that was educational. The Typographic Circle already holds talks, which a large number of students attend, but they wanted to give a bit more back.’

The ‘Learn’ page has free downloadable type guides, reading lists and quotes from typography experts to help students who are looking for advice online.

The Typographic Circle’s next talk is in January and is being given by Rosie Arnold, the deputy executive creative director at BBH London and the outgoing president of the D&AD.