The Part 2 New Designer of the Year award has been awarded to Nottingham Trent University’s Craig Foster, for Kurk – a self-assembly lamp made from cork. 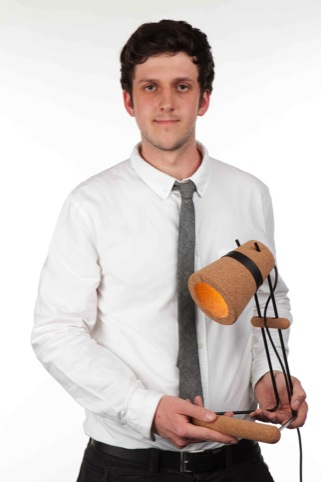 Runner-up was Swindon College of Art graphics student Eamon Martin, who was awarded for his body of work, which the judges described as having ‘a high level of artistry and craft’. 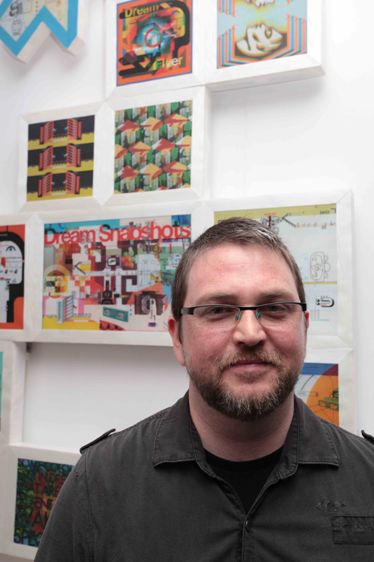 The winner of Part 1, which was held last week and focused on applied art and jewellery, was Joseph Hartley from Manchester Metropolitan University, for his Makery project. 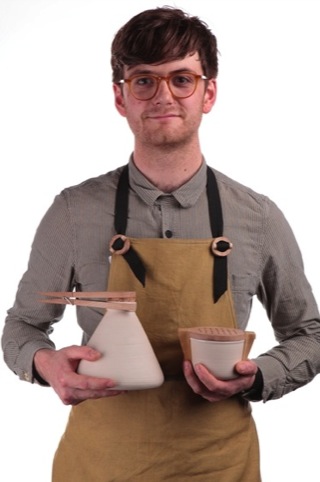 While Colchester School of Art and Design’s Giedre Vadeike was runner-up for this Active Protection Necklace. 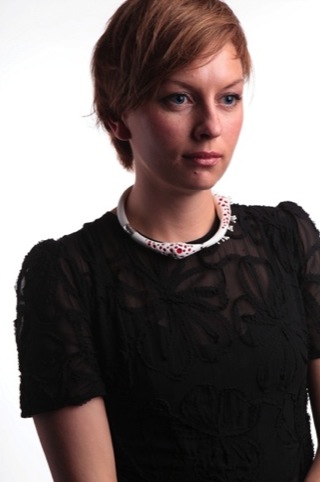 I took a tour around New Designers Part 2 yesterday, and here are some of the projects that caught my eye. 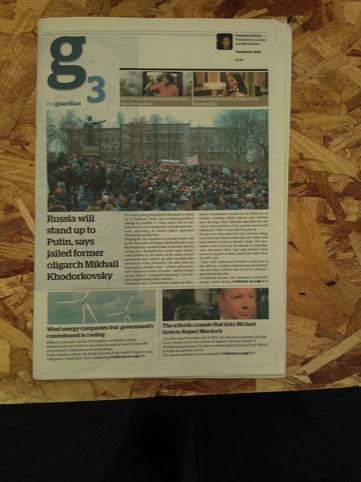 Each issue would be based on preferences entered by the reader through an app, and the printed paper would feature ads tailored for the readers’ interests. The idea has shades of Berg’s Little Printer project.

Nottingham Trent’s Daniel Gaze created this clock, which has a display covered in gauze, forcing you to engage more closely with it. The handy graphic underneath makes things clearer… 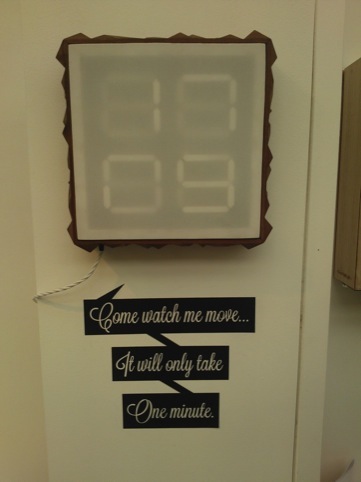 Kirsten Tödtling of Goldsmiths created this London After the Flood project, which envisages a future capital turned into an urban playground following devastating flooding. There was some nice print collateral… 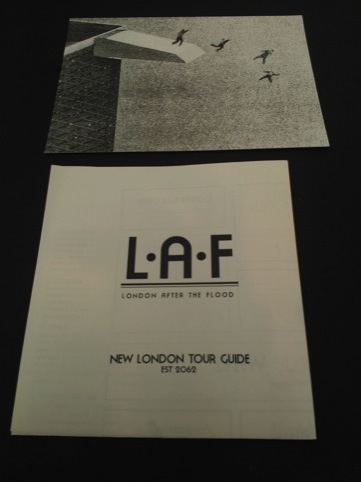 … and models, such as this one of the Shard turned into a bungee-jumping platform. 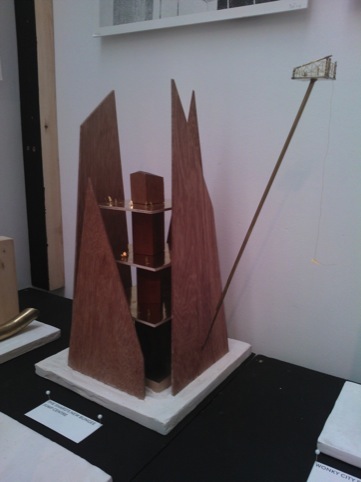 Raymond Paulson of Northumbria created these fantastic lights – what might not be clear from the photo is that the lampshades are made from super-thin, lightweight and rather beautiful cast concrete. 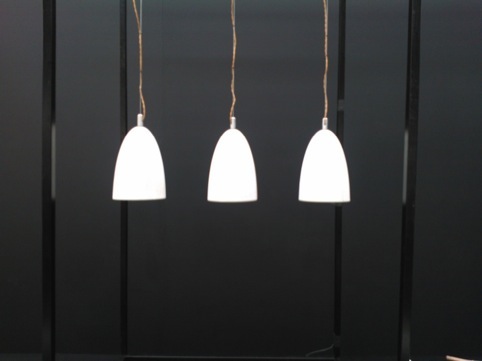 Upstairs in the graphics and illustration section, I was rather taken by this monster illustration by Sigrid Rødli of the University of Hertfordshire… 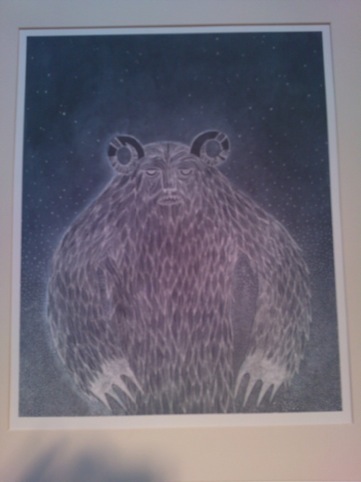 … Part of the Encyclopaedia of Legendary Monsters. 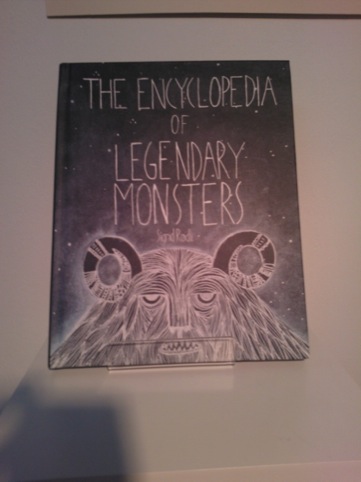 Paris Van-Loo, on the Hertfordshire graphics course, showed this work, based on ‘spilling the beans’, with narratives from Sherlock Holmes mysteries overlaid with bold red type that gives the plot away. 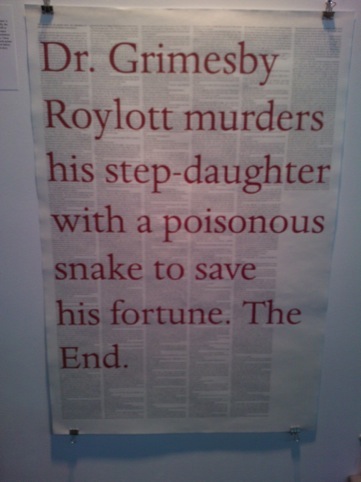 Here’s another image from Paris: 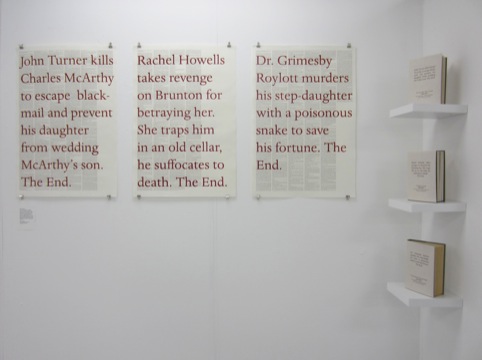 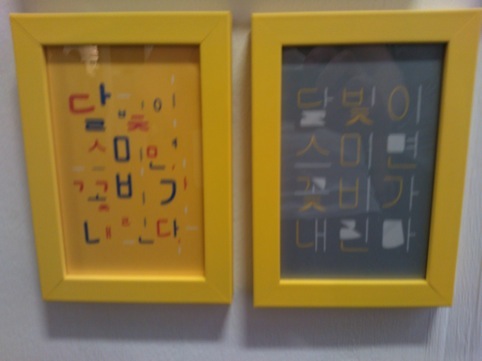 Ross Penrose, from Plymouth College of Art, created a line of merchandise inspired by the Inside Nature’s Giants TV show. The project combines graphics, editorial design and woodworking… 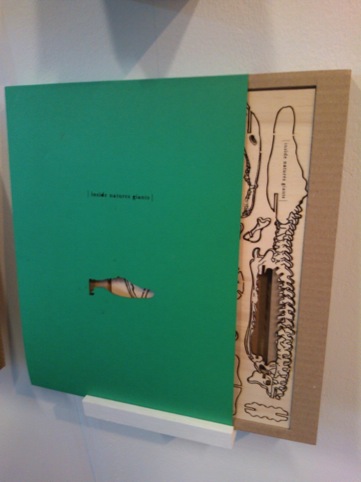 Ben Challon (or Bench Allen as he prefers to be known), from Plymouth’s illustration course, showed several illustrations and comics. 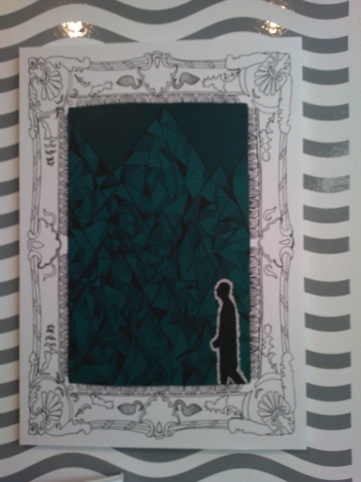 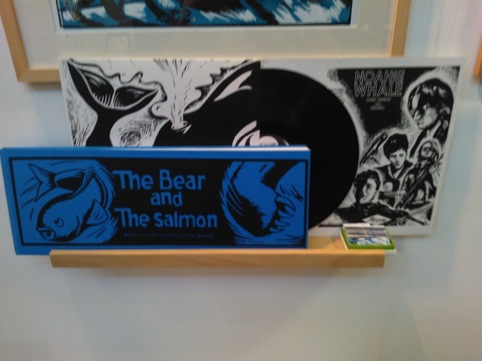 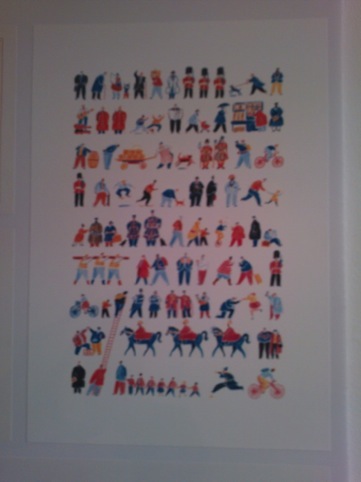 And although it was rather difficult to photograph, I loved this project by Nicki Treffers of South Essex College. A poster designed for the Christian Louboutin exhibition at the Design Museum, the concept is based around baring your soul (or sole…) and features the print from a confessional box.

Government names winners of Make it in Great Britain challenge