The Design Council and Warwick Business School have collaborated to create a Behavioural Design Lab, which looks to unite design with the school’s research into Behavioural Science. It will address issues including binge drinking, the impact of the internet on teenagers,  energy consumption, and ideas on boosting the nation¹s flagging economy. Design will be used to address the issues raised by findings from the school. Key areas it has begun work on including finding new ways to ‘break down the acceptance of binge drinking yet keep the social benefits of sharing a drink’ and supporting the use of smart power metering at home to reduce emissions and promote competition between energy suppliers to encourage greener lifestyles. 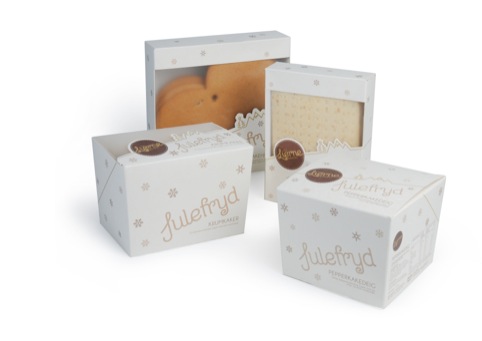 LFH has designed new Christmas packaging for Norwegian cake specialist Lierne Bakery. LFH was briefed to create a unique pack structure and graphics for Lierne’s Christmas (Julefryd) cakes, ‘reflecting the brand’s history and traditional values as an authentic, homemade cake producer’, according to the consultancy. The graphics were inspired by a traditional Scandinavian Christmas, with a new brand marque that references piped icing.

Manchester-based consultancy Drumbeat has designed new branding and developed a new website promoting Atlantic Gateway, a project that links private and public sector investment to deliver large scale development projects. Drumbeat brightened the Atlantic Gateway colour palette and created a new logo that aims to appear ‘more approachable’ and modern, according to the consultancy. The new site can be used across desktop, tablet and mobile devices.

Consultancy E3 has created a new website for the British Horse Society. The site features information on horse welfare, horse and rider safety, access and rights of way, education and examinations. The new design aims to help the charity better interact with users though a new homepage and regional landing pages, with a more powerful search functionality. It also features a new e-commerce membership system. The site overhaul is part on an on-going technology modernisation programme for the British Horse Society managed by IndigoBlue.

WDMP has rebranded AMEE, the environmental benchmarking organisation for businesses. The consultancy created a new look and feel and tone of voice to be used across all online and offline touch-points, with a new logo inspired by ‘nature and process’, according to WDMP. A new strapline, ‘The environmental standard for business’, has also been introduced.

Studio Makgill has designed a new promotional book for paper manufacturer GFSmith, launching the brand’s new PhoenixMotion coated paper. The consultancy worked with  photographer Angela Moore, using a series of still life shots of flowers being coated with paint. Each image helps to illustrate a particular feature or benefit to using the paper. Each page uses different finishes to create a tactile piece ‘to experience the smoothness and quality of the coated range’, according to Studio Makgill. 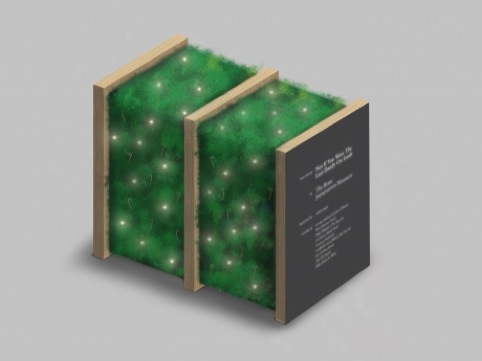 Consultancy Campbell Hay has worked with street-food event Feast, creating an interactive Tweetbox jukebox feature. Users can create playlists through Twitter, and request songs which are then added to the playlist queue at the event. The Feast branding was created by consultancy The Plant, which also co-founded the event.

Red Bee Media has created a film for The Aviation Foundation to support the organisation¹s latest campaign. Entitled The Great British Flying Test, the film was shot in Carlisle, apparently the town that is furthest away from a major international airport, with the aim of demonstrating the importance of aviation to local economies. 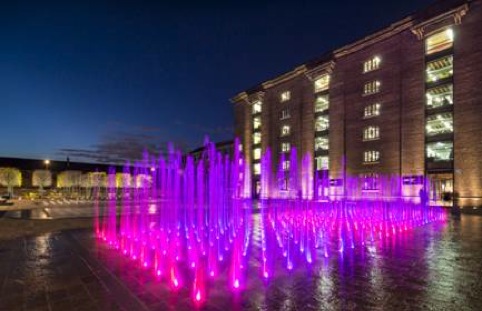 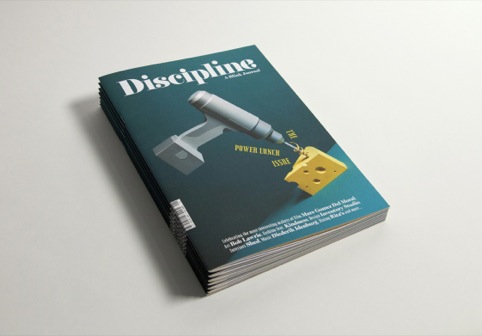 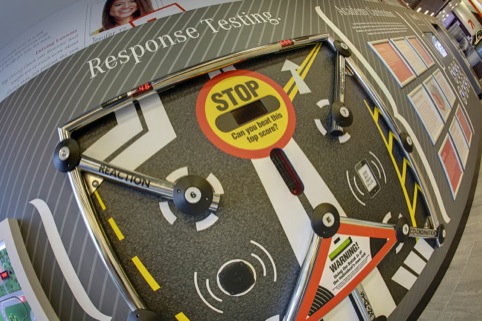 Green Room has created the Mercedes-Benz Driving Academy space for the Mercedes-Benz Driving Academy visitor attraction. The space features interactive and entertaining elements aimed at raising awareness of the driving school, inclusing a series of ‘play elements’ linked with dirving skills such as concentration and hand-eye coordination. Green Room created a feature wall with interchangeable graphics and digital media, and visitors can press icons on the graphic steering wheels to trigger AV content explaining the courses available.

To London With Love