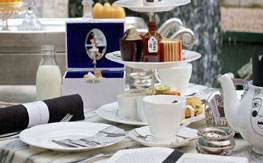 Shoreditch-based design collective Luna & Curious is designing bespoke crockery for a  ‘Mad Hatters’ themed Afternoon Tea in collaboration with the Sanderson Hotel. The tea will be set in the Courtyard Garden at Sanderson, and ceramics on display include teapots with designs of the king and queen of hearts, and sandwich plates featuring zebras, birdcages, carousels and clocks. A selection of jellies and cake is presented on a Phillipe Starck cake trolley.

Men’s magazine GQ’s in-house team redesigned its website, to allow flexibility between desktop, tablet, and smartphone applications. The website presents a new entry-point, as well as updated Style, Entertainment, Comment and Girls categories. There is a particular emphasis on the presentation of full screen picture galleries, adjusted to different screen sizes.

999 Design has been appointed by national housing provider Affinity Sutton to a four year creative services roster. The roster covers a range of work including branding, major communication campaigns, signage and digital marketing. 999 Design’s first task for the company will be to create an awareness campaign to explain the stages involved in the government Welfare Reform bill being introduced across the UK from April 2013. 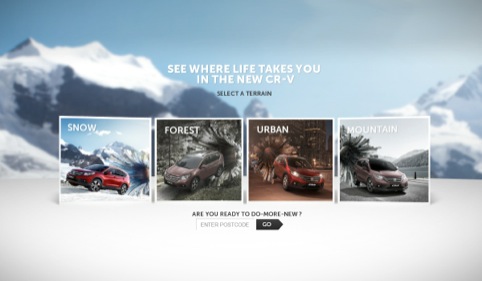 Design consultancy Collective London has launched Do-More-New, an interactive experience site for Honda CR-V, with an emphasis on travel and exploration. Features include the use of Google Street View to present terrain options of ‘Snow, Forest, Urban and Mountain’, updates on current weather conditions, as well as suggestions of things to do and places to stay in particular locations. 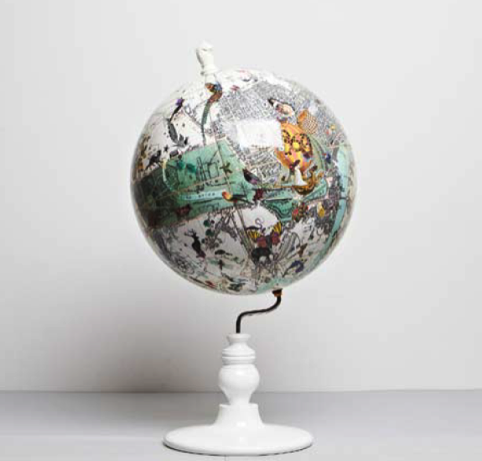 Kristjana S Williams Studio has created a bespoke globe in the print Modern London, to be exhibited at the Paul Smith Globe shop until January 2013. The studio’s work is characterised by prints combining contemporary illustration with Victorian engravings, and in 2013 Williams will be creating a limited edition wallpaper for Osbourne & Little, as well as art directing the Wilderness Festival for the third consecutive year. 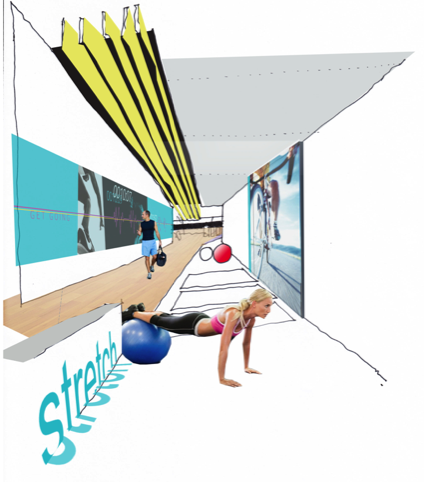 Platform has been assigned to design Vodafone’s gym at its head offices in Newbury, Berkshire. Working with the employee wellbeing service, Nuffield Health, Platform will design the interiors in accordance with the corporate branding of Vodafone’s campus. The concept includes creating different zones for aerobic, stretch, resistance, spin and weights, with corresponding graphics and motivational imagery. Platform have worked for Vodaphone on previous projects including their Customer Experience Centre, Network Operations Centre, and various offices spaces.

Nerv has been appointed by The London School of Theology (LST) as its lead digital creative consultancy. The Cheltenham-based consultancy was awarded the position following a year working to deliver the colleges’ marketing requirements, including a brand refresh, merchandise, event materials animations, and a quarterly student magazine.

Mercieca has appointed James King to its newly created role of digital strategist, working across all digital awareness social-related campaigns. King has previously worked as head of social at prostate cancer charity Movember and as lead digital strategist on brands including Betfair, Visa, Nokia, Intel, Zoopla and the BBC.

Design consultancy Make it Clear has worked on its event design for the subscription-free satellite TV service, Freesat, to be used across the stall at The Gadget Show and Ideal Home Show. The design encompasses the dressing of the event stand, a tablet-based checkout service, live demo areas, printed materials, email and social media. With messaging and imagery focused around the slogan Liberating TV, the branding also features bespoke iPad and Facebook apps. 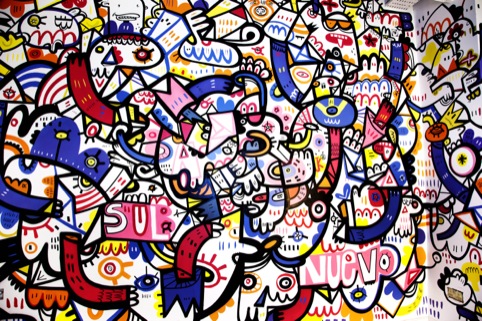 David D’Almada has designed the interiors for new Peruvian restaurant Coya in Mayfair, London. The interiors feature a paintings by Brazilian artist LoRo VeRz; while the space uses a ‘a rich Incan palette against modern metallic finishes’, according to Coya, with painted murals, textures and finishes that reference Latin America.