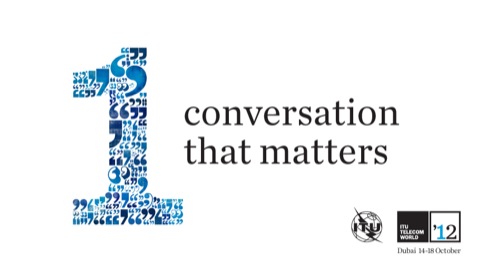 Lambie Nairn has created a new visual identity for the conference ITU Telecom World 2012, which took place in Dubai this week. The branding is designed around the number ‘1’, responding to the briefing to create an identity with the flexibility to ‘evolve as the ICT agenda develops’, according to the consultancy. The identity is shown across all event collateral and branding.

Blue Marlin has created the brand identity Bore Off!, for entrepreneur Lee Mckervey. The logo features a yawning smiley face, described by the consultancy as ‘contemporary, youthful and, functionality-wise, easily tailored to any communication platform’. The design will be featured on merchandise including t-shirts, mugs and stickers.

Pearlfisher has created a new identity and designed the packaging for Simply Sausages from Cranswick. The packaging is heavily copy-driven, providing names and wood-cut style illustrations for each of the variants, such as ‘Lethal Lucifer no.666’, which shows a devil, and ‘The Meaty Italian Job no.14’, featuring an Italian waiter. The aim, according to Natalie Chung, creative director at Pearlfisher, is to create a sense of ‘quirkiness’, ‘heritage’, and ‘authenticity’.

Coley Porter Bell has designed the packaging for The Chivas Brothers’ Blend, a new permanent product within the Chivas Regal range. The brief was to create a design  that differentiated the new blend from other Chivas variants, conveying the brand’s heritage without appearing too traditional or old-fashioned. The packaging uses purple to balance ‘tradition and modernity whilst creating stand-out fixture and providing a sense of authority.’

Code Computerlove has designed a new website for Hillarys, a retailer of made-to-measure window coverings. The consultancy has created new branding and imagery for the website, with neutral backing colours, and the slogan ‘Make a window. Make a room’. User-experience features include browsing by room-type, hints and tips, online videos and competitions.

Duttons Design has created a new visual identity for the Vision Bristol conference, to be used across a range of marketing material. The identity uses a green colour palette, with the word ‘Vision’ filled with patchwork green imagery, and neon green lettering for headings.

Social Works has created the branding and website for The Call Back, an online talent sourcing show, aimed at eight to 14 yr olds. Features include a bright colour palette and a cast of anime characters which appear together on the website header.

Brighton-based Studio Am has designed the logo and poster for the Fishlove photographic project campaign as part of an OCEAN2012 campaign against over-fishing. This week, Fishlove launched a poster at Brighton train station featuring a naked Elizabeth Jagger straddling a Tuna fish. The image was shot by Rankin Photography, part of a series of images of well-known personalties posing with different fish to make a stand against over-fishing. The logo for Fishlove features an image of a carp. The logo is in block red.

Liverpool-based design consultancy Smiling Wolf has been appointed to brand Southport’s forthcoming regional culture hub, The Atkinson, in response to the area’s redevelopment programme. Smiling Wolf will develop the branding, communications and digital materials for the centre. The branding will be applied to signage, products and packaging. 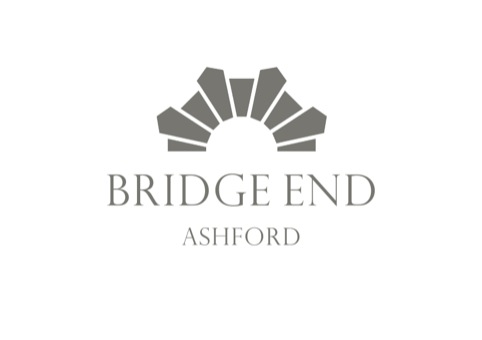 Studio Thomson has created the brand identity for Bridge End, a luxury holiday home in Ashford. The consultancy has applied the identity to touch-points across print, on-line, and video, in collaboration with photographer Peter Guenzel. The consultancy describes the marque as ‘classic and versatile,  and its image of a bridge archway references the nearby River Wye.

Wardour has been appointed to create engineering company Arup’s showcase for 2012. The contract centres around the creation of a book, in which imagery and editorial will highlight Arup’s engineering projects for 2012. As well as being distributed to clients and other stakeholders, a wider marketing campaign for the publication is also being discussed.

Manchester-based design consultancy Lake has developed  Intersport’s new consumer marketing campaign. The campaign focuses on running, and features two Intersport employees,centred around a split image to suggest that they are sports enthusiasts as well as retailers. The campaign will launch through a series of adverts, rolling out across national running, fitness and lifestyle print and digital channels from October.