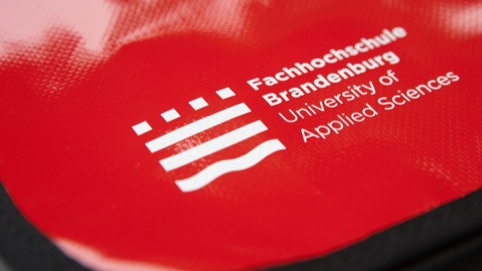 has designed a new logo for German university Fachhochschule Brandenburg. The symbol, like its predecessor, is inspired by the university’s architecture, housed in a former army barracks. The newly designed mark references the site’s nearby waterways and leisure facilities. 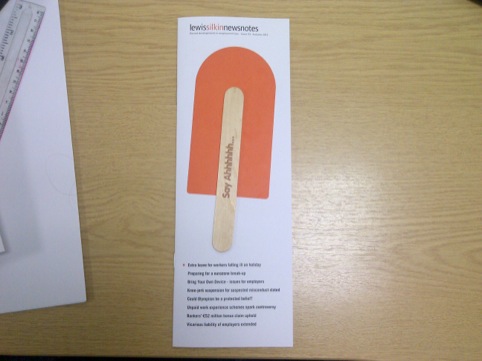 The Forest has created the Newsnotes publication for solicitors Lewis Silkin. Inspired by the lead story about employees having extra leave if they fall ill on holiday, the cover illustration of a lolly stick is formed form a medical tongue depressor.

Kemistry has created the branding, identity and on-screen look and feel for Romanian television channels Digi. This includes work on the Digi Life, Digi World, Digi Sport and Digi Film channels, as well as Digi 24, the first HD News channel in Romania. 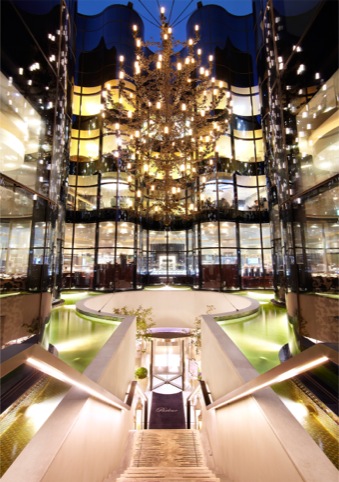 Korean restaurant The Parlour has opened with a  ‘one-of-a-kind’ interiors concept by JHP. The Seoul-based boutique-style tearoom was also branded by JHP, with the identity shown on visual merchandising, uniforms, menus, packaging, and other touch points. 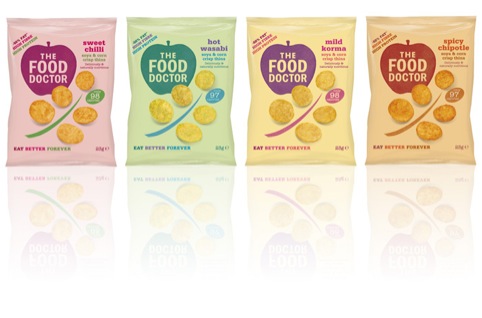 Falcon has designed packaging for The Food Doctor’s new soya and corn crisps range, Wholesome Crisp Thins. The design uses The Food Doctor’s existing apple identity and colour palette, but ‘places greater emphasis on the product format, nutritional value and variety’, according to Falcon. It uses a sprig device to demonstrate the health benefits of the product.

Cornwall-based consultancy Nixon has created a new website for Newquay’s Headland Hotel. The new site showcases all the rooms, luxury facilities and suites at The Headland, and includes an interactive village plan of the Headland’s collection of self-catering cottages. 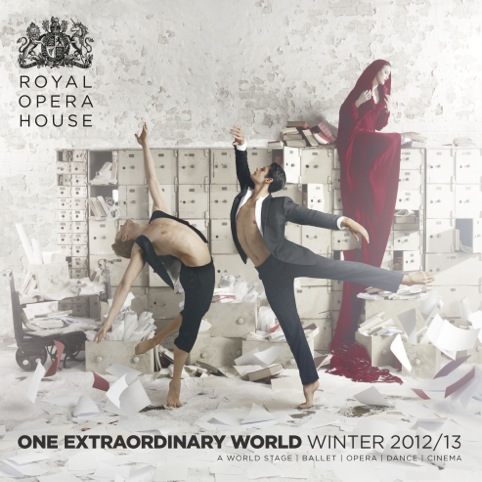 AKA has designed the materials for the launch of the Royal Opera House’s Winter season. The concept draws the ROH’s Winter Season programme, such as Tosca, and the images are informed by ‘ideas of memory, those fleeting moments in time that determine our path in life’, according to AKA. The consultancy worked with photographer Kevin Macintosh, Production Designer Daryl McGregor and the Royal Opera House’s costume and wardrobe team on the project. 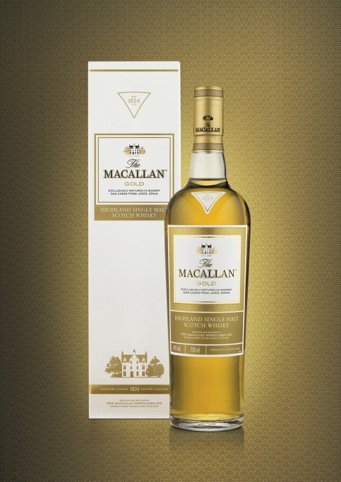 Aberdeen-based design consultancy The Art Department has designed the packaging for a new range of four whiskies for luxury single malt whisky brand The Macallan. Macallan Gold is the first of the four designs to be revealed. 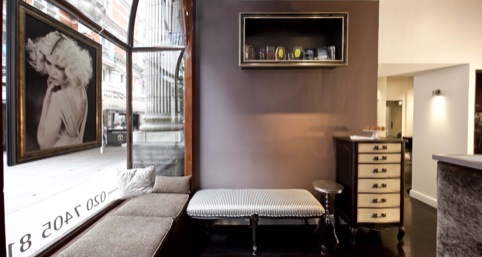 Retail design consultancy SSG has designed the interiors of a new salon for London hairdressers Brooks&Brooks. SSG were appointed to ‘re-think and re-energise’ the salon concept, having created the initial designs about ten years ago. According to SSG, the new design combines ‘pockets of theatre’ to create ‘dramatic focal points’ through ‘an eclectic mix of lighting and furniture.’

Consultancy Winkcreative has created a campaign to promote a new range of Hermès ties. It created a print catalogue and interactive website based on the idea that the ties are ‘knot what you think’, working with photographer Zoe Ghertner and stylist John McCarty on the project.

Vivid Brighton has developed the new brand identity for Bonnie Baby UK, a producer of premium baby clothes. The re-brand encompassed the identity, new e-commerce website and the opening of their first flagship store in Hong Kong. 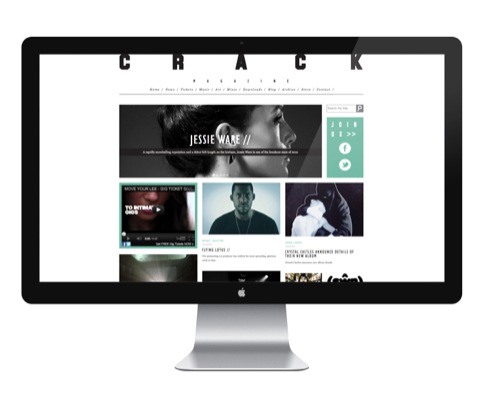 Fiasco Design has created a new website for Crack Magazine, a monthly music, art, reviews and listings printed publication and website. The consultancy was tasked with creating ‘a flexible, mobile-friendly site with an easy-to-use, intuitive content management system’ to increase the site’s reader retention rate. 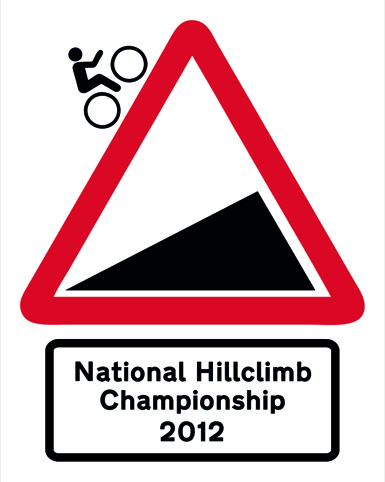 has designed a logo for The British National Hill Climb Championship, which takes place annually at various locations in either England or Wales, organised by the national governing body for cycling time trials, Cycling Time Trials. The logo will be used across all promotional materials. This year’s event is being held in Ramsbottom, Lancashire, on 28 October. 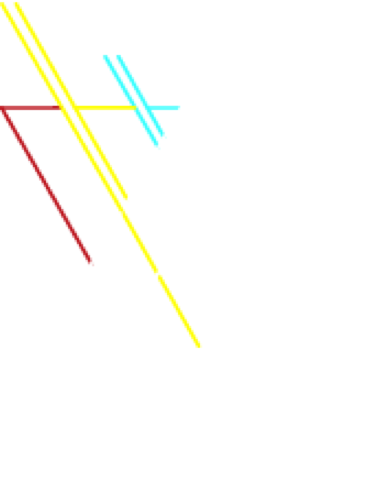 Ahoy Creative has created the branding and website for Manchester music and club venue Victoria Warehouse. It was briefed to create ‘strong, iconic’ branding for the venue that reflects its uses as a hotel, live music and exhibition location and corporate events space.

North West design consultancy Entyce has launched the Entyce Design Awards 2013. Now in its sixth year, the awards aim to raise the profile of design students studying a higher education course in the UK. This year’s competition is being run in association with sporting charity Access Sport. Students can enter five design categories: logo, website, advertising, banner design and promotional. To find out more visit www.entycedesignawards.com 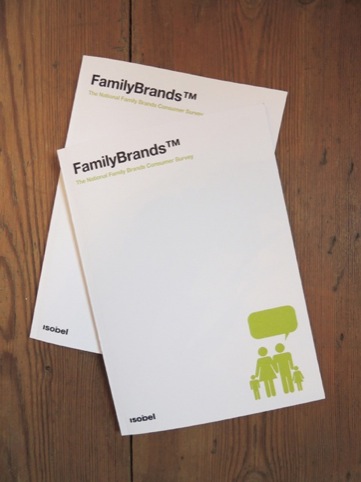 Paul Finn of Fitzroy and Finn has designed the FramilyBrands book for London ad Agency Isobel. The book provides an overview of three years of the consumer study from its launch in 2009, which aims to identify the UK’s top family brands. Boots, M&S and the Co-Op were first to third respectively.