Without giving too much away, the story begins with our protagonist, a detective, at the heart of a national conspiracy. He fires two shots to his own head; yet rather than immediately dying, his brain reels into overdrive and a frantic synaptic fight for survival ensues. The entire story takes place in this split second reaction time. 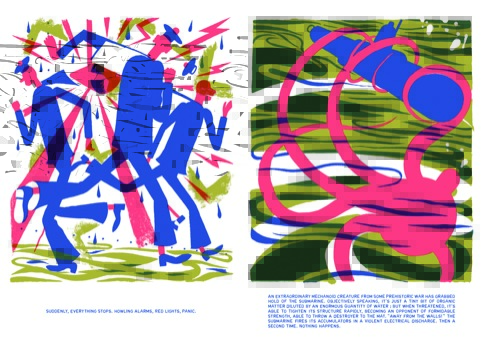 Page after page of stunning print work paints a satirisation of the mind’s ability to ‘seduce itself ‘– a tale of dreamlands, psychological intensity, life and death. 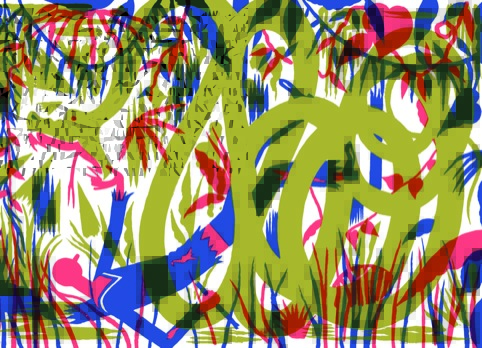 The language and imagery are seamlessly balanced – deceptively simple and measured, yet profoundly disturbing. ‘The city is ablaze’, the book opens. ‘For a moment, I pause on the rooftop, taking in this apocalyptic spectacle.’

The narrative – our protagonist’s thought processes – flits wildly between disparate scenarios, varying from the violent to the mundane. Monkey-bear-type creatures carry a ‘slumped suited man’ before an apocalyptic scene is before us where ‘buildings collapse in screams, asphalt liquefies, white-hot geysers spit out manholes.’

The state of perpetual half-awake half-living is palpable – the chaotic imagery mirroring the weird psychosis of the text. 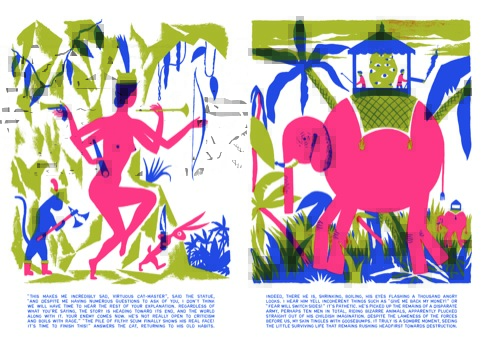 But we won’t give too much away…