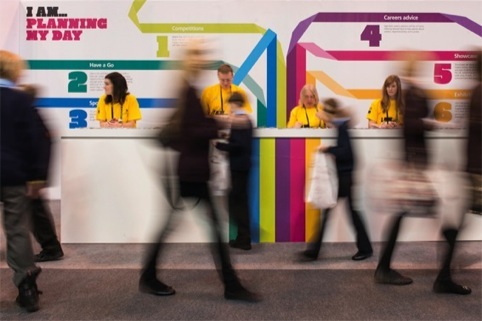 The Skills Show, which runs until 17 November at the NEC in Birmingham, is the culmination of the WorldSkills UK competition, and also provides opportunities for young people to try out new skills, such as floristry, bricklaying or game design.

The organisers hope to bring around 100 000 young people through the doors, to see exhibitors including colleges and universities and employers such as BAE Systems and Jaguar Landrover.

Purpose was appointed to the project around four months ago, according to creative director Stuart Youngs, and tasked with developing ‘the whole experience’. 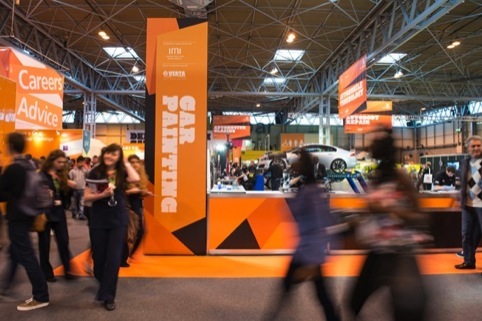 The consultancy had previously dveloped graphics for WorldSkills UK based on a series of coloured blocks.

This included advertising prior to the show’s launch, graphics and layout for the show, and print and digital touchpoints.

The branding is based around a ribbon theme. Youngs says, ‘We realised that everyone at the show was there to celebrate’. 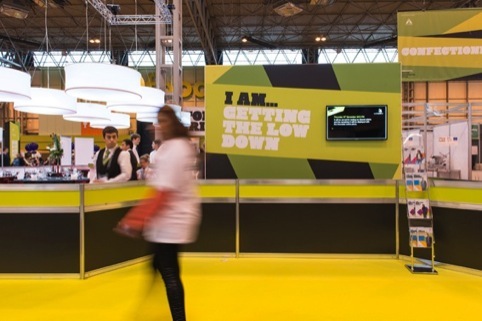 Thye branding is used on different areas of the NEC, including Showcase, Spotlight and the Have a Go sections.

He adds, ‘The system also has enormous flexibility, the ribbons can flow along the floors and up walls and different colours can be used to delineate different sections.’ 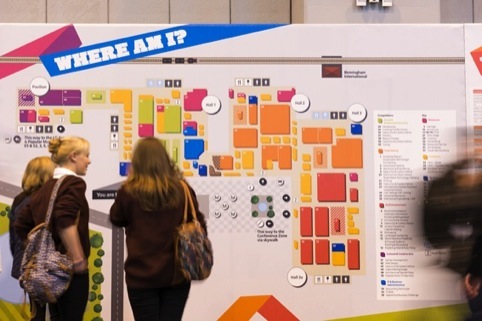