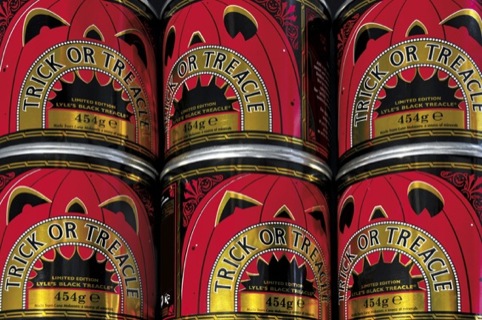 The consultancy was briefed to create the Halloween packaging following its work on the Happy and Glorious Lyle’s Golden Syrup packaging, which was developed for the Queen’s Diamond Jubilee earlier this year. 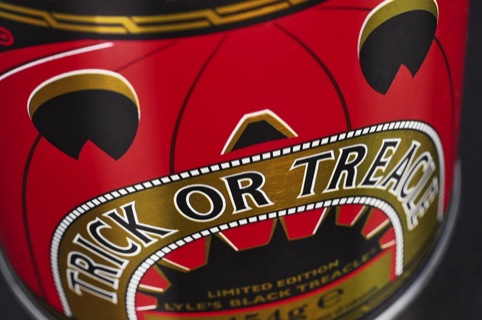 For its Halloween work, Design Bridge has kept the arch-shaped graphics, lettering style and Victorian detailing, by replaced the logo with the phrase ‘Trick or Treacle’. 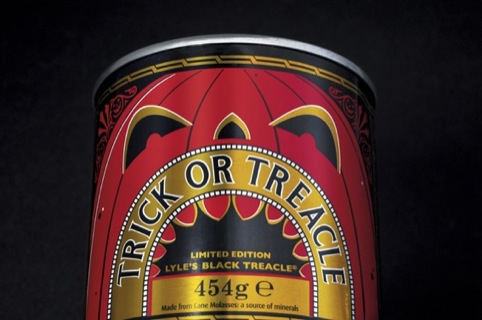 After all the treacle has been eaten, the tin can then be turned into a ‘pumpkin head’ and used, for example, to collect trick-or-treat sweets or to hold tea lights. 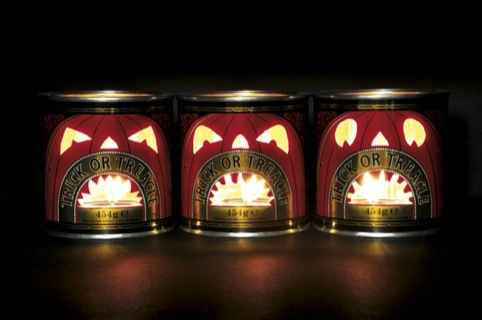 Design Bridge creative director Asa Cook says, ‘The concept was to turn the entire pack into a pumpkin head – fun and engaging for kids and perfect for reuse as a trick-or-treat collection pot during Halloween.’

He adds, ‘Since everybody carves their pumpkin in a different style, we created three different characters – creating a feeling of interaction between the packs on shelf and collectability.’