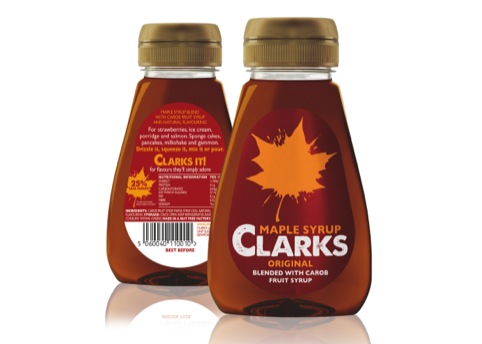 The logo features a playful maple leaf splat on a coloured background, which varies according to the flavour of the syrup.

Bob Clark, chief executive and founder of Clarks, appointed LBD to develop a new logo for its maple syrup as well as redesigning the packaging of its entire product range.

Tim Leahy, managing director of LBD, says the challenge was to ‘understand the audience and how they consume the product and then define what’s different about the Clarks brand’.

Leahy says the consultancy aimed to create a ‘simple visual identity’ for Clarks that unlike many of its competitors wasn’t focused on ‘history and authenticity’. 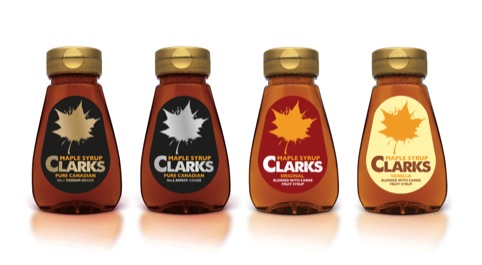 ‘When we looked at their range of syrups, it was clear that they were very product-led. We wanted to help them define the Clarks brand to give them a distinct position in the market place and great standout on the shelf,’ says Leahy.

The newly branded products will be sold in Asda over the Christmas period and will appear in Tesco, Morrisons and Sainsbury’s in January 2013.