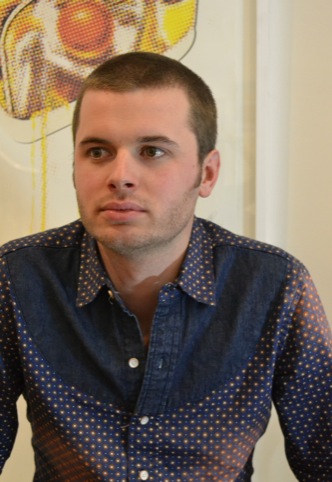 Squeezed between Noodle King and a disused hardware store in a less than salubrious corner of South East London, my favourite restaurant isn’t a lot to look at from the outside. A passer-by could be forgiven for missing it, and even if they spotted it, giving it a miss. The food is good, some of it really good, but I’ve often had better and it leaves my other half feeling unwell every time we eat there.

For years though we’ve been going back, and without fail we leave basking in the warm glow of satisfaction that our seemingly every decreasing pot of disposable income is being well spent.

I’d never fully understood exactly what makes it such a special place, bizarrely until I read Angus’ piece on this very site earlier in the month, discussing the travesty of an experience that nine out of ten of us face every time we pass through airport security. The article resonated in particular as I’d flown the previous day from Luton to Paris, (the unfortunate result of missing the cheap Eurostar deals).

There were many reasons I didn’t enjoy my journey, not least the rampant profiteering discussed in recently in an article on the BBC website. That aside though, when I was abruptly stopped by a member of the airline staff before boarding I wondered aloud as to why it was that if I have two bags that, when combined, are well within my luggage allowance, I am not allowed to board the plane? “Erm, because you’re not allowed.”

This completely opaque response is seemingly commonplace at airports, and leaves customers confused and resentful of the numerous hoops they have to jump through for no discernible reason, when they should be concentrating on their forthcoming time away.

Luton Airport is not a pleasant experience aesthetically, but would I have felt any different had the same experience occurred within the grandiose surroundings of Heathrow T5? Probably a bit but not much. Why? Because I don’t understand why I was being asked to perform time-consuming and seemingly inane tasks in order to board a plane for a journey I had paid for. T5 is undoubtedly a more pleasant environment in which to carry out said tasks, but it doesn’t solve the issue of poor and confusing service.

Passing through A&E departments across the country can be equally as unpleasant and confusing. With the current state of the public purse, not many casualty departments (or airports) will be given the T5 treatment and become a beacon of glass, steel and Gordon Ramsay restaurants any time soon.

However all is not lost. Pearson Lloyd’s approach to addressing the difficulties in managing a very tricky operation (as service provision in airports and A&E departments undoubtedly is) suggests that increasing transparency and explaining the process a patient is going through can play a key role in improving the experience.

Best of all, this can often be achieved through inexpensive interventions and by simply considering design as an enabling process as opposed to a preventative measure. If a person using a service is aware of what point they are at in a system, how long they might be there for, and why that stage is important, confusion and therefore frustration is immediately quelled.

Even in the best-case scenario, not all services are pleasant. Neither airport security or A&E wards will never be anyone’s idea of a good day out.

However, I’m sure I’m not alone in feeling I’d be happy to queue for 40 minutes, take my shoes, belt, and jumper off, my laptop out of my bag and it’s protective case, place everything in a separate tray, and put it all back and into one bag as opposed to two a minute later if something could just explain why each stage is important. And do so rather than hiding under the blanket of international terrorism as an almost certain occurrence should we dare to question our complicity in the process.

Service design is no longer new, but humanising it still seems to take a back seat at times. For example, if you are to passing through Luton airport security, you can now pay to be fast-tracked. This service has been designed, but is not a solution to a failing system and certainly does not appeal to a collective sense of patience, education and equality. Could the investment in that system not have been spent on increasing understanding of the security process in a similar vein to Pearson Lloyd’s approach to the challenge in A&E? Or, do we prefer the notion that some people are just more equal than others?

Transparent, honest services offer everyone a level playing field and equip customers with an understanding of the process they are going through. Arming service users (or people as they are sometimes known) with knowledge breeds empathy for those imposing what are surely perfectly reasonable rules and restrictions. This in turn makes for a calmer, more pleasant customer journey.

In the absence of public finances to create a T5 in every instance, it would be great to see more design emphasis placed on making us, the service user, feel included in the process as opposed to ostracised from it, whether we’ve broken our leg or we’re off for ten days in the sun.

And what does this have to do with my favourite restaurant? On our second visit my other half mentioned to the proprietor that she’d felt ill on her previous trip. His immediate response was that it must be the amount of MSG in the soup. He said he’d make some for her without so much MSG and see if it was any better. He then said our food would probably be late because he had to put his daughter to bed.

It would have been easy to keep us in the dark in both cases, but his complete honesty about the uncomfortable realities of running a service within limited means made us feel respected and valued. We waited ages for our food, and my other half still felt ill, but we understood why in both instances, and that made all the difference.

Tom Tobia is a designer specialising in collaborations with people, communities and institutions to tackle social challenges through e service design and public realm interventions. http://tomtobia.com/ Find him on Twitter @TomTobia

What to do with New York’s payphones?