The design for the 1968 Olympic Torch was the first to properly incorporate the brand identity for the Games. Torch designer, US sculptor James Metcalfe, adapted the rather cool Mexico City Olympics identity created by his compatriot Lance Wyman. When viewed from the side, Metcalfe’s torch looks a bit like a clunky egg whisk, but when the torch is viewed from above, Wyman’s identity can be seen, encircling the Olympic flame.

A fittingly bombastic piece of Soviet-era design, Boris Tutschin’s 1980 torch apparently took two years to develop. Tutschin stacked the five Olympic rings on top of each other at the top of the torch and crowned them with a red star (of course). Despite its rather unwieldy look, this was actually one of the lightest Olympic torches ever produced. Made from aluminium it weighed in at just 700 grammes.

Like Munich 1972, the Barcelona 1992 Games are generally considered a ‘designer’ Olympics. The 1992 torch was created by Catalan industrial designer Andre Ricard, to an industrial-looking design (fittingly perhaps given Barcelona’s industrial heritage) using chrome and gold-plated aluminium. The torch is one of several design icons from the Barcelona Games, which notably saw the regeneration of the Monjuic and Barceloneta areas of the city. 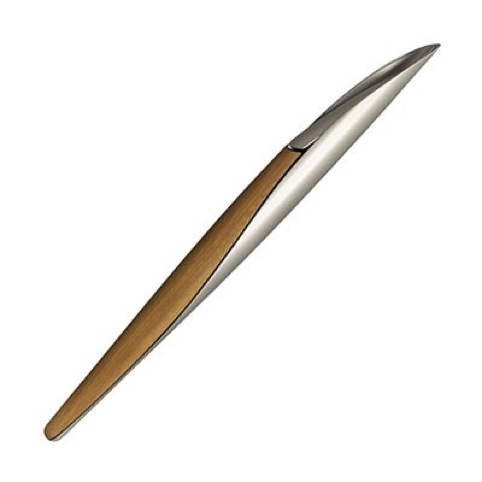 This space-age design uses an intriguing materials palette of stainless steel, aluminium and olive wood. Industrial designer Andreas Varotsos says the torch design aims to evoke the ‘harmonious shapes and lines of Greece’s sacred olive tree leaves. Varatsos says he also referred back to the ancient Greek adage of pan metron ariston (all things in moderation) to give the torch its structure and simplicity. 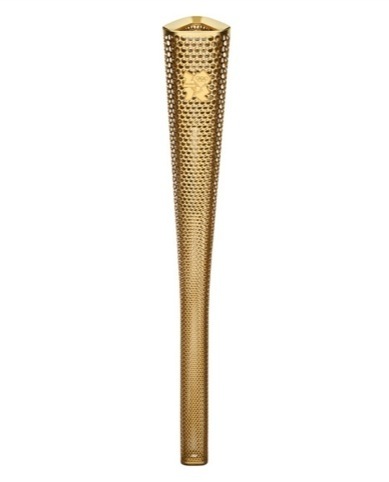 Currently making its way around the UK, Barber Osgerby’s torch design follows an international tender run by Locog and the Design Council. The gold-coloured torch is perforated by 8000 circles, which represent the 8000 torchbearers who will carry it on its 70-day relay around the UK. When the Games begin on 27 July, the torch will be used to light a Thomas Heatherwick-designed cauldron at the Olympic Stadium. The cauldron design has yet to be unveiled…