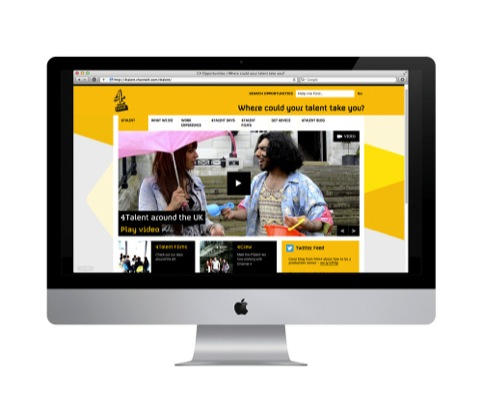 4Talent is Channel 4’s scheme aimed at supporting people hoping to break into the media industry.

The site, at 4talent.channel4.com hosts 4Talent, People Development and 4Jobs – Channel 4’s jobs site. It also acts as a platform for films produced by 4Crew, five creatives who have been successful in Channel 4’s new talent initiative. 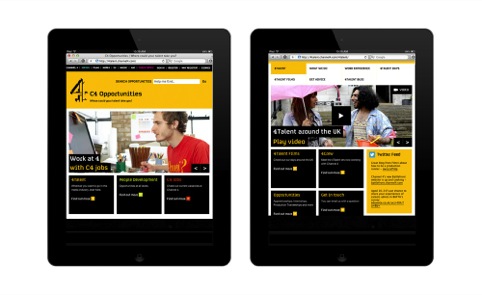 Tokyo Digital says that it conducted research with the 4Talent audience and has aimed to create a simplified experience that is more visually stimulating and less text heavy than the previous site.

The responsive site can change its layout depending on screen resolution and platform.

Aaron Bimpson, director at Tokyo Digital, says, ‘Hopefully our redesign and responsive format helps the site reach an even wider audience with a more dynamic user experience on mobile devices as well as desktops.’