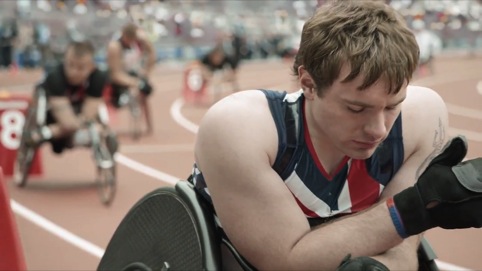 The first is Channel 4’s promo for its forthcoming trailer of the London Paralympics Games, which aired on Tuesday night.

The trailer, by the 4Creative team, features a stirring Public Enemy soundtrack over high-production shots of athletes looking pensive and awesome. 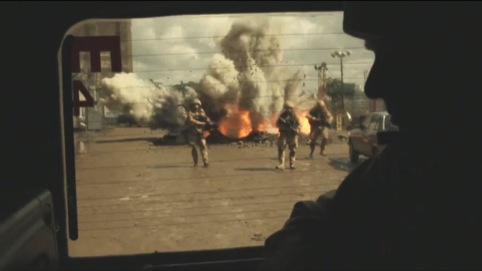 So far, so Adidas or Nike. But what stops you in your tracks is the middle section, which tells the personal story of some of the Paralympians – showing an explosion in a war zone, a pre-natal scan, and a dramatic car crash.

This is a rare piece of broadcast work that manages to be exciting, inspiring, thought-provoking – and damn cool. We can’t embed Channel 4’s clip at the moment, but you can watch it on YouTube here: www.youtube.com 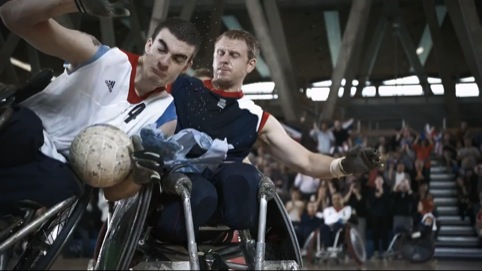 The second ace piece of work also has a broadcast angle and is an interactive piece that combines old and new technologies to stunning effect.

To promote upcoming US TV crime show Perception, New York consultancy Breakfast has developed an installation based around the black-and-white analogue sign technology of yesteryear.

Breakfast has hacked the technology to make the dots spin faster (15 times faster than originally designed to) and – and this is the genius bit, create real-time reflected images of people walking by.

The central character in Perception has the ability to solve anagrams instantly – ‘seeing’ the words come together. A slightly flimsy premise for a TV series perhaps, but nevertheless…

Breakfast took on this premise to develop an installation where people walking by will ‘knock’ the black and white words away with their reflections – thus revealing an anagram.

Two great projects – both notable firstly for their top-notch production and creative solutions, but both underpinned by really strong strategy and story-telling. What more could you ask for?

Venture Three and Method work on Now TV for Sky