A typographic mural, which has been installed on a shopping centre in the town centre, reveals facts such as that Queen Elizabeth I spent a night in Caldmore, and that the current Queen’s handbags are made in Walsall.

It also contains wayfinding information, such as that the Arboretum is seven minutes walk from the mural.

The Manchester-based consultancy was appointed to work on the wayfinding scheme last year alongside fellow Manchester group Urbed. 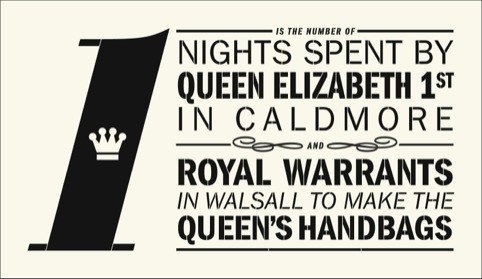 Walsall Metropolitan Borough tasked the groups with taking ‘an imaginative approach to wayfinding’, according to Urbed’s Jonathan Brown. 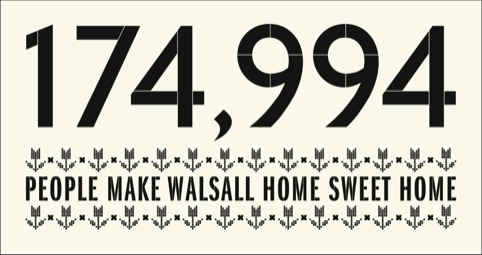 The 22m-long typographic mural is the first wayfinding intervention to be installed, and United Creatives creative director Chris Edmunds says he hoped it will be followed by more permanent installation made from ceramics.

The current installation has been hand-stencilled using micro-porous paint and is protected by a graffiti-proof sealant.

Fashion label B Store to be replaced by Other brand