WMH says it has aimed to ‘turn the usual approach of creating a brand identity on its head, where a “logo” is traditionally created and then a 3D version of it appears in the company’s reception.’ 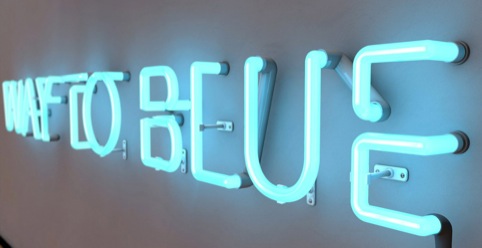 Instead, the circular neon artwork is photographed and different elements are used on collateral such as business cards. 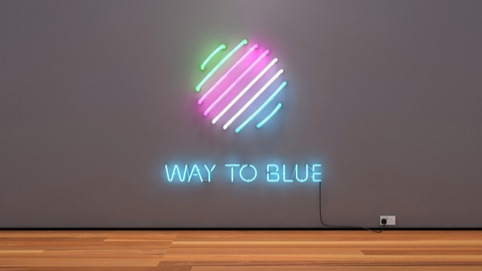 Garrick Hamm, creative director at WMH, says the identity is ‘a stripped down modern version of a badge of honour that shows the four global disciplines of their business approach [listen, think, amplify and engage].’

Swanton says, ‘They managed to bring that identity to life in the 3D environment at Broadgate’s marketing suite. This is essentially what we wanted to achieve at Way to Blue.’