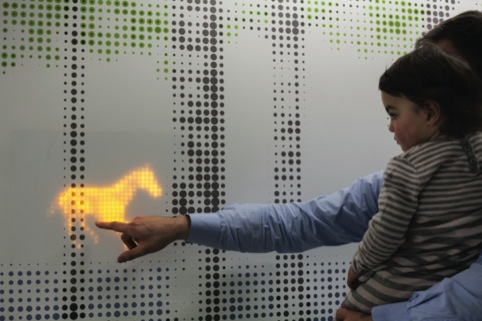 Jason Bruges Studio was briefed to design and install a distraction artwork to create a calming yet engaging route to operating theatres for young patients at Great Ormond Street Hospital for Children. The wall has become a digital ‘nature trail’ – a natural canvas with various forest creatures such as deer, hedgehogs and birds. The installation uses bespoke graphic wallpaper and integrated LED panels. 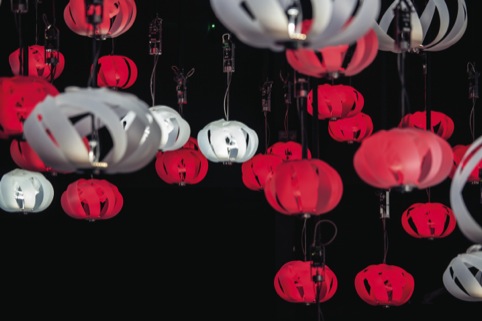 Aerial Dynamics was a light installation developed the Coca-Cola Beatbox, the Pernilla & Asif-designed Coca-Cola pavilion for the London 2012 Olympic Games. The show has been designed to emulate the effervescent energy released when a bottle of Coca-Cola is opened. A total of 180 mechatronic bubbles ‘glow’ rhythmically in time with a Mark Ronson track. 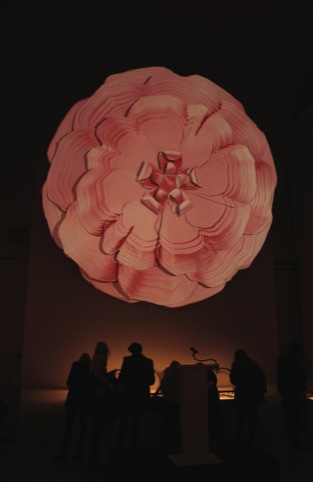 Valentino, Master of Couture, for Valentino, by Framestore

Framestore’s Labs and Design team created an animated film for Somerset House’s Valentino: Master of Couture exhibition – projected on to a three-dimensional rose. The consultancy used Valentino’s work as the basis for an animation, which incorporates the fashion designer’s rose insignia. Two projector were needed to make sure the imagery could reach deep inside the rose canvas, without creating shadows or distortion. 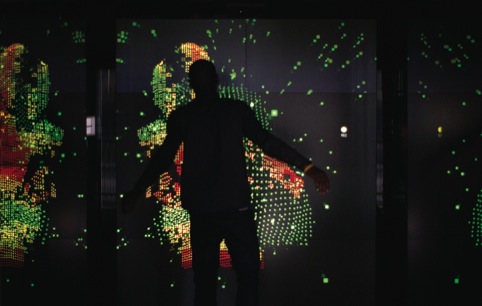 As part of the Nike Fuel Station in London’s Boxpark, AKQA was commissioned to launch the Nike+ FuelBand in the UK. The consultancy aimed to turn the retail experience into a sport, using a Microsoft Kinect hack. An installation creates a 3D particle mirror of the body – the more you move, the more of your body turns from red to green. All activity is recordable, and results can be shared through a custom iPad web app.