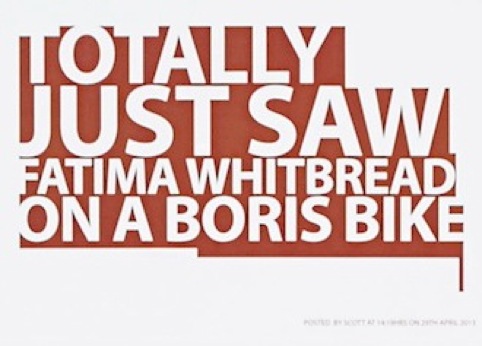 The work, London Wall W1W, culls Tweets sent from within a 1 mile radius of the gallery, which are then turned into posters.

The graphics will be added to the gallery’s walls throughout Thompson & Craighead’s exhibition, forming an ever-developing work.

It already features 140-character insights including ‘The film Munich is so old I can remember reading about it on Ceefax’, ‘Wish I could be a voice artist for the rest of my life’ and ‘I love weed’.

London Wall W1W is one of several pieces in Never Odd Or Even, which is the first UK survey of Thomson & Craighead’s work. 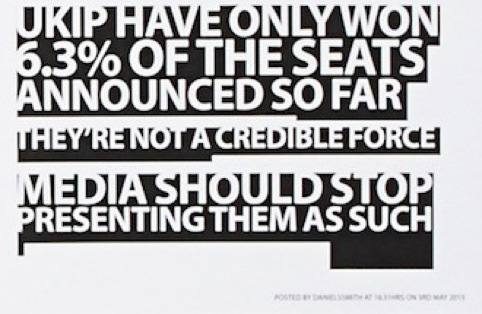 Other pieces include More Songs of Innocence and Experience, which displays unsolicited spam email texts as though they were on a karaoke machine, and Time Machine in Alphabetical Order, which recuts the 1960s film Time Machine so that every spoken word is sequenced in alphabetical order. 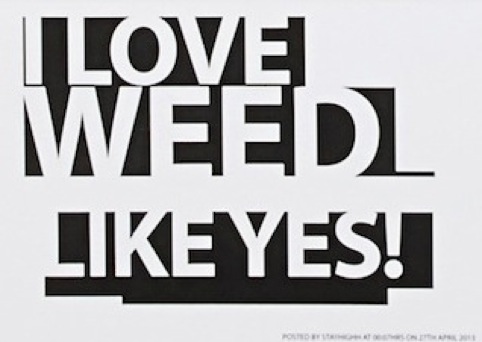 Thomson & Craighead, Never Odd or Even, is at Carroll/Fletcher, 56-57 Eastcastle Street, London W1W from 24 May-6 July.

A new look for the Whitney – a ‘responsive W’