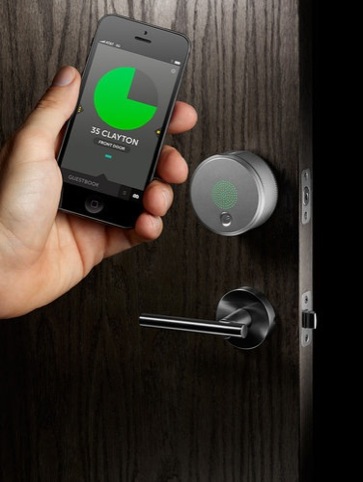 The lock can be installed over existing deadbolts, and uses a Bluetooth connection with smartphones to allow people to lock or unlock doors.

Users can send ‘virtual keys’ to guests or people they would like to allow in. These can be set for specific times and disabled at any time. 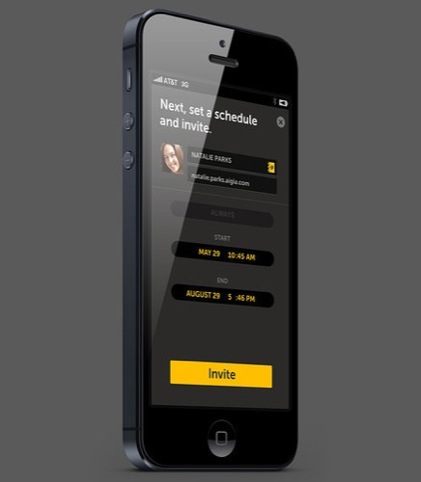 When the homeowner or guest arrives at the door it will unlock automatically, without you having to take your phone out of your pocket, and lock behind you.

The say the device relies on the same secure communications technology used for online banking, while the August lock itself has its own power-source, so will work even if the home’s power or WiFi connection is down. 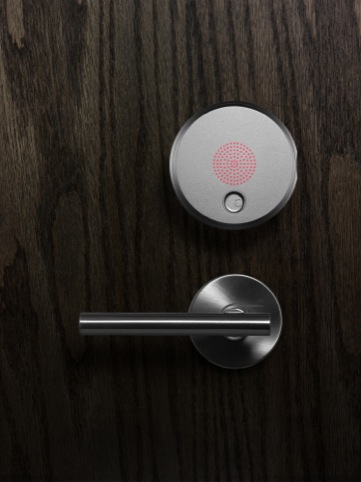 If the phone is lost, stolen or runs out of battery, users can log on using the August website to remove authorisation for the device or allow the door to be unlocked.

Behar says, ‘August is about technology that puts you at ease – that is sure and reliable.’