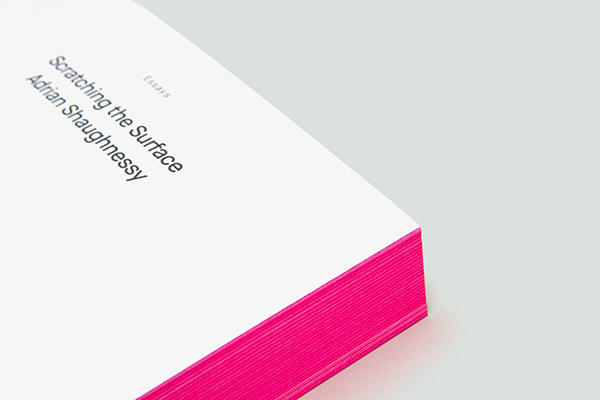 And you can also bet that he’s written about it colourfully, eloquently and (occasionally) controversially.

Scratching the Surface, published by Shaughnessy’s own Unit Editions, brings together his writings from 1995 onwards, for titles including Eye, Design Observer, Creative Review and Design Week (he was a DW columnist from 2004-2010 and remains an occasional contributor).

Shaughnessy – originally a graphic designer – took an interesting path into writing. He claims he initially took to it through forcing himself to write written proposals for clients and then became inspired by the burgeoning discourse around graphic design in the mid-1990s – ‘I knew instantly that I wanted to be part of the debate’. 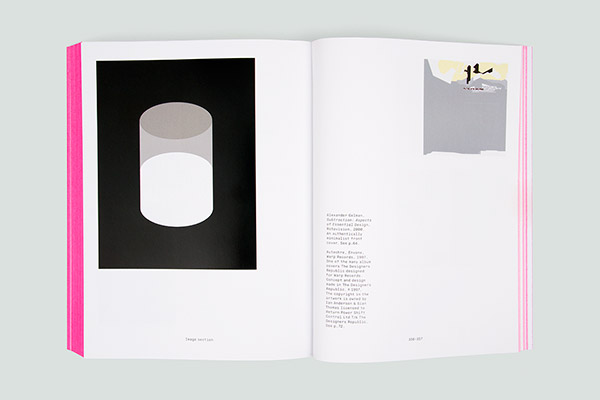 Since taking the plunge with is first piece of commissioned writing, for Rick Poynor’s Eye in 1995, there are few debates that Shaughnessy hasn’t been involved in.

Scratch the surface of Scratching the Surface and you hit upon the thematic strands that have formed the UK graphic design landscape for the past 20 years – education, internships, definition of practice, the value of awards etc.

In his piece on the 2011 English riots he builds on the legacy of First Things First and Adbusters to call for a new, socially responsible breed of design. ‘For the past three or four decades the major role of graphic design has been to create the branding and collateral of desire.’

And Shaughnessy’s journey of reaction to the London 2012 Olympic logo is one we can probably all identify with, ‘This was my first response to the London 2012 logo. I hated it. But… my view changed over time. I still think it’s ugly, almost offensive, but I have come to admire its intention and ambition.’

The Profiles section of Scratching the Surface features cameo appearances from some of the leading figures in graphic design, and it is here that the colour in Shaughnessy’s writing really comes into play.

There’s Bruce Mau (‘I’ve seen the future of graphic design. It’s short, portly and dressed from head-to-toe in black’) and Michael C Place (‘if you put a dinner jacket on him he could pass for a nightclub bouncer’) and, of course, Neville Brody, (‘a glowing example of the creative individual who refuses to settle back with pipe and slippers’).

Scratching the Surface is simply designed – by Spin’s Tony Brook with Shaughnessy and Elena Carl – and one of the joys is the sprinkling of hot-pink, frequently pedantic footnotes.

Scratching the Surface, by Adrian Shaughnessy, is published by Unit Editions priced at £20.

New News Corp logo is based on Rupert Murdoch’s handwriting